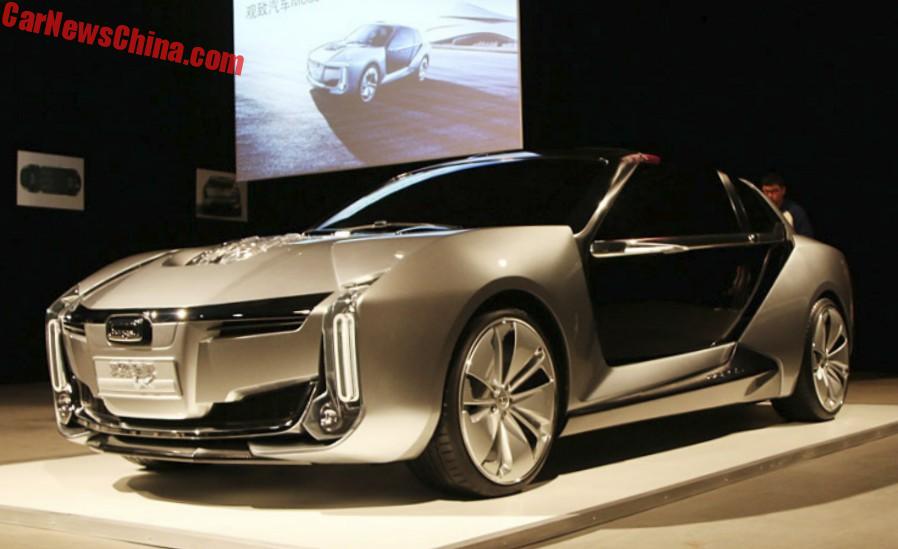 Koenigsegg and Qoros have launched the K-EV, two days before the start of the Shanghai Auto Show. The K-EV is an electric supercar concept, previewing a Qoros-branded electric sedan that will hit the Chinese car market in 2019. The K-EV has a massive 1306 horsepower. 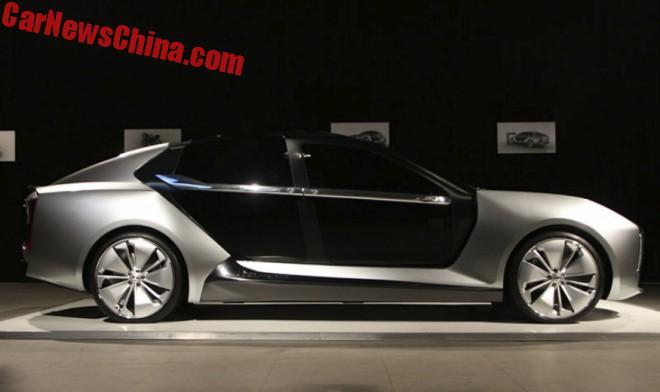 The electric power train was developed by Koenigsegg and is based on an 800-volt architecture, companies said the drive line is similar to the electric setup of the Koenigsegg Regera PHEV. That however seems marketing spin as the triple electric motors of the Regera ‘only’ deliver 700 horses. They did not give any more details about the K-EVs setup, but they did say that it will do 0-100 in 2.6 seconds and speed up to 264 km/h. Range is claimed to be 500 kilometers. 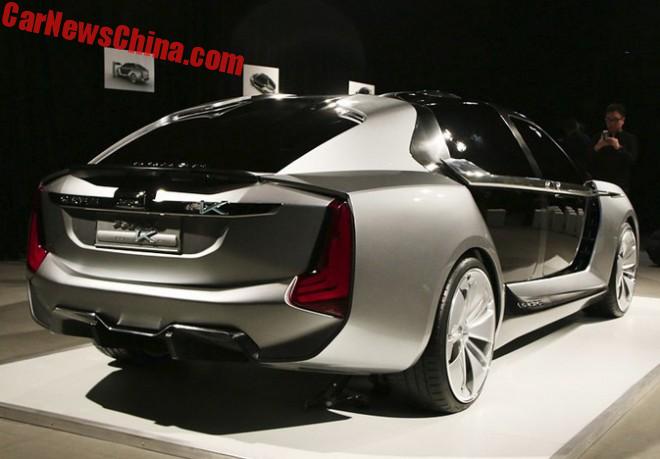 Qoros is very proud of their door design. It has a two-door suicide setup on the right and a single falcon door on the left. However, during the launch even all of these fancy doors stayed closed and shut. 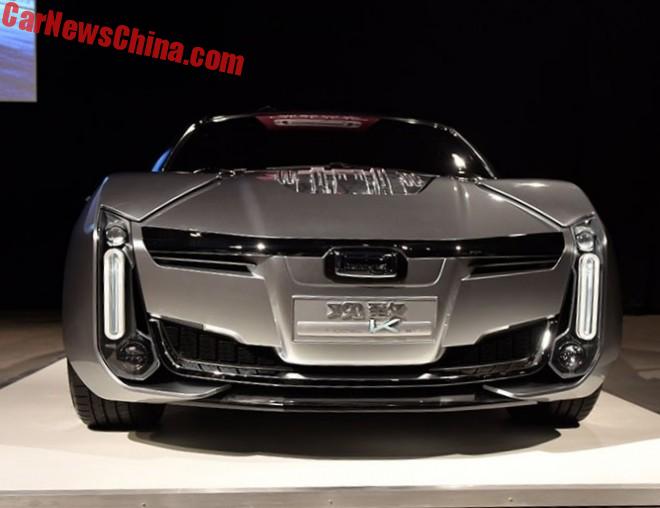 Design is interesting. Not very futuristic or surprising but still a million times more exciting than all the Qoros road cars taken together. 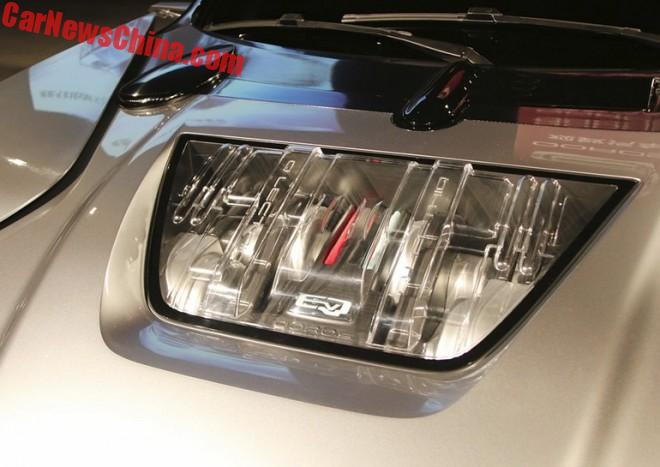 A view of a part of the electric system, located in the middle of the bonnet above the front axle. 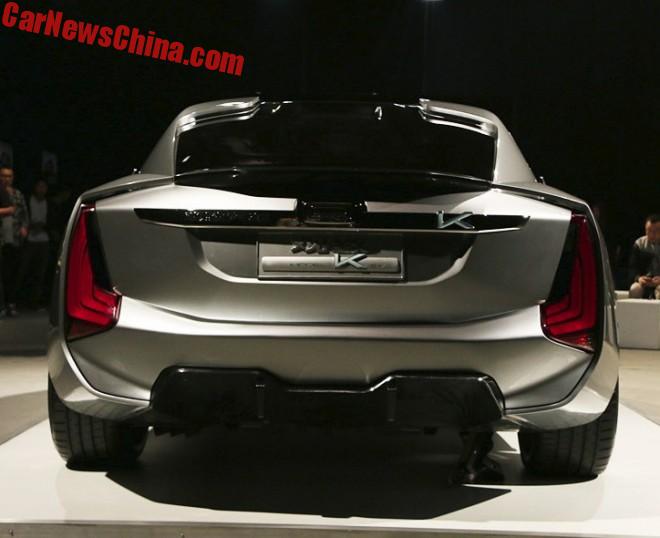 That is a very heavy piece of shine above the license plate area! Diffuser looks like it was glued on earlier this morning. 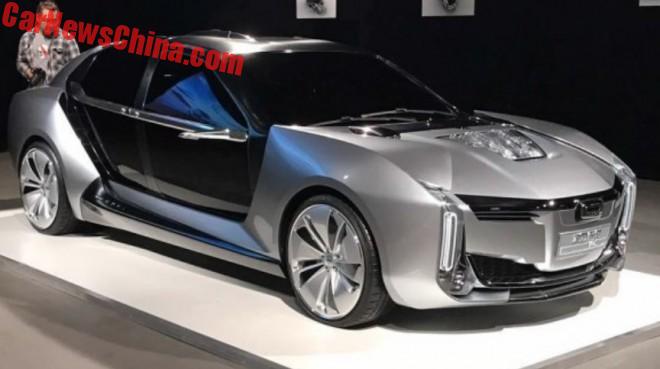 The K-EV has “aero dynamic design”, a fuzz word for tricks to optimize airflow. Air goes in the nose, out behind the wheels, in behind the rear doors, and out under the rear spoiler. The front and rear fender panels and the panel under the doors are made of carbon fiber; they are called “blades”.