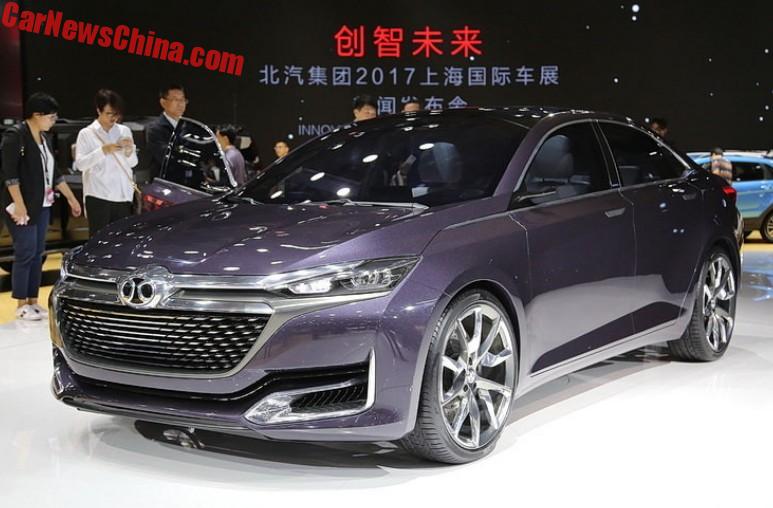 The new Beijing Auto Senova OFFspace D70 concept car has been unveiled on the 2017 Shanghai Auto Show, looking surprisingly modest for a concept car because it is very close to production. The OFFspace D70 previews the successor of the Senova D70 sedan, which is largely based the the first-generation Saab 9-5. 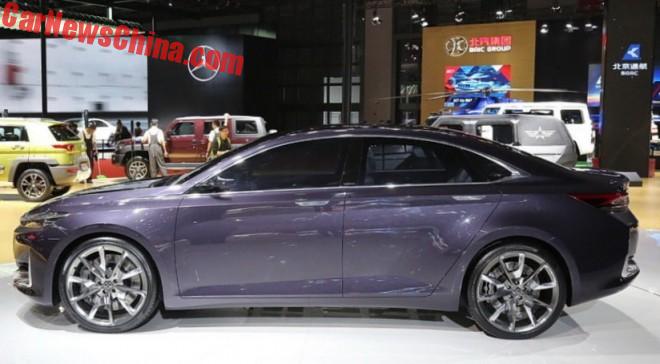 The OFFspace sure does away with any visual reminders of the Saab heritage, looking sleek and sporty with a short front overhang and a strong shoulder line. It is however not yet sure whether the platform will be new as well. Perhaps not, as it is reported that the new D70 will use exactly the same engines as the current car; 1.8 turbo, 2.0 turbo, and 2.3 turbo. The latter two are oldies of Saab.

Beijing Auto didn’t release any information about the power train of the concept. 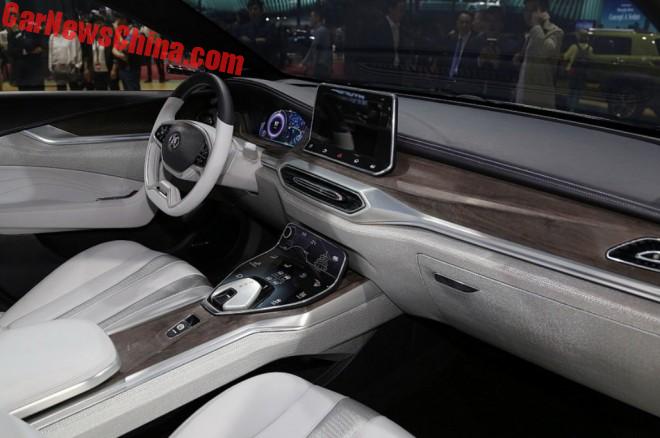 The interior is a vast improvement over the current car, a light color scheme with lots of leather and light wood. Basic design seems ready for production but some details are unlikely to survive, most notable the ultra cool control panel on the tunnel: 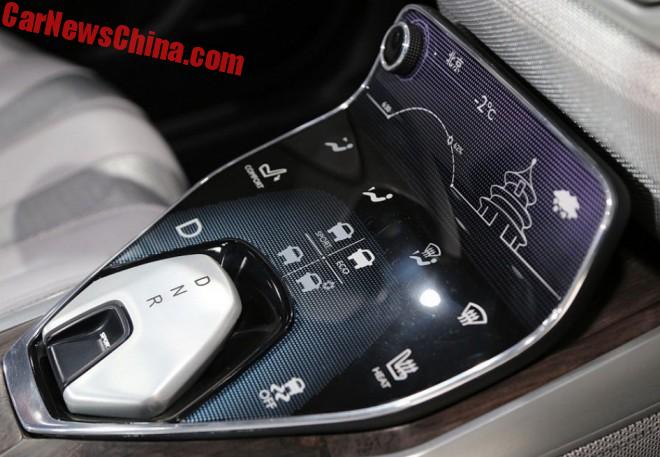 That is properly beautiful. The top part shows the weather in Beijing as being very cold with -2 degrees and snow. Happily, it is 18 degrees Celsius and sunny today in the capital. In Shanghai, where the car is, is temperature just reached 22 degrees on an cloudy day. The car’s weather report is thus completely wrong but it comes with a nice image of the Temple of Heaven, a famous Beijing landmark. The image will change in other cities. They should have put up something Shanghai for the Shanghai Auto Show… 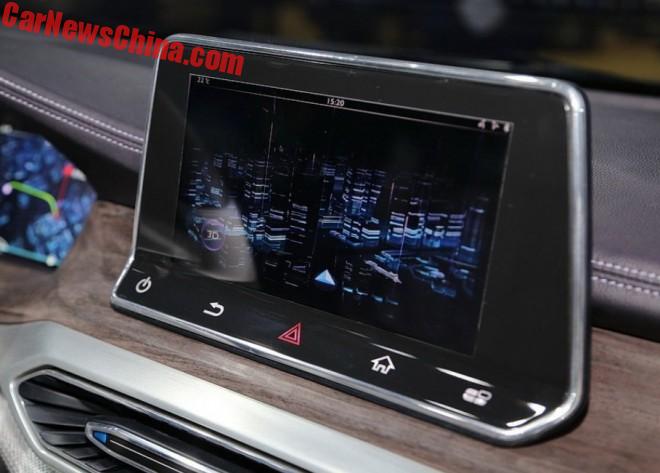 I really like how they fitted the screen on top of the dash, control panel is nice too, but the alarm button is completely out of place there. 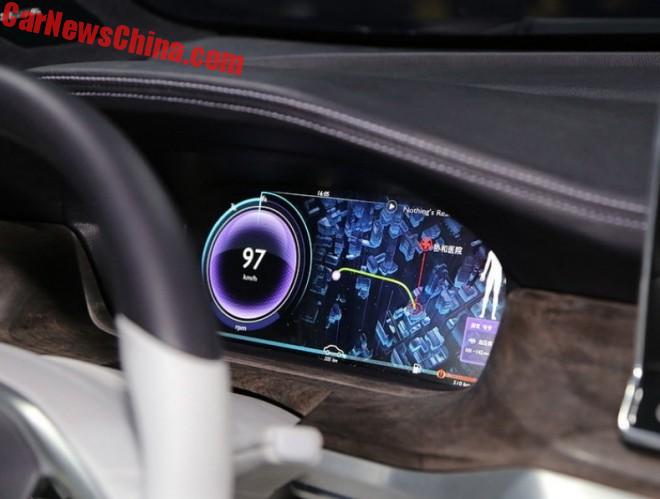 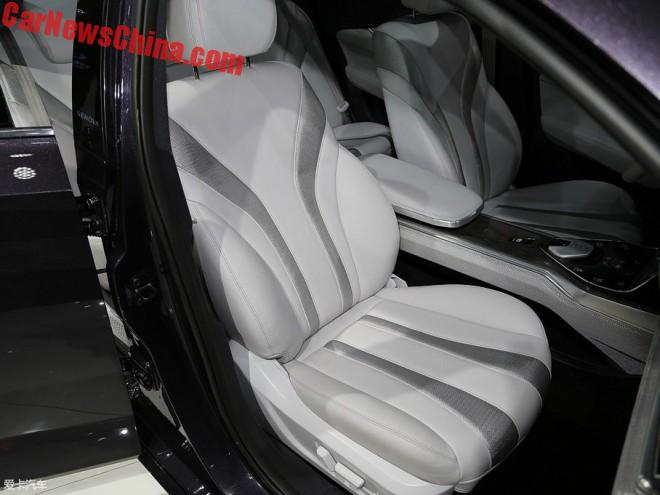 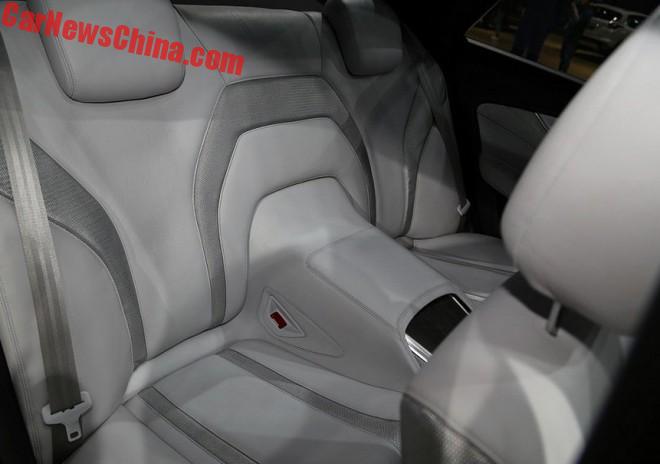 Not so sure about the design of the bench; that arm rest looks a tad too fat. 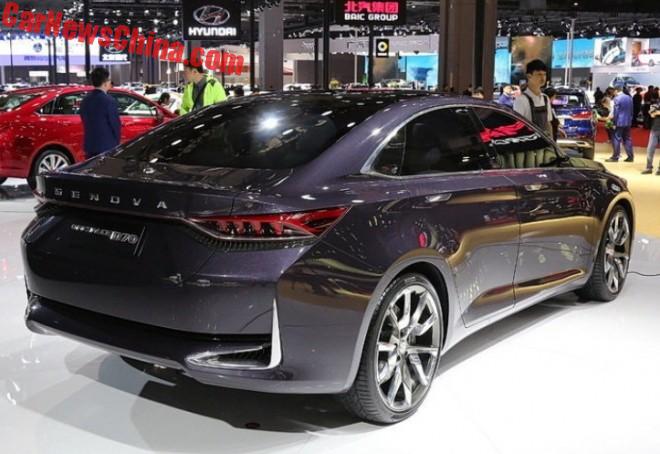 Senova name of the boot lid. Lights look great. Shiny pieces in the bumper are fast becoming a new trend, and Senova follows. 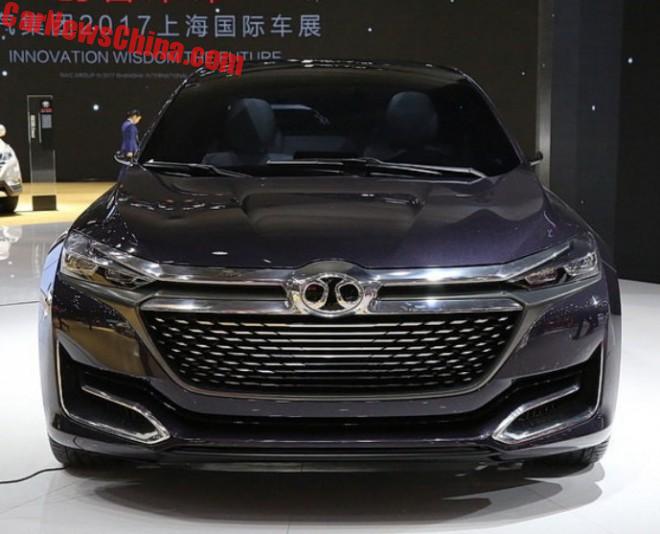 New grille design for the Senova line with a lot of shine. Beijing badge nicely integrated in the upper bars. More shiny in the bumper again. 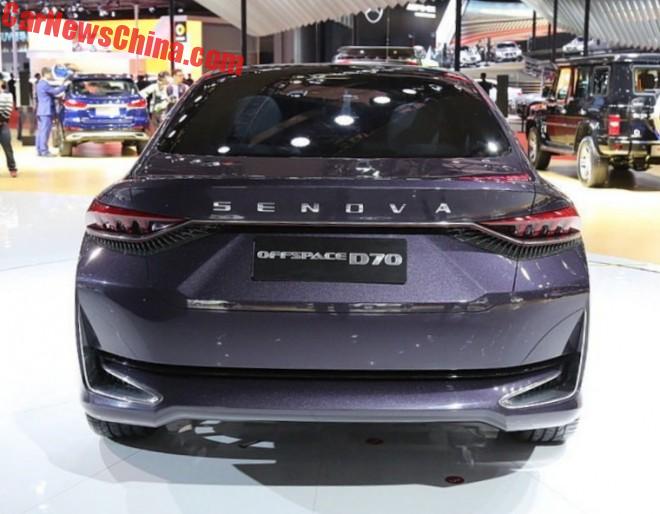 It is the second time that Senova is using the somewhat off OFFspace name for a concept car. The first one was the 2016 ‘OFFspace‘ which previewed a new design language for SUVs and we do see its lines coming back on the latest Senova SUVs today. 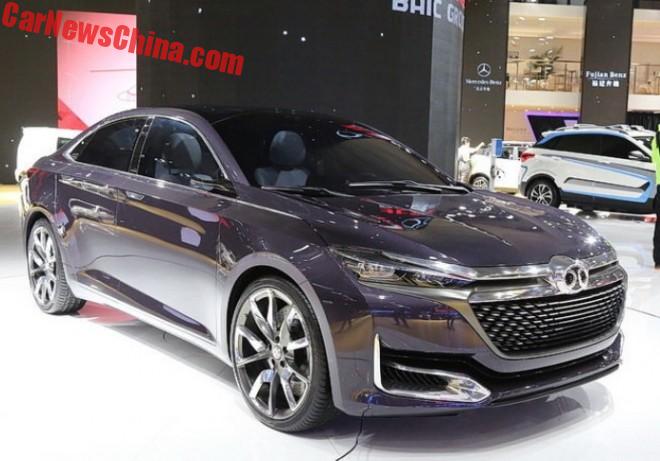