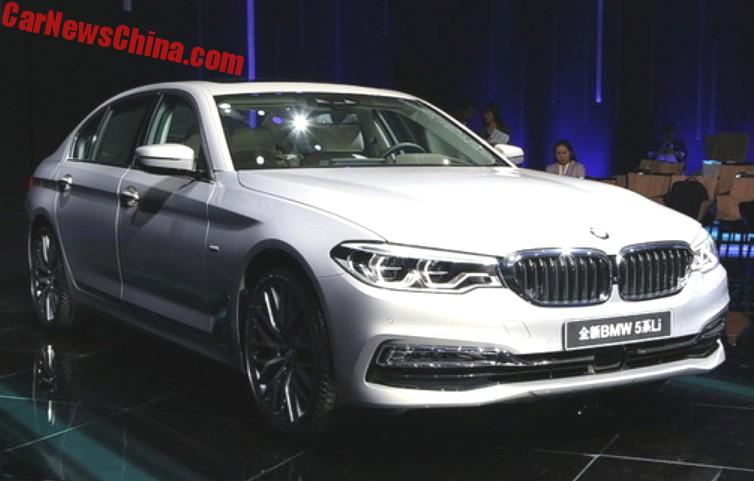 The new BMW 5-Series Li has been launched n the 2017 Shanghai Auto Show in China, debuting on a very poorly lit stage. The 5-Li is the long-wheelbase variant of the 5-Series, designated G38. The Li’s wheelbase is extended by 13.2 centimeters and it is marginally wider and higher as well. 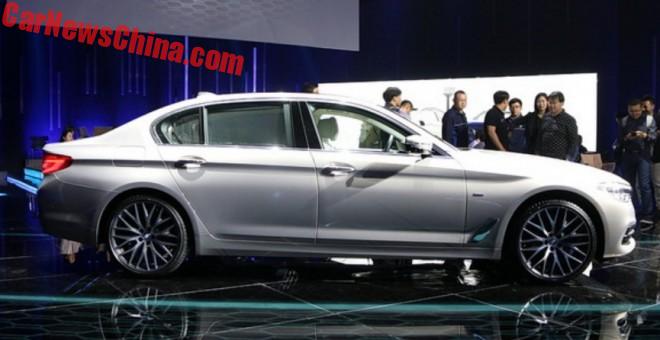 BMW went for a standard-design D-pillar instead of for a more special design like the E-Class L.

The long-wheelbase 5 competes with other locally made L cars including the Audi A6L, the Mercedes-Benz E-Class L, and the Volvo S90 L.

The 5-Series Li is manufactured in China by the Brilliance-BMW joint venture. 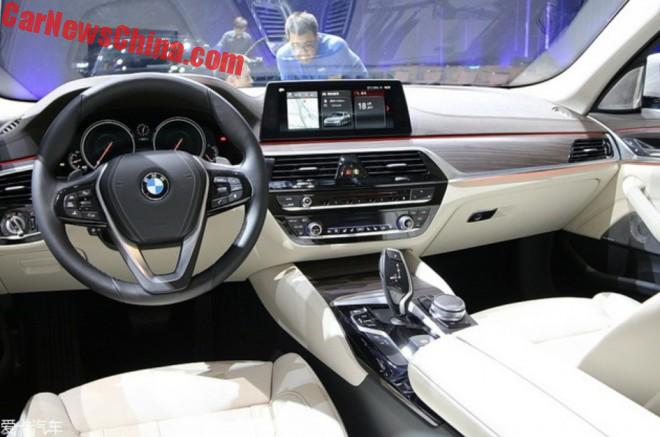 Still no digital instrument panel for BMW, which holds on to its old fashioned analogue dials. Mercedes and Volvo are fully digital already and the new A6 will go digital as well. 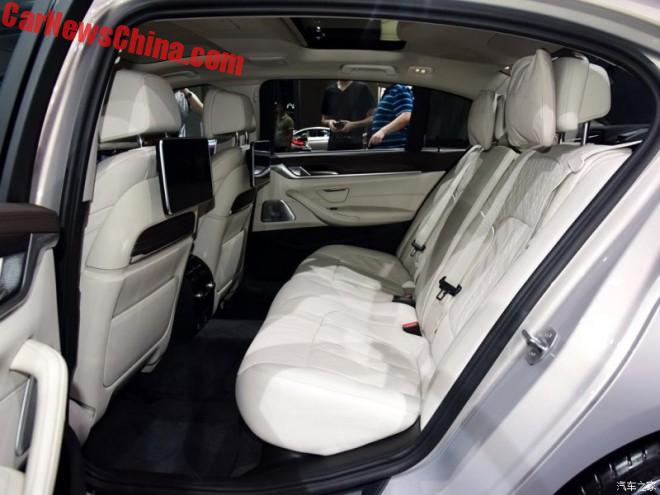 The white car on the photos is fitted with the Luxury package which included Nappa leather seats and a Bowers & Wilkins sound system, and two 10.25 inch screens for the rear-seat entertainment, which can be controlled with a touch-pad on the arm rest. 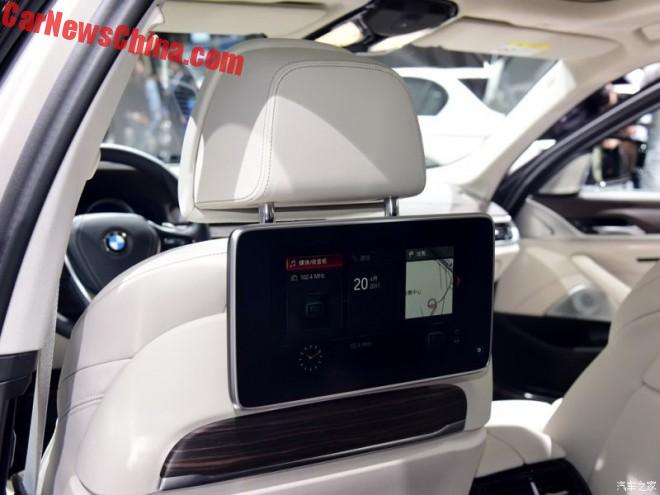 The base versions will go without the screen, which is really a pad. Passengers can take it off and take it out, so they never ever need to have their eyes off the screen. 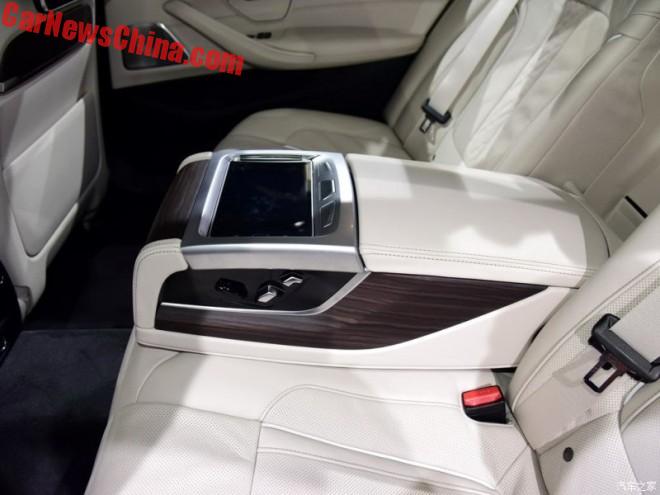 The touch screen in the arm rest doubles as… 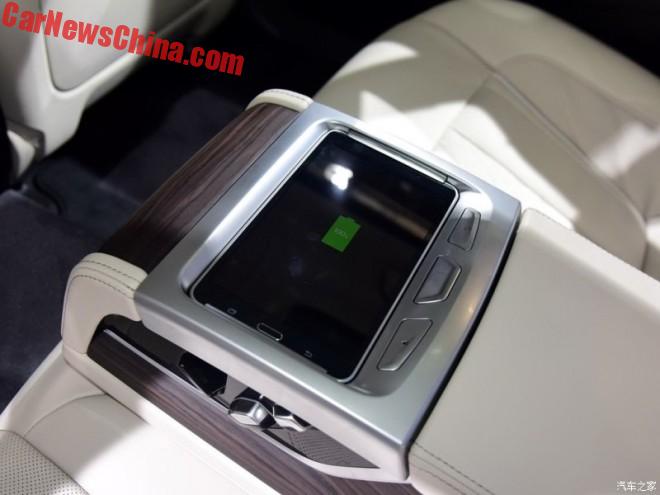 … a charger for the pad. And that is very interesting because it indicates that the pad is not automatically charged on its in-car position. And that means that it can run out of battery while the passenger is watching an exciting show. Oh no. 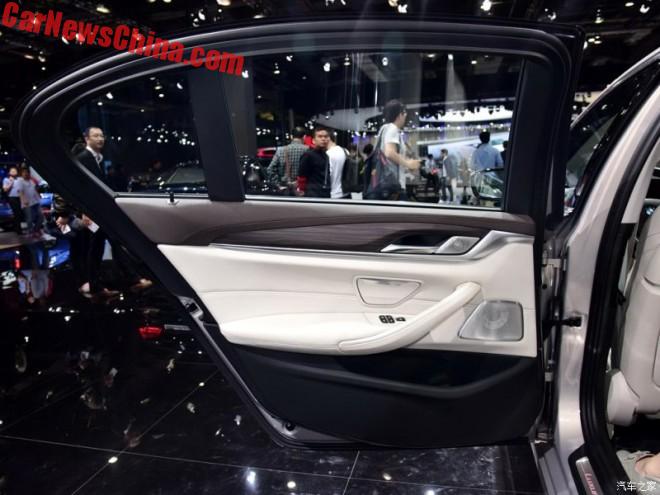 Dark wood and a rather small speaker. 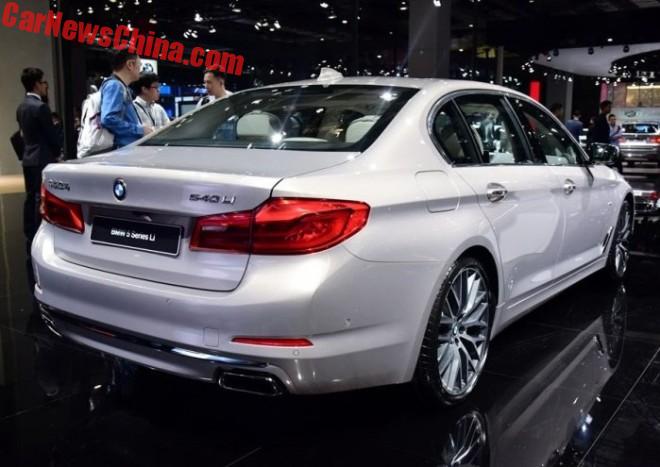 The 540 Li with the Luxury Package. 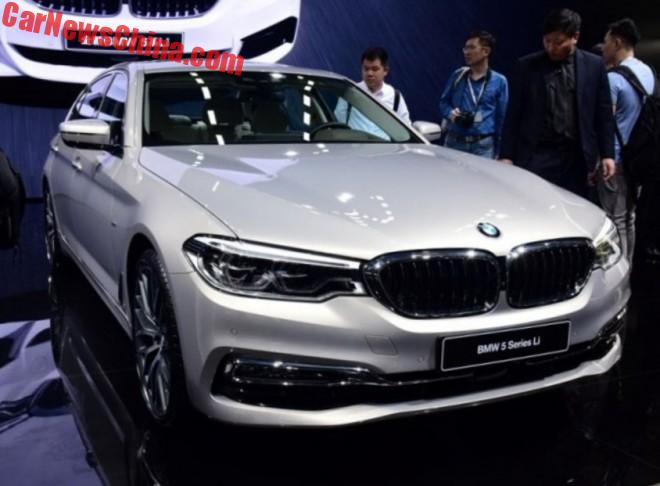 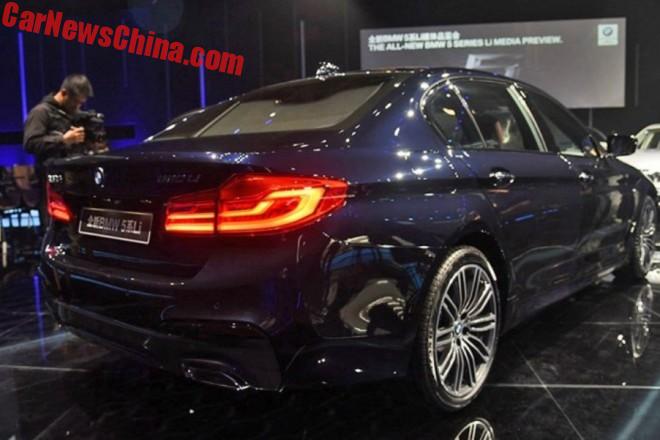 But! There is also another version available. This is the 5-Series Li M Sports. Yup, an M on a long-wheelbase car. And it is just a kit with fancy bumpers and wheels, nothing else. The kit is available on every model, seen here on the 530 Li. The horror. The M name is now officially dead. And where did BMW find these ultra enormous lights in a time where small and subtle are the fashion? On the same scrapyard of the past where they found the analogue dials, we bet. 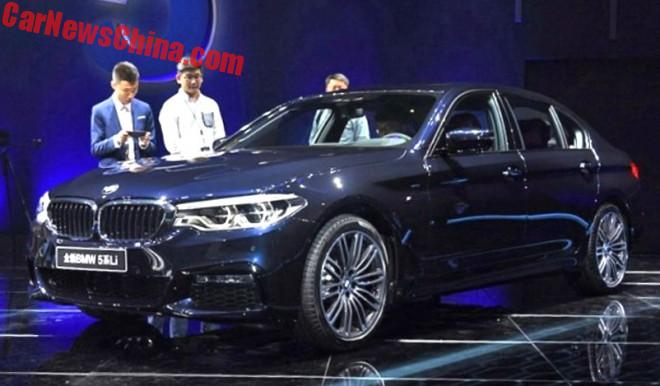 The M Sport. The alloys look great. Otherwise, at all not impressive.