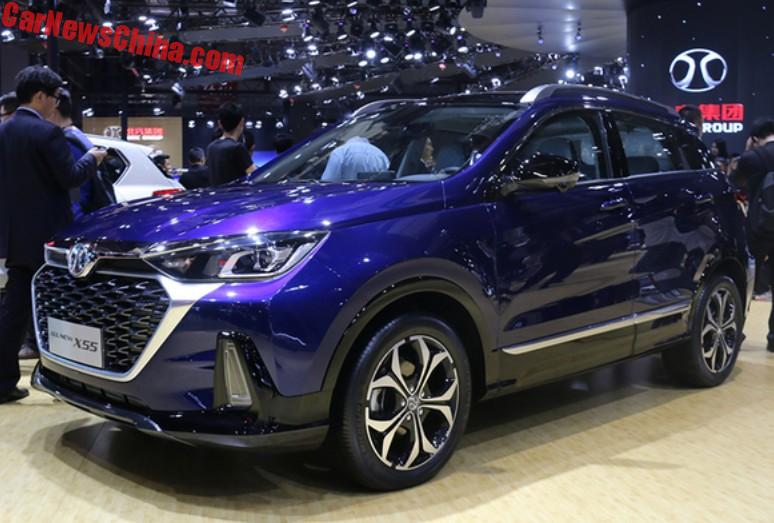 The new Beijing Auto Senova X55 SUV has been unveiled on the 2017 Shanghai Auto Show. But unlike the Senova D50 we saw earlier today this X55 doesn’t seem totally new. The current X55 was launched less than two years ago. 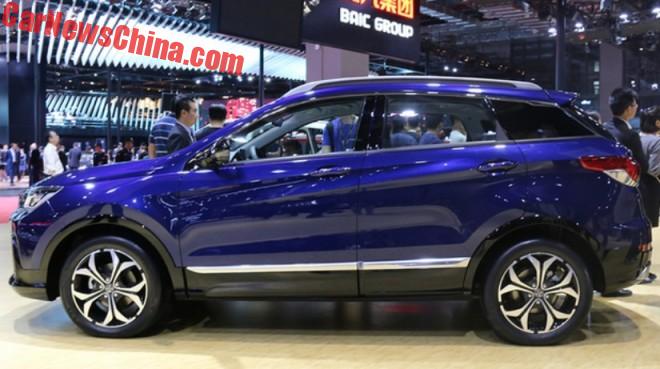 The front and rear are new, design of the C-D pillar is new too, but the overall shape of the body and the position of the pillars is the same. So basically this new X55 is a facelift, albeit a big one. 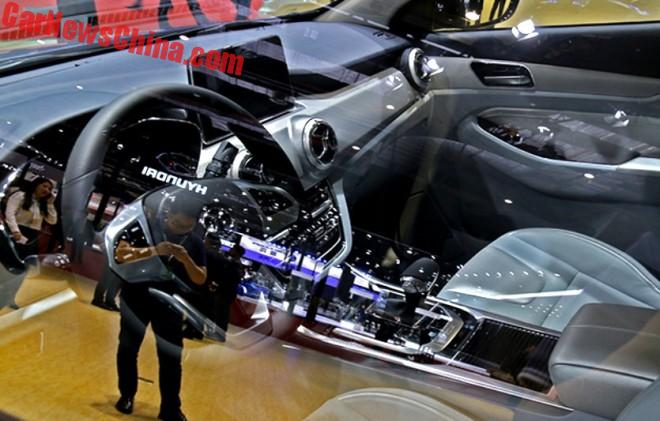 Interior is completely new and looks almost the same as in the new D50. Digital instrument panel and a small screen on dash’ top, round air vents all around and a nice new materials. 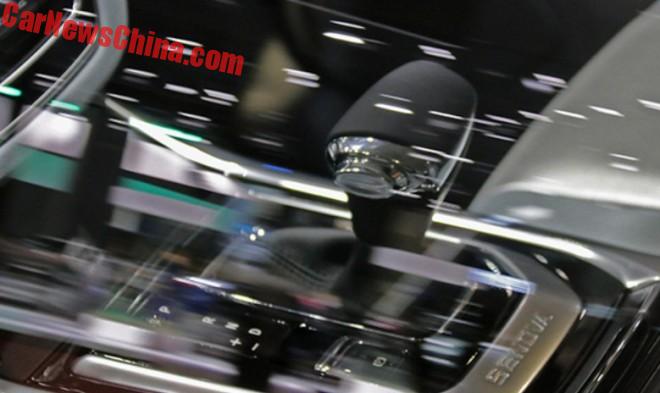 The new-facelifted X55 will likely continue to use the current engine lineup: 113hp 1.5 mated to a five-speed manual or a CVT, and a 150hp 1.5 turbo mated to a six-speed manual. No automatic ‘box available. 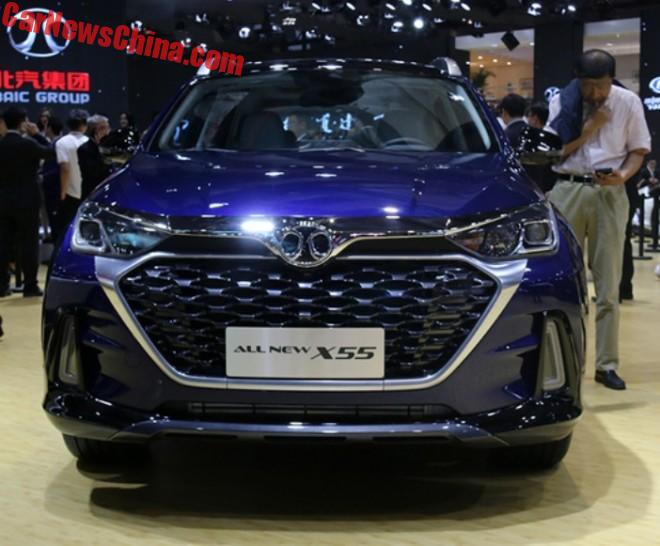 Again; the new signature grille of the Senova range with the badge nicely integrated in the upper bar. 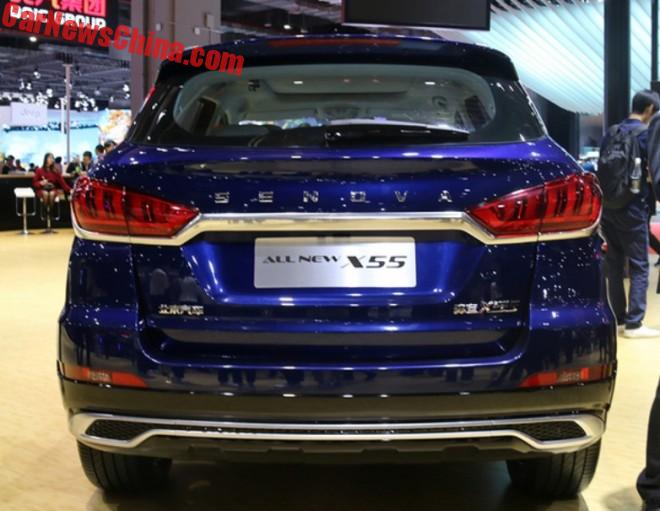 Big shiny strip between the fiery red lights. Senova name above said strip. Bumper with a bit of shine and the exhaust pipe is invisible. 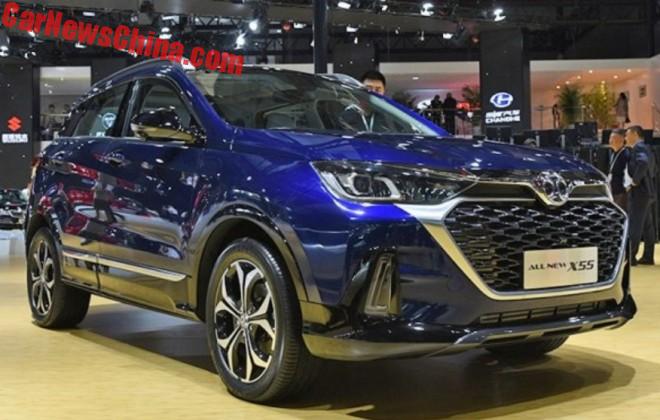 It is great to see that Beijing Auto is improving their design. The current lineup is solid but a tad too boring. The new design is certainly changing that. The Chinese car market is so crowded with similar priced and similar sized cars that design and interior-tech are really the only things where a car maker can make a difference.