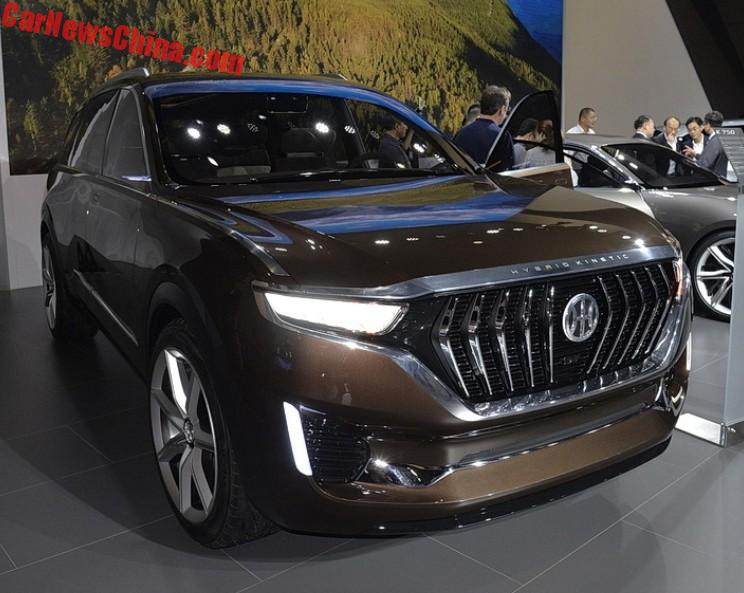 Hybrid Kinetic surprised in Geneva with the sleek H600 concept sedan. They came to Shanghai with two additional concepts: the K550 five-seat SUV and the huge K750 six-seat SUV. Starting with the latter; painted in brown and featuring an enormous grille with razor sharp bars and the company’s logo in the middle. 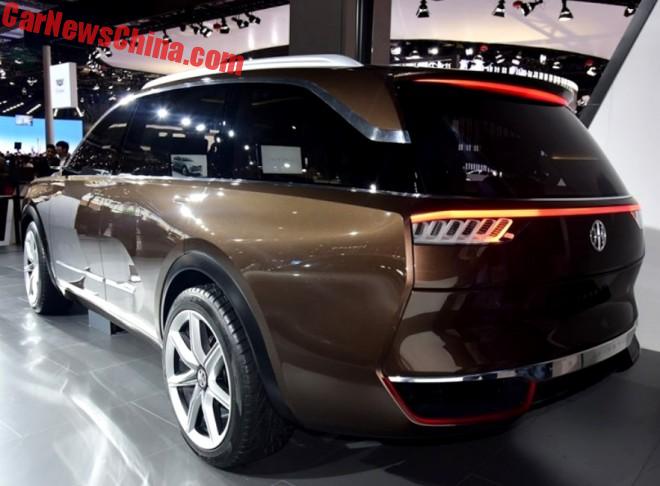 It is a huge machine; measuring just over 5.5 meters long and two meters wide. It seats six in a 2/2/2 setup, but the eventual production version will also be available with seven seats.

Hybrid Kinetic uses a special hybrid power train combining a micro turbine range extender with an electric motor. In the H600 sedan and in the K750 SUV this setup delivers 816hp, according to the company. The smaller K550, see photos below, used a slightly less powerful variant with an output of 680hp. Interestingly, the company claims that range is 1000 kilometer (NEDC) for each car. 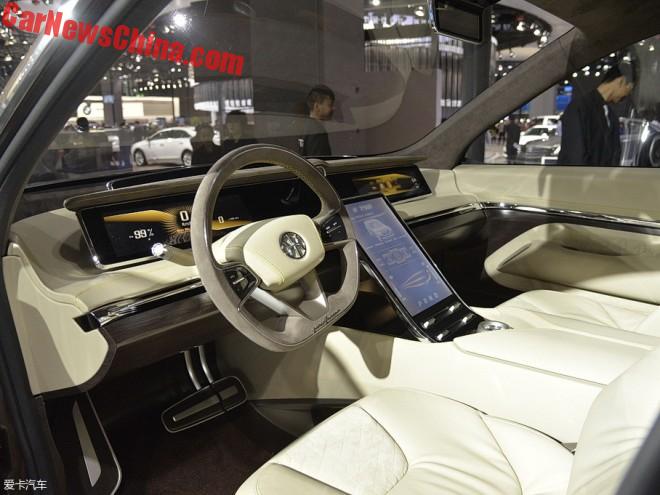 The interior of the K750. Pedals look brilliant, with the brake and accelerator combined. Huge ‘floating’ touch screen in the middle. Cream leather eats are very wide. Steering wheel with the Pininfarina logo on the flat bottom. 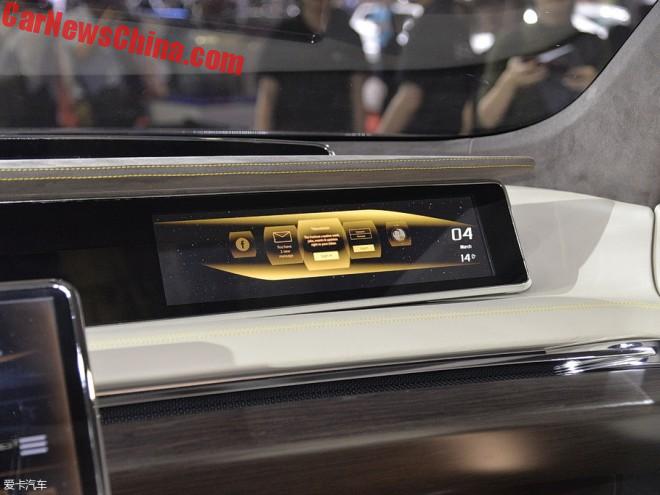 The passenger has his own infotainment. No need to talk to anyone in the cars of the future. That’s a Facebook icon on the left. Won’t work! Facebook is blocked in China. But not in Hong Kong. 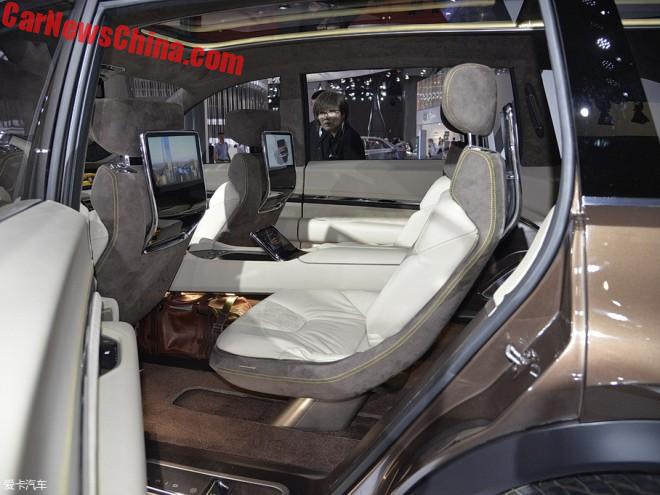 Passengers in the rear got their own infotainment too. Brown floor is very tasty. Sides of the seats in alcantara. 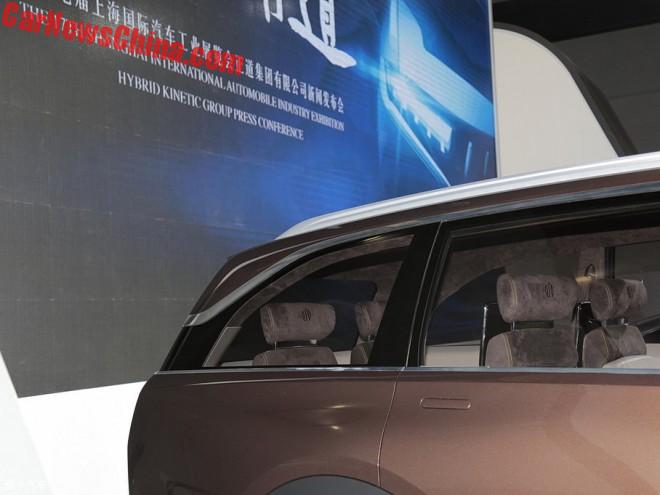 The third row far in the back. This K750 looks like a properly luxury car, a land yacht indeed, a much better idea than all that sporty stuff we see coming around all the time. But with 816 horses it can race when it has to. 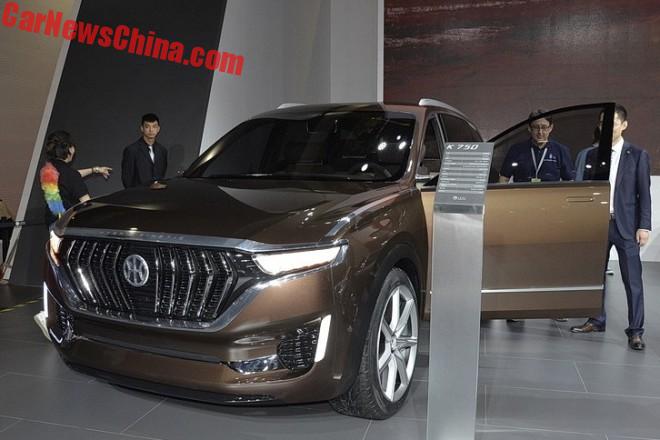 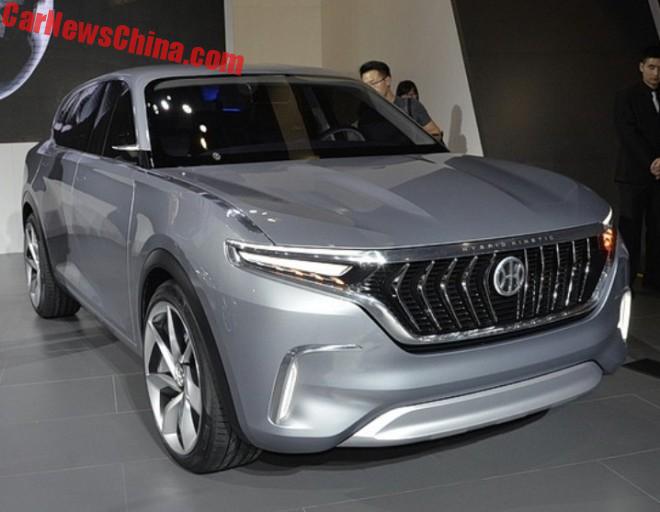 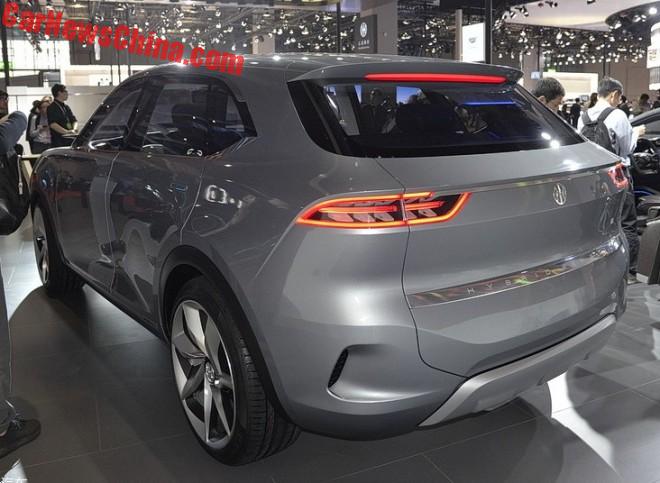 Not a small car at all but it looks almost tiny after the enormous K750. Lights look great. 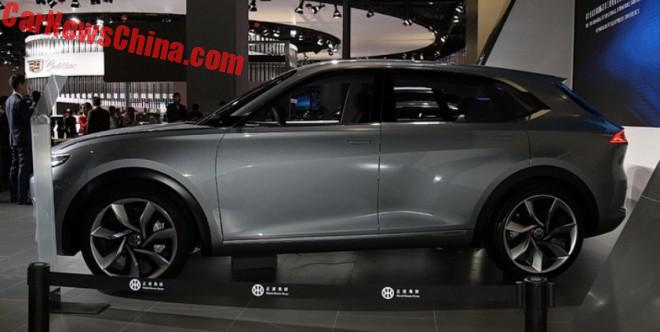 Both SUVs have conventional doors, nothing fancy like suicide or falcon wings. 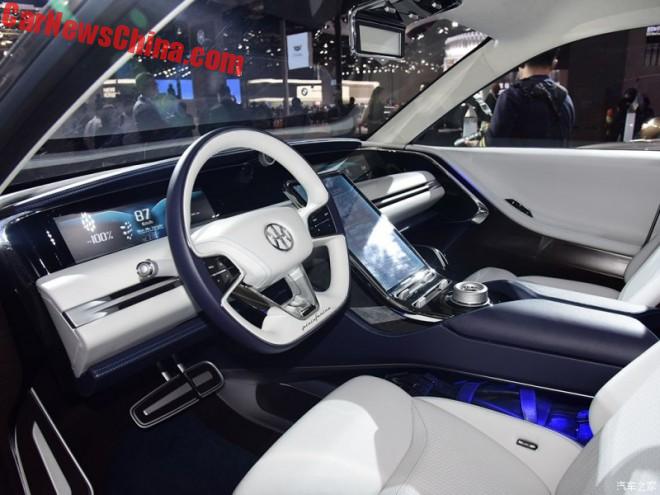 The interior is broadly similar to the K70, here with a purple white color scheme. 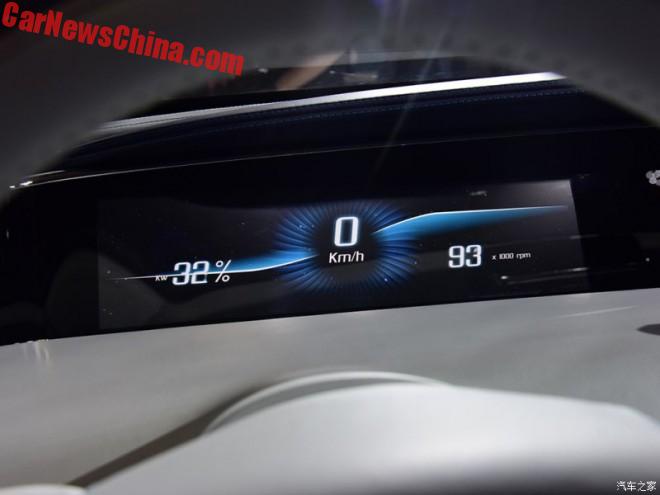 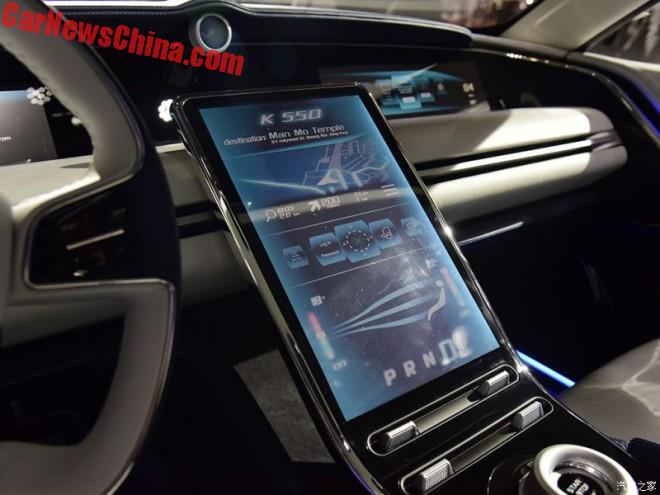 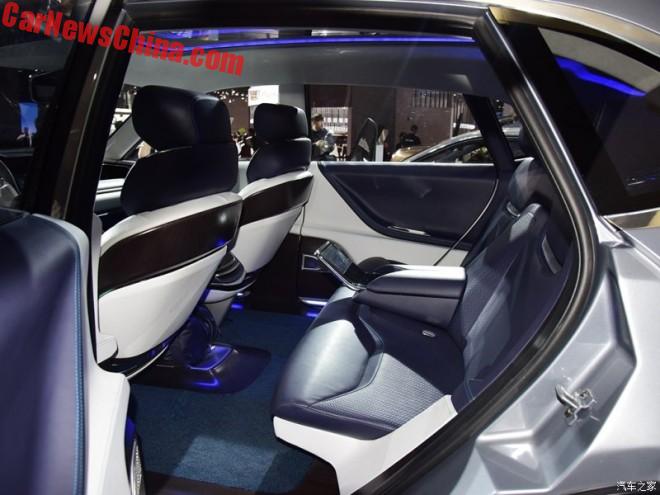 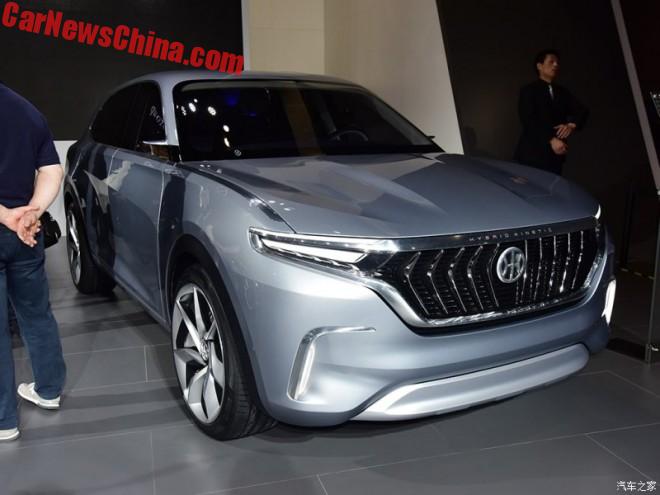 All taken together an impressive effort with interesting tech, good looking cars, and a famous Italian partner. But the big question is whether the somewhat un-focused Hong Kong company has enough money to pull it off.