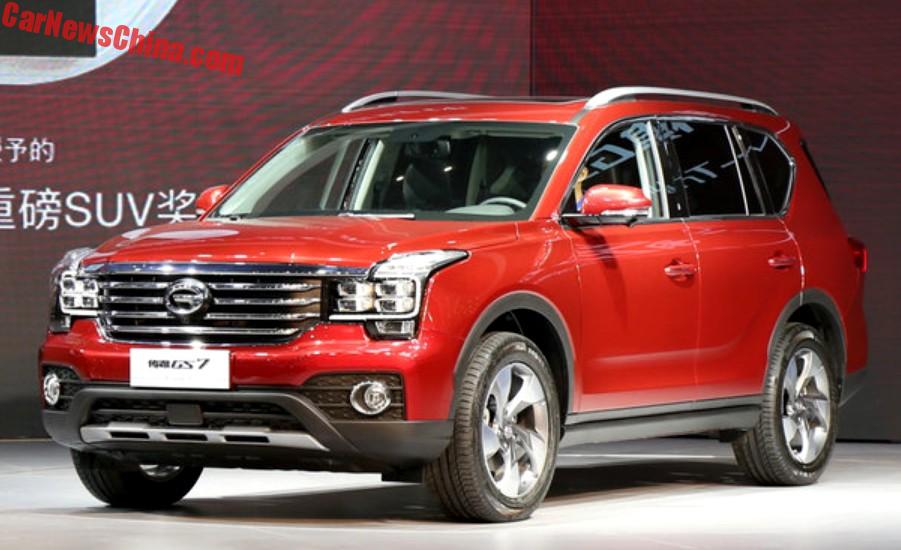 The new Guangzhou Auto Trumpchi GS7 SUV will be launched on the Chinese car market in June. Price will start at 155.800 yuan and end around 230.000 yuan. The Trumpchi GS7 is the short-wheelbase five-seat variant of the larger Tumpchi GS8 SUV. 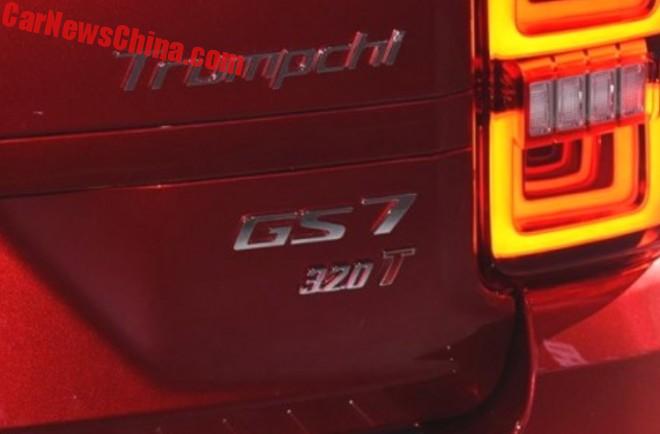 Guangzhou Auto has dumped the Trumpchi name for international audiences but will continue to use it in China. The red car on the photos was shown on last month’s Shanghai Auto Show. 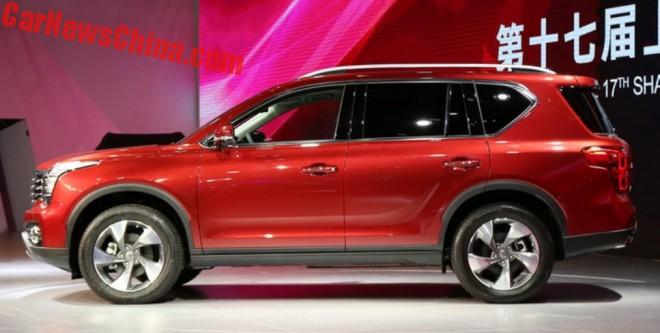 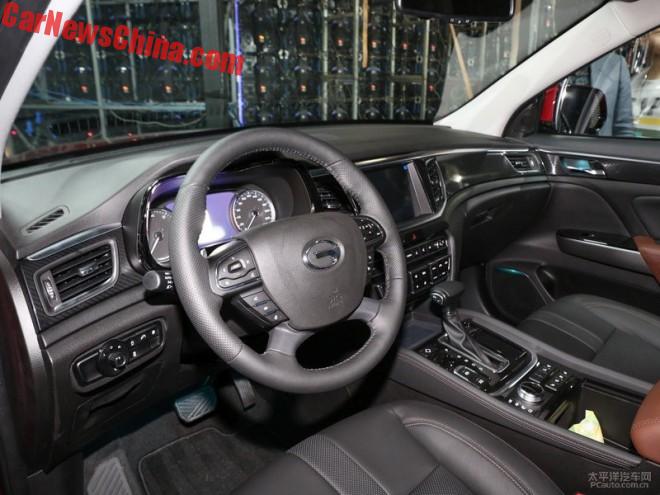 The interior is the same as in the GS8 too. Very dark and very gray, with a 10.1 inch touch screen, analogue dials with a TFT screen in between. 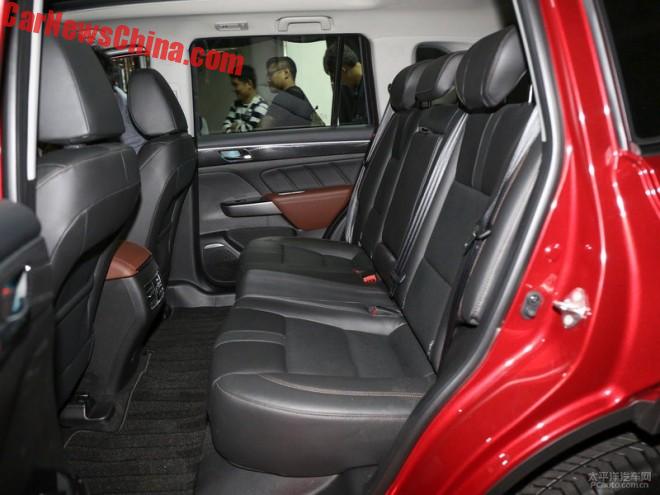 Brown trip pieces fail to liven up the interior, but there is a lot of space for the legs. 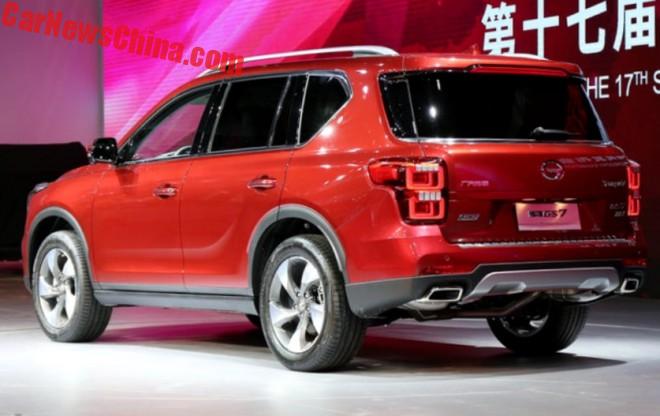 Design is great; the GS7 and GS8 are probably the best looking Chinese SUVs so far. The only let down are the pipe tips which are not properly integrated in the bumper. They hand half under it, making for a messy look. It is the same with the GS8. 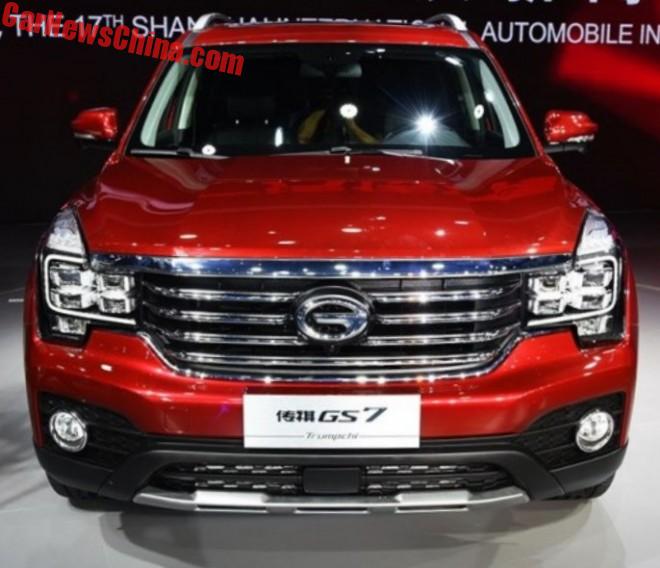 The massive shiny grille of the new Tumpchi GS7 SUV for China.