Another Beautiful Mercedes-Benz Collection In China 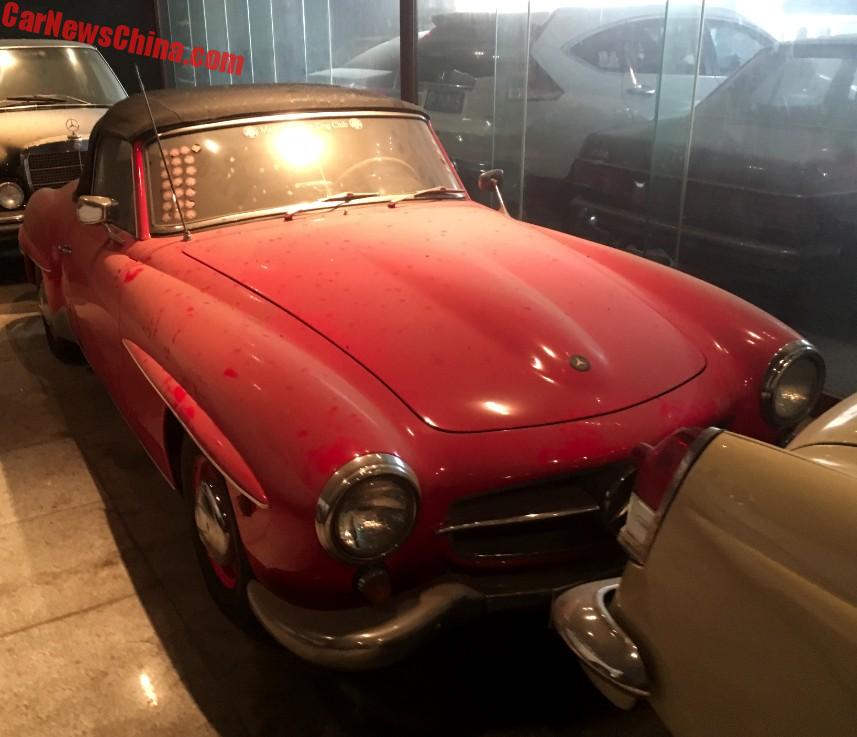 This beautiful red Mercedes-Benz 190 SL is one of the high lights of yet another impressive Mercedes-Benz collection in Beijing. The cars were dirty and dusty but overall in a very good shape.

The cars belong to the owner of a former Mercedes-Benz repair shop. Until the early 00’s there were two different kind of car shops in China: shops to buy a car and shops to repair a car. They were strictly separated and operated per brand.

Somebody who wanted a Benz had to go to a Mercedes dealer to buy one, and to a Mercedes repair shop for service and repairs. Nowadays these functions have been merged into one official shop, the so called 4S brand dealers.

Most of the old one-brand repair shops have morphed into general repair shops that fix and service all kinds of brand, undercutting the official dealers on price.

The shop were I found the cars is based in an old part of Beijing just outside the eastern section of the Fourth Ring Road. The owner’s father founded the shop in 1989 as an official Mercedes-Benz repair shop. Nowadays they focus on Audi, BMW, and Mercedes, but they will fix any car as long as you pay.

A few staff members are assigned to work on exclusively on the owners collection, which currently holds about ten cars. They also fix up old Benzes for the owners friends, many of whom are also Benz collectors. Later on I found out I had actually met some of his friends a few years ago. Small world… 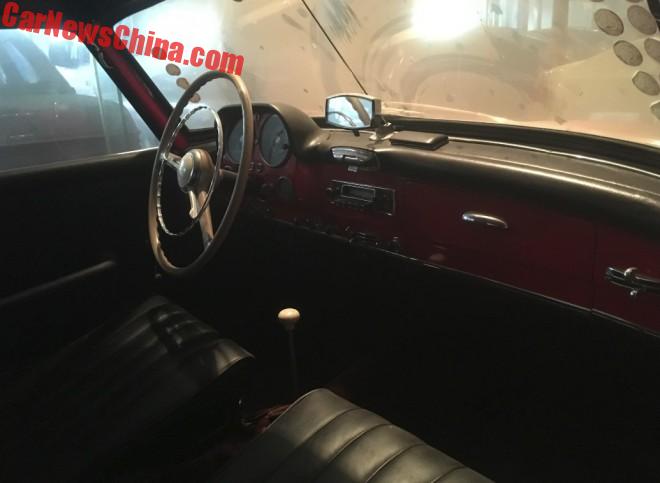 The interior was in perfect shape and completely original. Sadly it is not street legal in Beijing anymore but it is possible to get temporarily license plates for events. The owner told me he had participated in various classic-car rallies with the 190 SL. 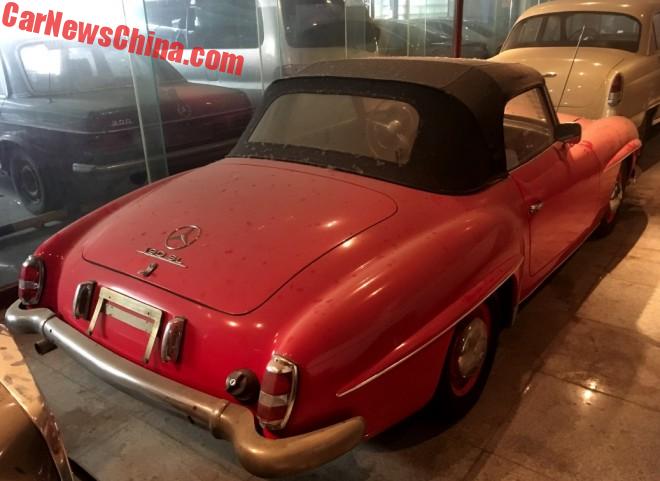 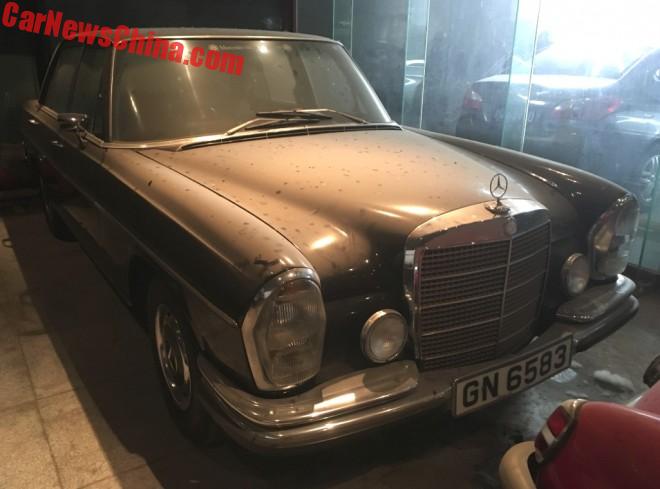 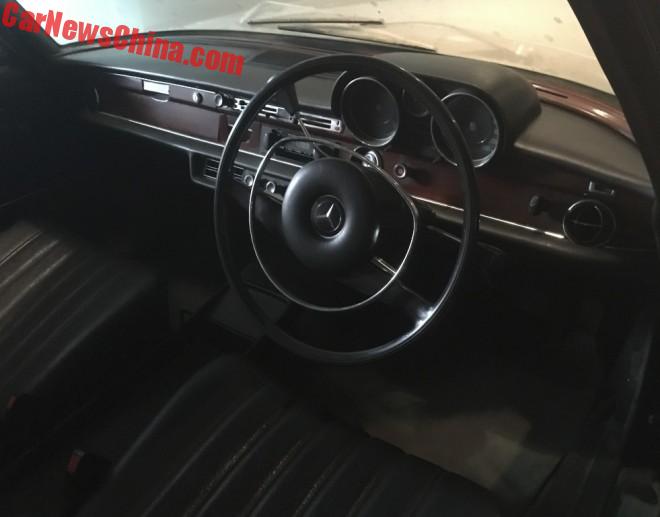 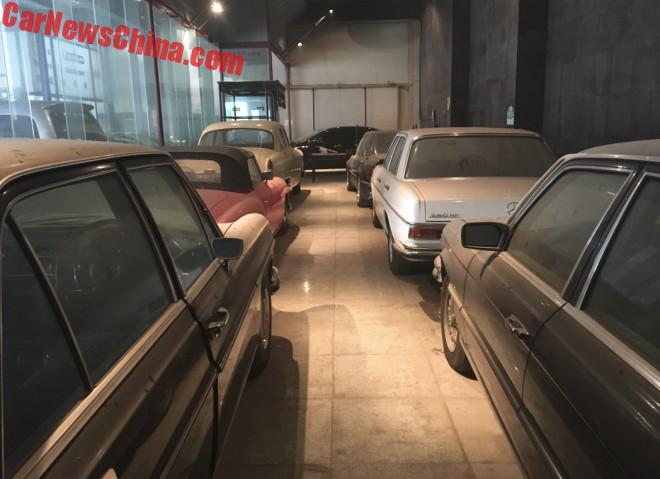 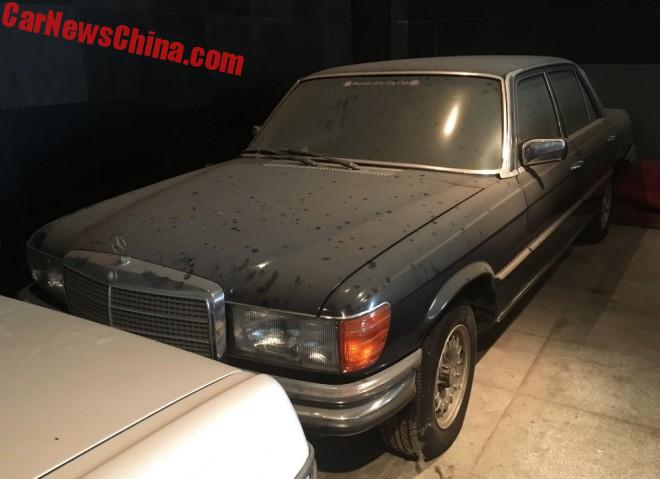 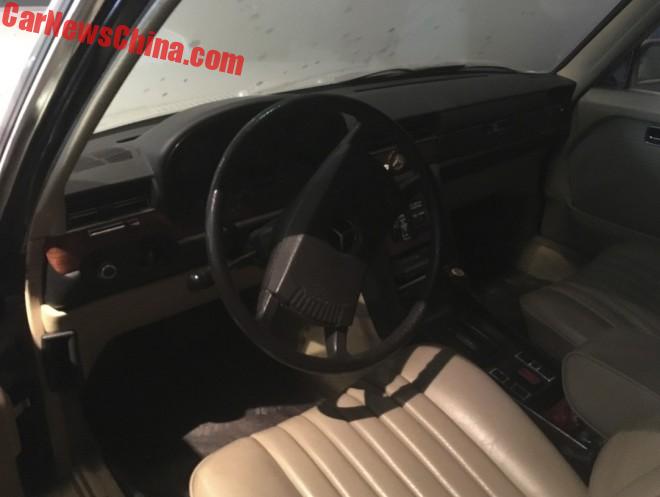 Interior is super shape again. The owner said he only bought mint and low-mileage cars, because restoring non-mint vehicles was just too much trouble. Parts were very hard to find, especially for the cars that were never officially sold in China, which basically includes the entire collection. He told me he had tried eBay but that he was often scammed and that priced were high.

Later on he would show me his old parts ware house with zillions of parts for the W126 and W140 S-Class, which were officially sold here. More on the warehouse in another post. 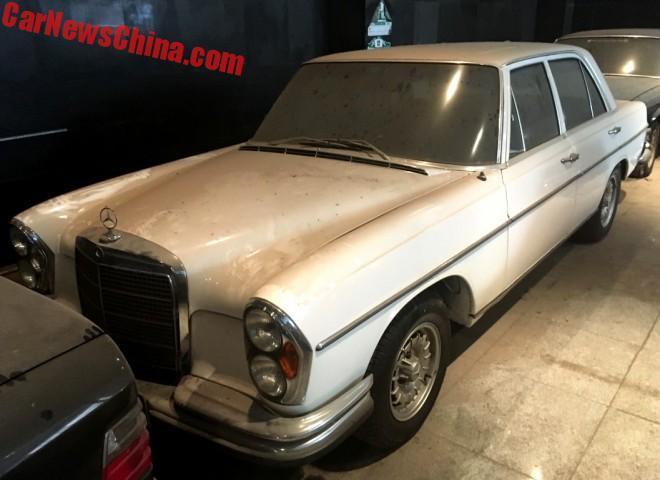 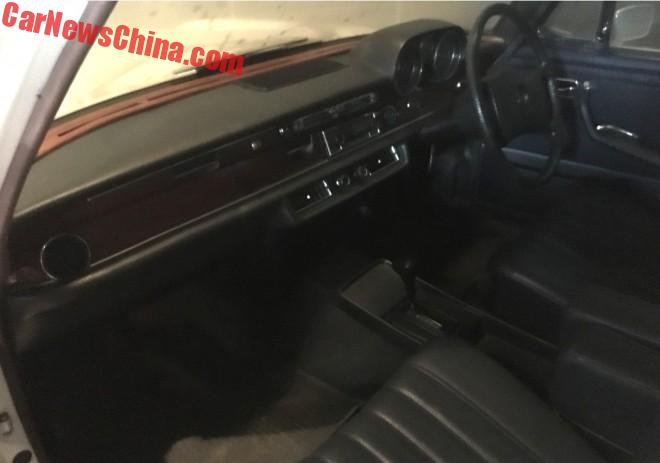 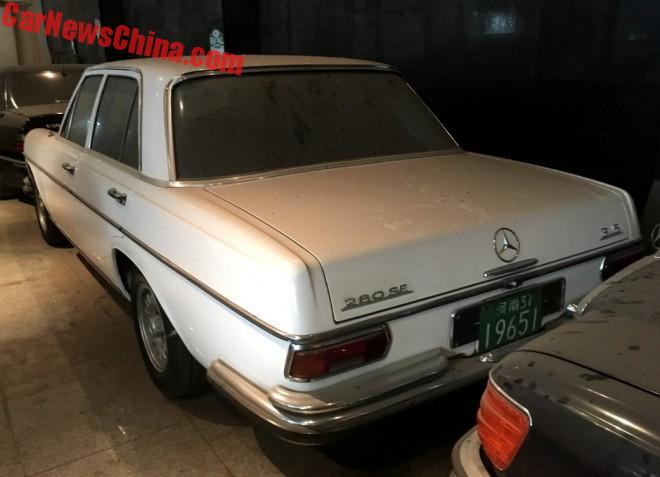 License plate is an oldie from Henan Province. The plate is original but it does not originally belong to this car. Right-hand drive cars are not street legal in China and cannot be registered. 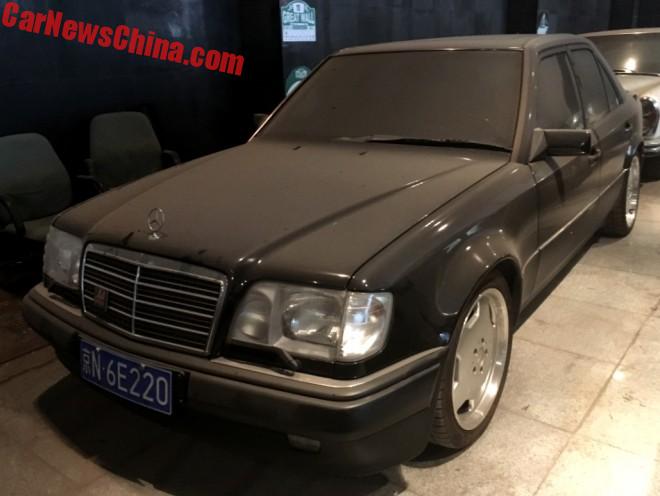 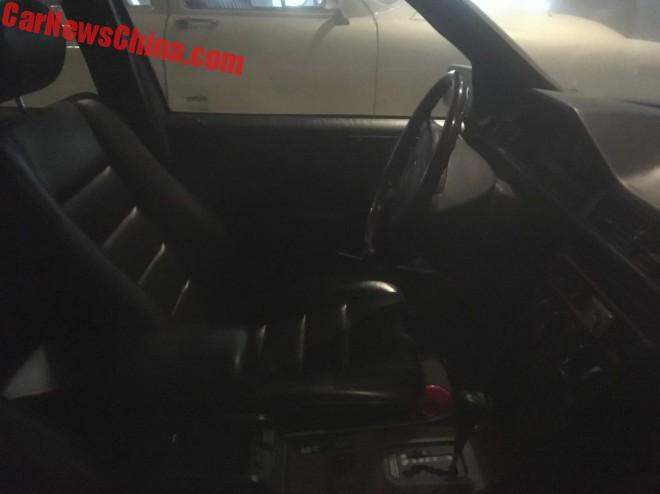 The E500 was the only car that was locked and the owner couldn’t find the key. The interior looked great with black leather seats and a lot of wood. There are said to be five E500’s in China. 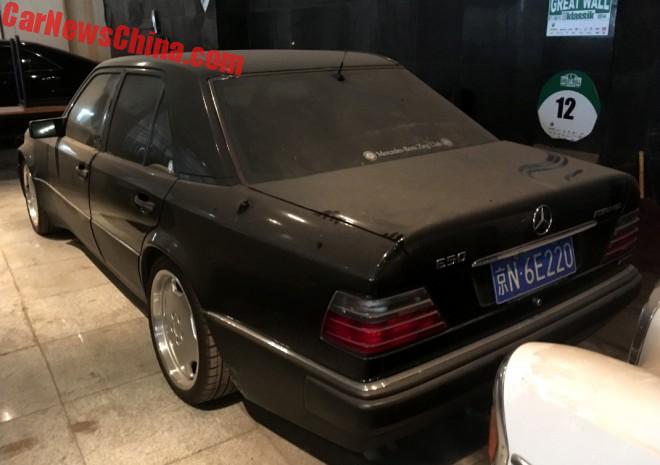 The AMG alloys are not period-original but look very well under the E500. One 0 is missing from the badge. 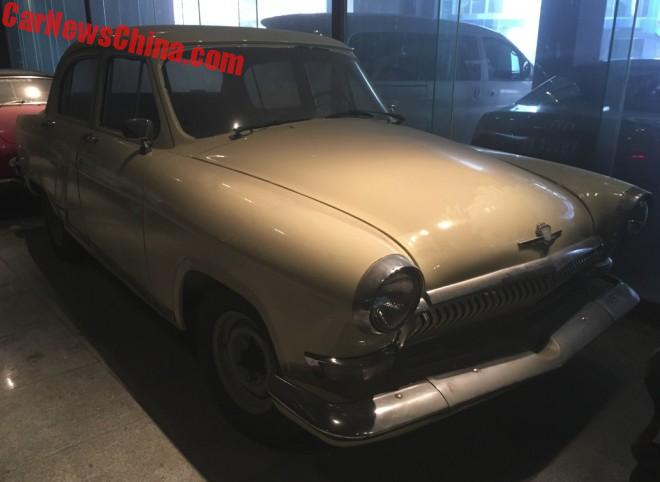 Last and least the only not-Mercedes in the collection; a cream white third series GAZ 21 Volga from Russia! These were officially exported to China in period, mostly sold to the government, and almost every museum in China has one. The third series Volga was made from 1962 until 1970, powered by a 76hp 2.4 liter four-cylinder engine. 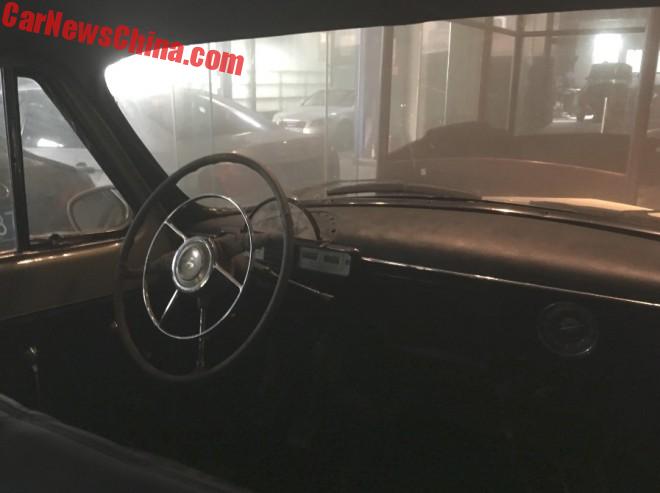 Steering wheel as large as a ship’s. Clock in front of the passenger seat. 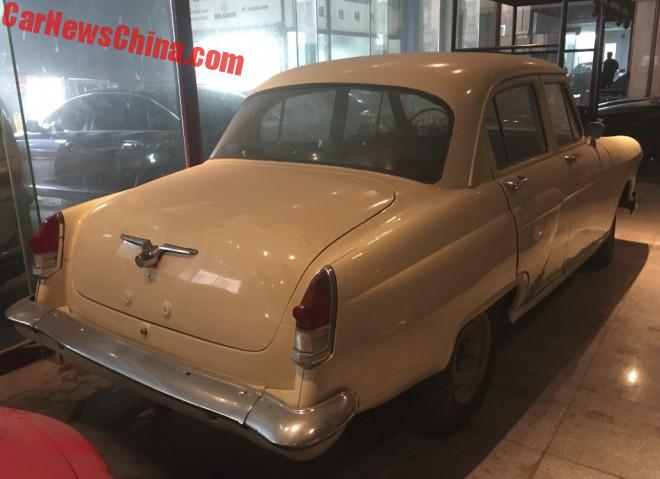 Expertly crafted lights and bumper; this old Russian lady is a beauty. 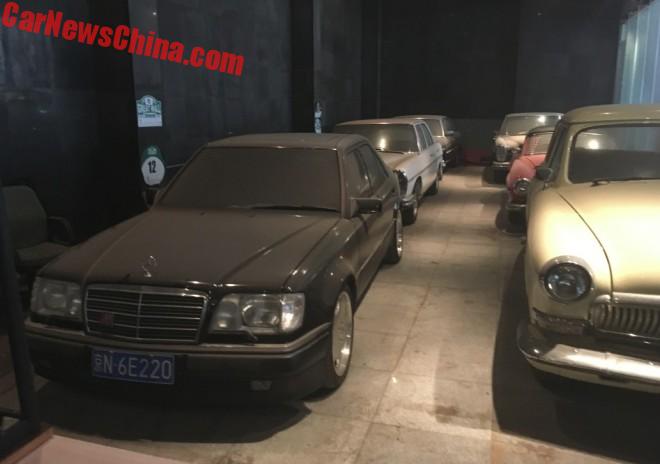 The collection at anchor.

There was much more to see in the old repair show, including two FAW-Mercedes W123’s, two W126’s, and a massive and slightly bizarre parts ware house. More on all that pretty next week!