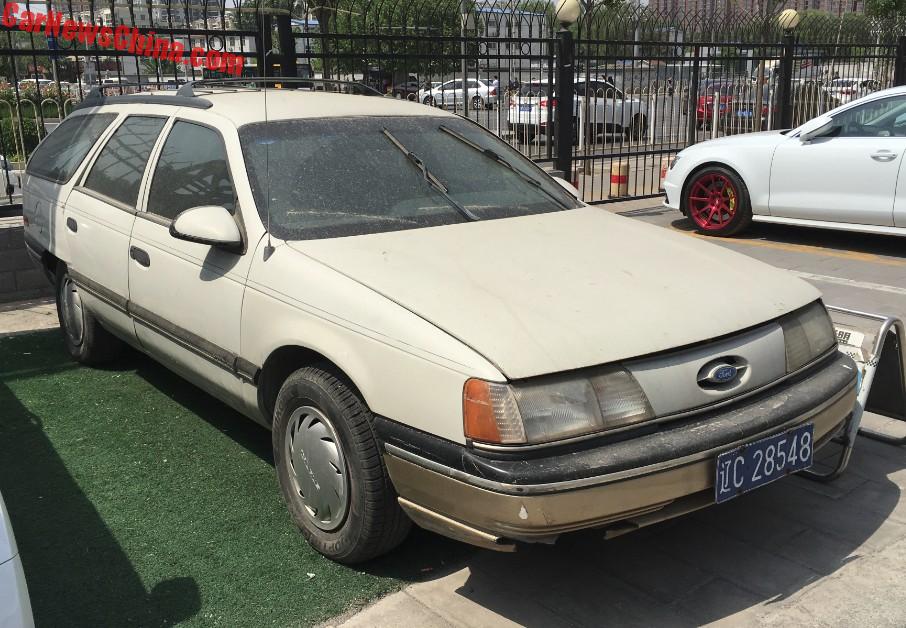 A first generation Ford Taurus L wagon, Spotted in China on the Beijing Tuning Street. The good old Ford was dirty and dusty but overall in a reasonable shape and completely original down until the wheel covers and antenna. License plates are of Liaoning Province. 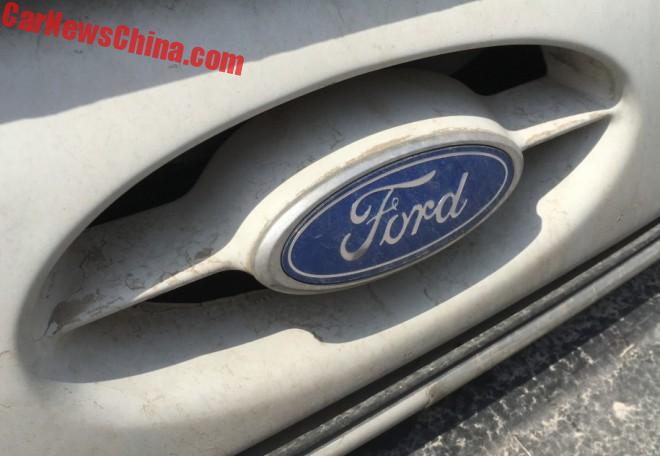 The Taurus didn’t have a conventional grille. Air came in via a so called ‘bottom breather‘ located below the bumper. When the Taurus debuted it was a truly revolutionary vehicle, a car from the future, making the competition look line bricks on wheels.

The body was streamlined to the max, with the doors flowing up into the roof to reduce drag even more. It was one of the most aerodynamic cars of its time with a drag ratio of just .32. The daring looks were a risk, would the public reject or endear it? They loved it, sales exceeded all expectations with 200.000 units sold in 1986 alone, and when production ended in 1991 the teller stood at two million cars. 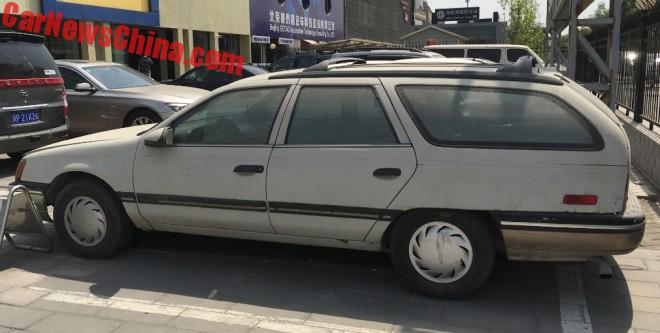 Still a beauty today. Large roof rack was standard on the wagon. 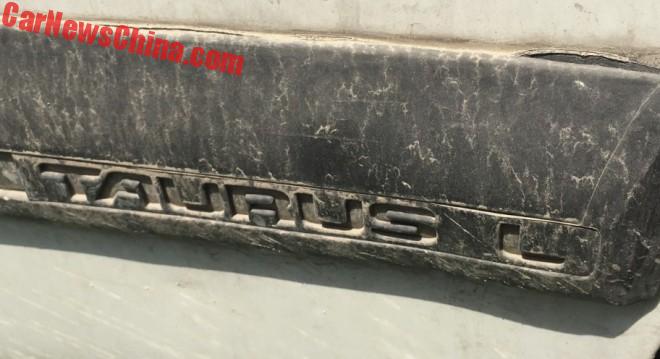 The L was the lowest trim level of the range. The pre-facelift Taurus L wagon was powered by a 3.0 liter Vulcan V6 engine, good for 140hp and 217nm. The engine was mated to a four-speed automatic, sending horses to the front wheels. 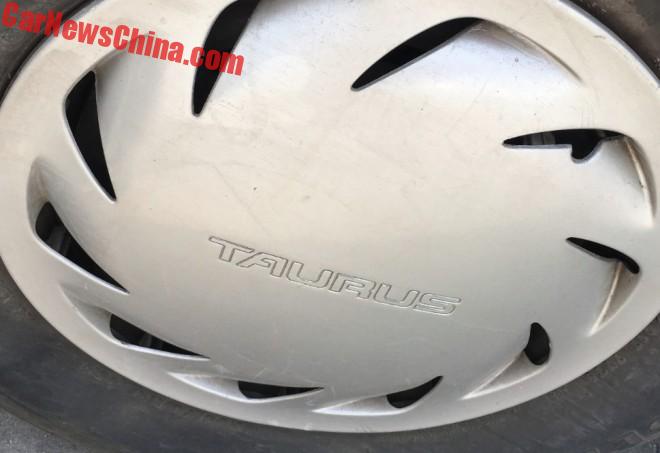 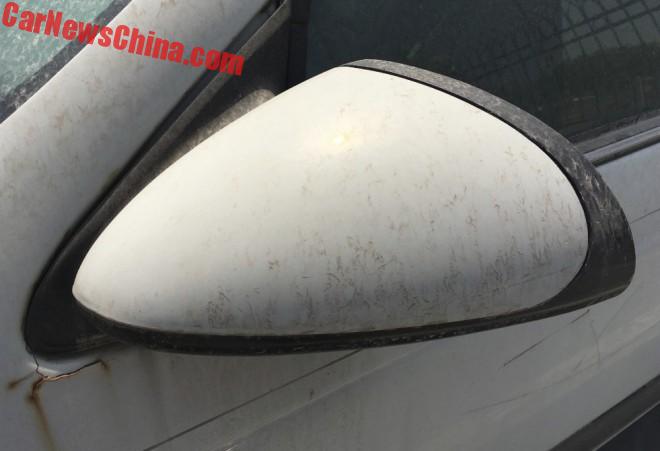 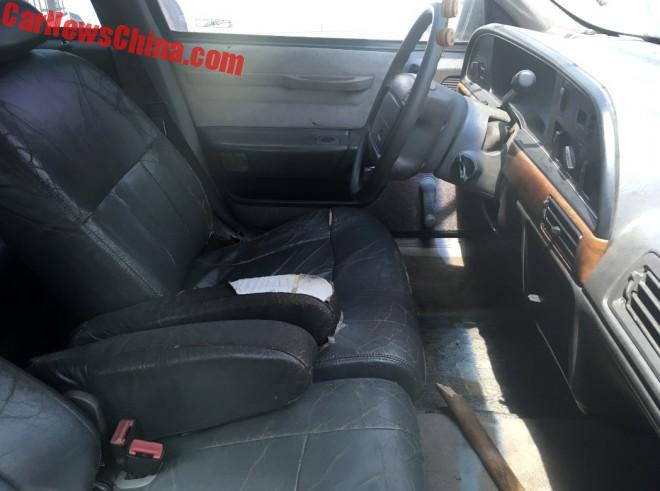 Sadly, the interior was in a pretty bad shape, with the seats almost worn out. The seats are very wide and flat with two large arm rests in between. The dash is simple in shape and fitted with a wood panel for that luxury feeling. Column-mounted shifter almost comically large. The left side of the dash was curved to the driver for improved ergonomics. 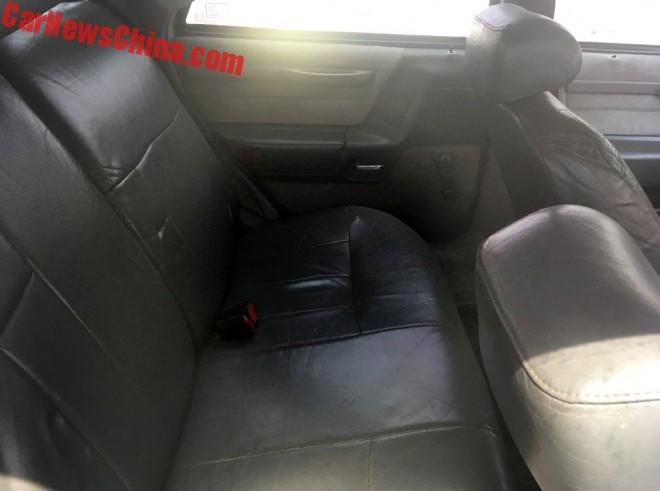 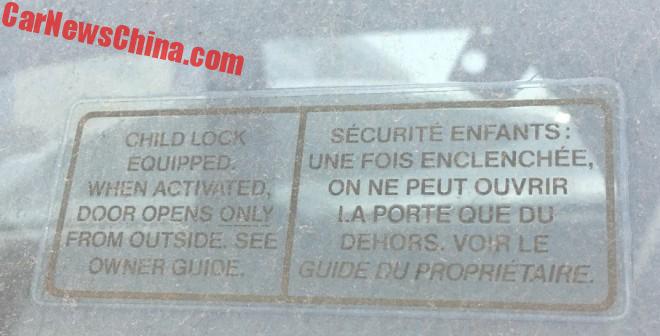 The first generation Ford Taurus was not officially sold in China but some came in via the gray market and via diplomatic channels. English-French window sticker implies that our wagons was originally delivered to Canada before it somehow ended up in China. It sure has been here for a while because the license plate is an oldie. 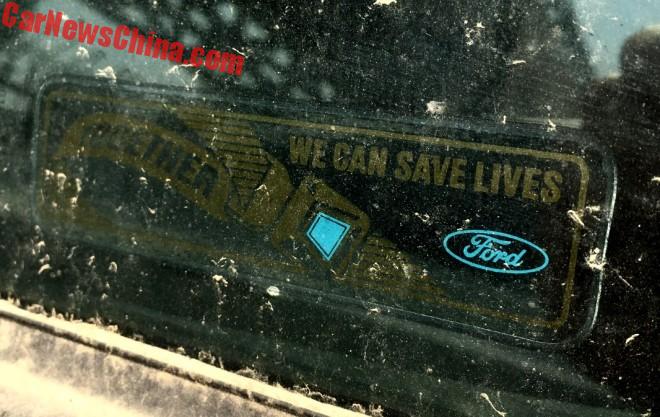 Ford campaigning for the use of safety belts. 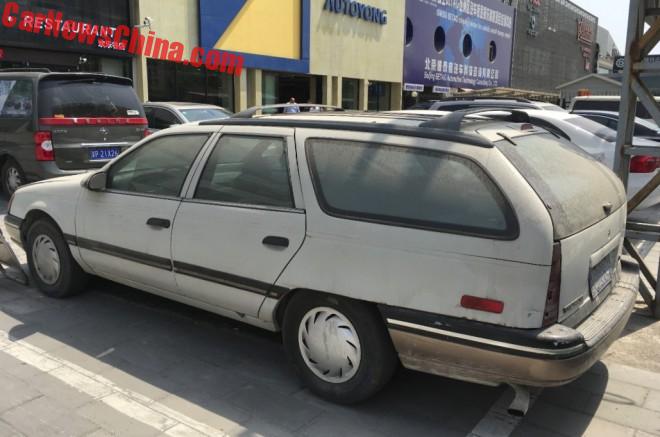 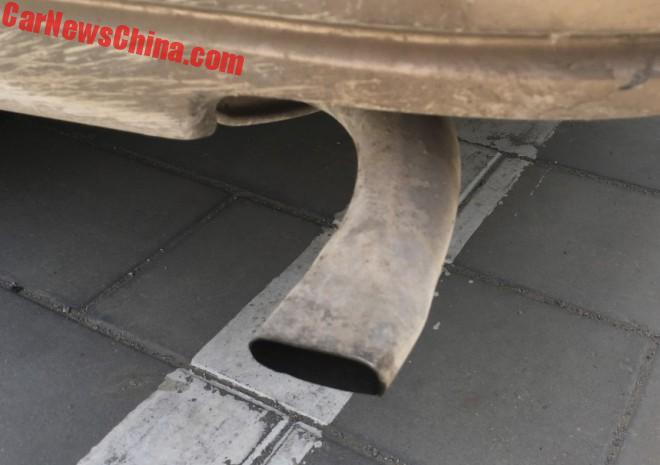 Crazy pipe is original. It comes out from under the bumper and points to the left. 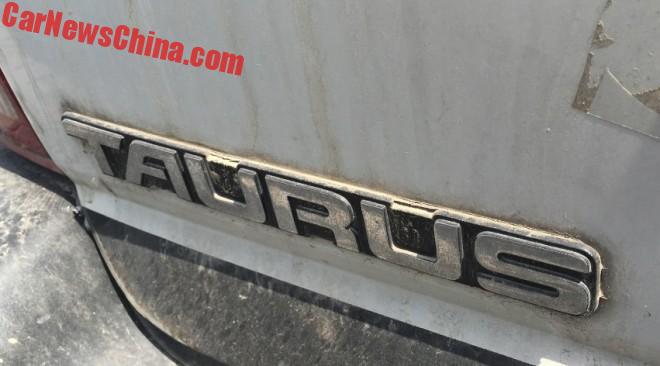 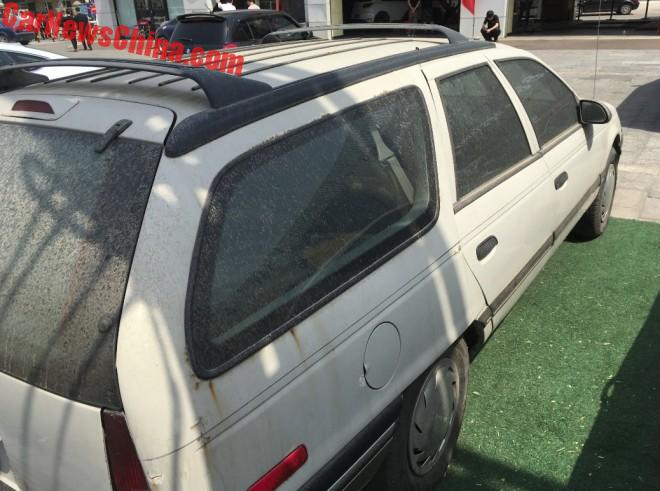 The Taurus stood in front of a car repair shop but it wasn’t theirs, and they didn’t know anything about it. Cars come and go on the Beijing Tuning Street, but normally if a car is parked there in that area in means someone took an interest and wants to restore it. 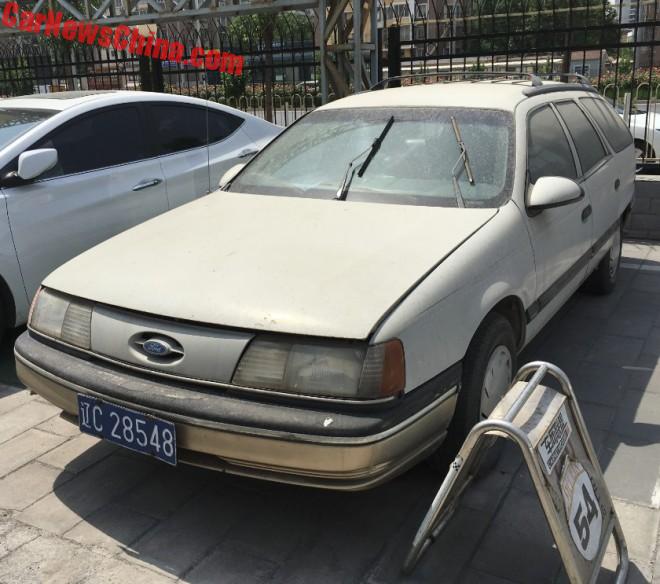 That would be great because this old Taurus deserves a restoration. It was a milestone car, they are very rare in China, and it is a wagon.