From All Sides: The Buick Velite 5 Is A Chevrolet Volt For China 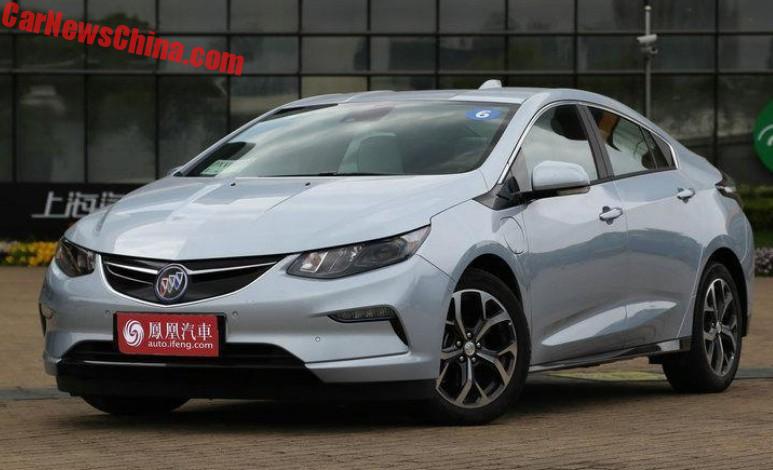 The Buick Velite 5 is China’s Chevrolet Volt. It got a different nose, a different rear end, and Buick badges. Otherwise, the Velite 5 and Volt are by and large the same car. The Velite 5 is manufactured locally by the Shanghai-GM joint venture. 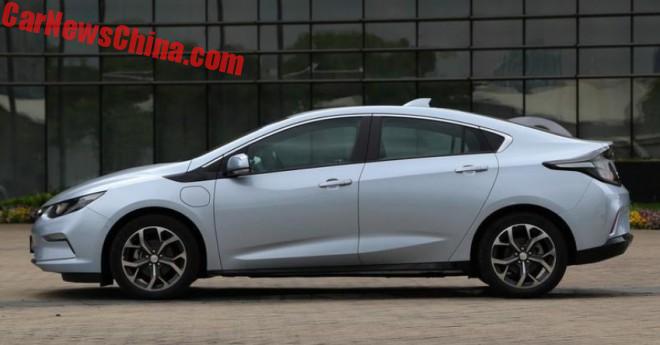 General Motors states the following specs: pure electric range of 116 kilometers. Full range of 768 kilometers. Charging will take 4.7 hours. The extended-range electric vehicle (EREV) drive train is exactly the same as in the Volt; a 1.5 liter petrol engine and with two electric motors.

Combined output, again according to Buick, is 147hp and 398nm. The calculations for power output of hybrid vehicles are a complex matter, you can’t just add the various outputs up. But the difference here between the added-up number and the official-combined number seems just too big. Some say that Buick deliberately “cripples” the output of the Volt, and thus for the Velite 5. 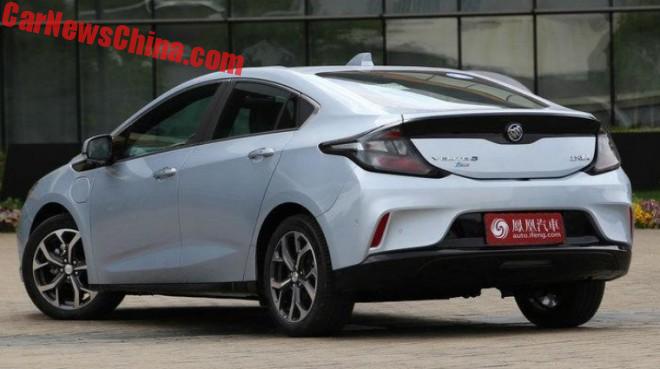 The Buick Velite 5 is the first car of a series of Velite sub-branded vehicles. The range will include EREVs, PHEVs and EVs. Next up is the production version of the 2016 Velite Concept. 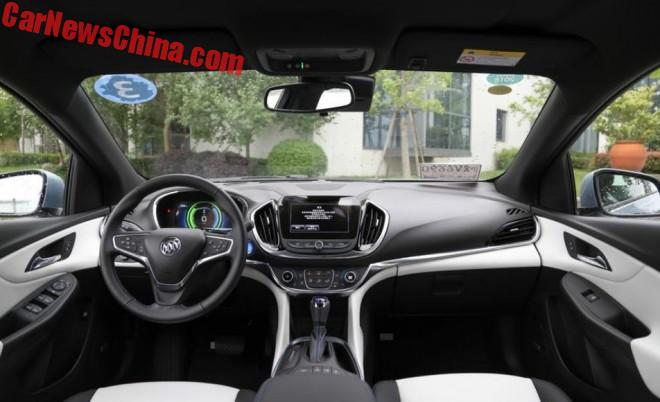 Dash is exactly the same as in the Volt bar for the Buick badge on the wheel. 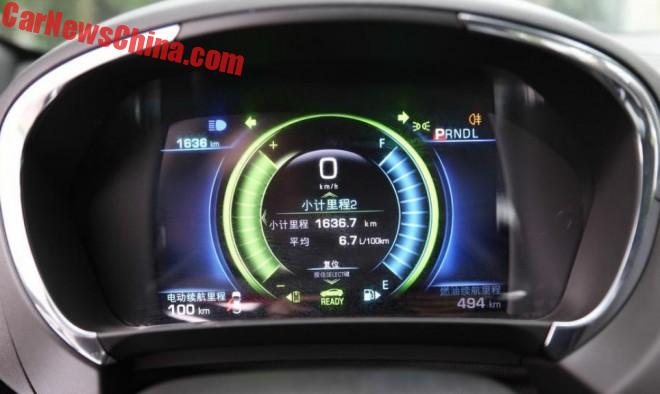 This kind of ‘digital’ looks a little bit outdated. 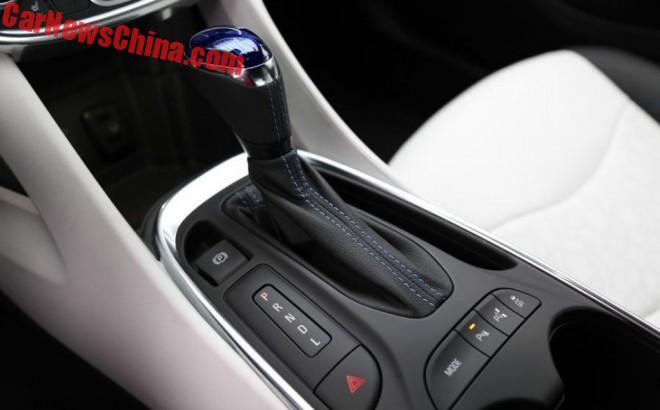 The lever looks outdated too, most new hybrids have a rotary dial, but at least it comes with a trendy blue knob. Blue is the color of green in China. 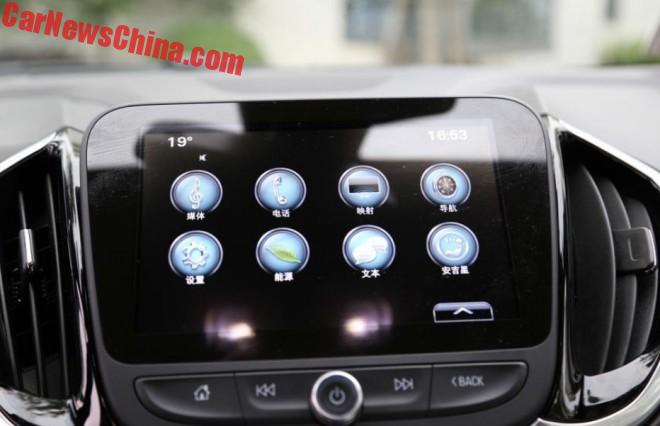 The infotainment system is equipped with OnStar, Apple CarPlay, and 4G internet. It also has an autonomous parking function, adaptive cruise control, and a lane departure warning system. 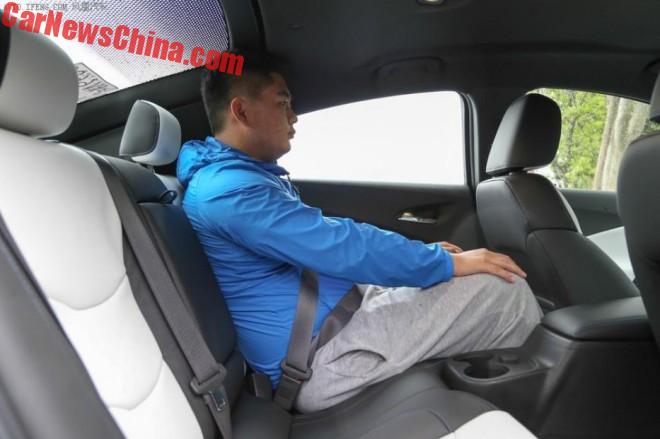 Cramped in the back, as this gentleman demonstrates. 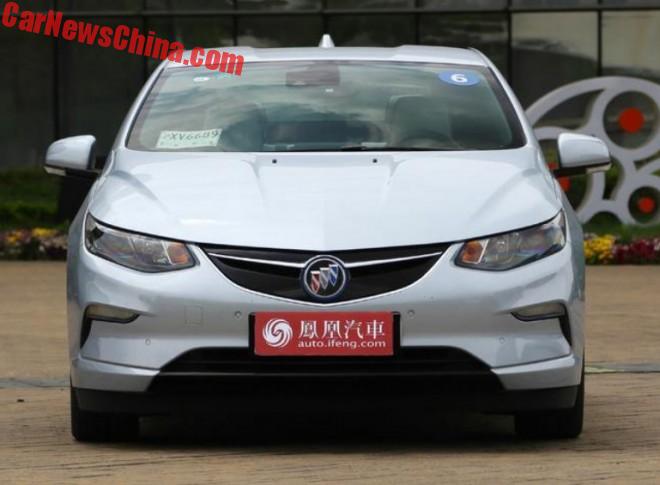 Will this sell? Some younger Chinese car buyers like to buy hybrids for their advanced technology. Lexus for example has some success with the imported CT200h, which starts at 269.000 yuan, not much more than the locally made Velite 5, which so seems a tad too expensive. More important however is whether the Velite 5 will be considered special enough, and here its humble Volt origins might be a hindrance. 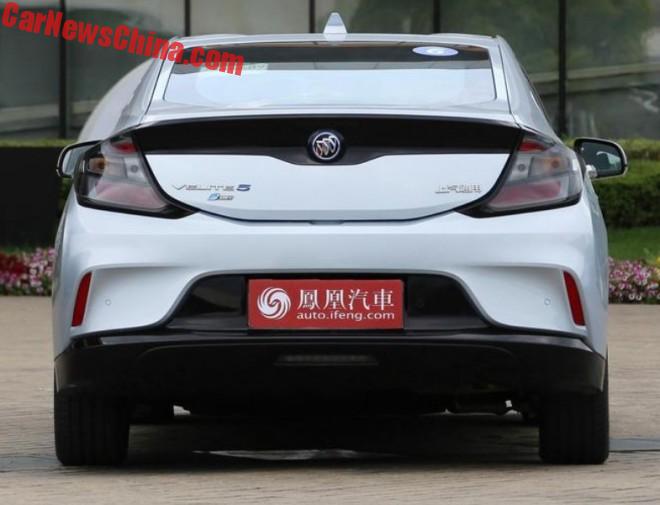 The Velite 5 badge with the 5 in blue. 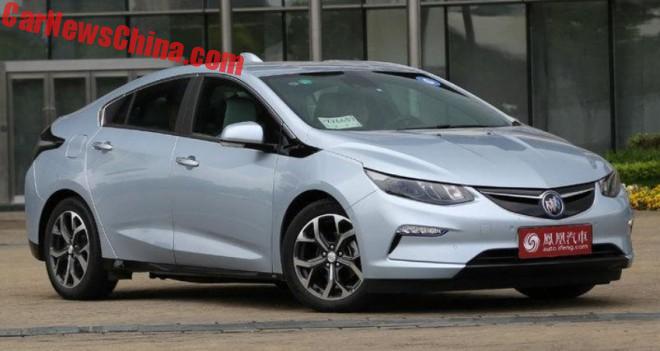 Don’t call it a Volt, this is the Buick Velite 5.