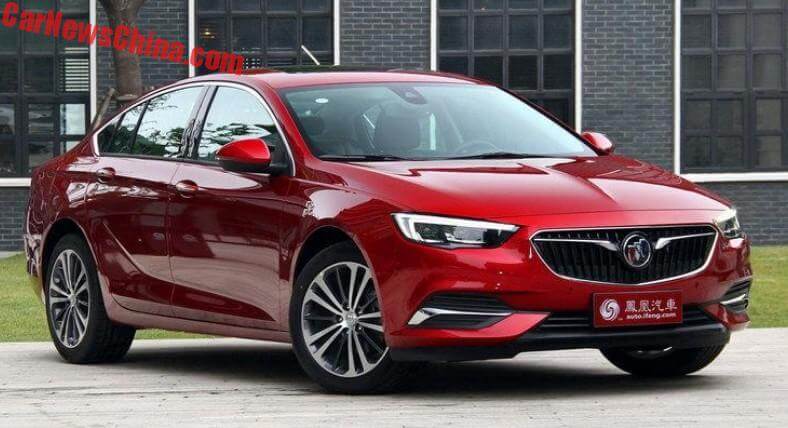 The China-spec GS isn’t very spectacular. It gets a racy body kit but it doesn’t get a special engine. The U.S.-market 3.6 liter V6 is not available in China.

The 30H hybrid combines a 128hp 1.6 with a 155hp electric motor. Gearbox is a CVT called E-CVT. Combined output is 283hp and 415nm. Fuel consumption is 4.3 liter per 100 kilometers. The 30H has attracted by far the most attention in China and it will likely outsell the GS with ease. 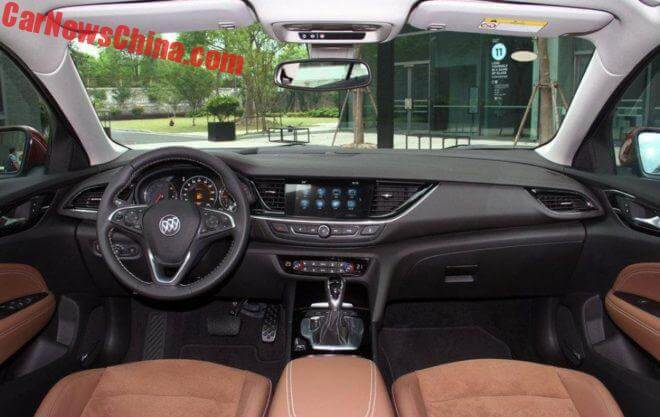 The interior with a bif ‘n dark dashboard and a steering wheel that looks strangely outdated. 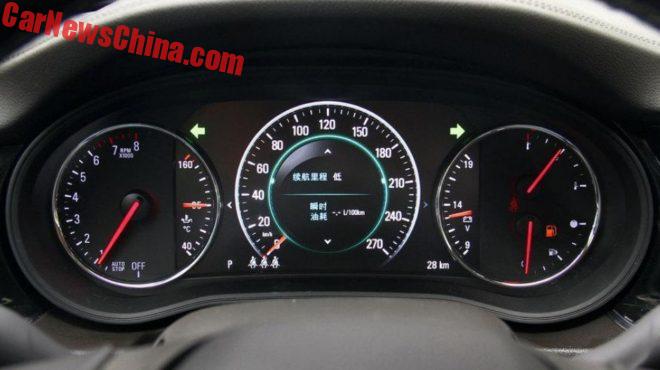 Conventional dials on the sides with a digital dial in between. The screen can also display the map. 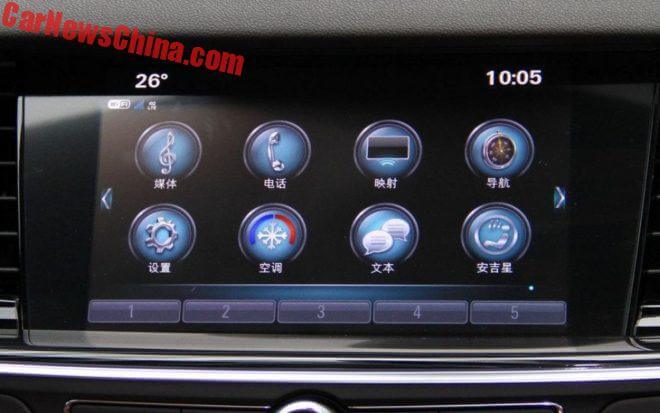 The screen of the infotainment system is crazily small, just 8 inch. That is really too tiny for a car in this segment in 2017. Even Volkswagen is fitting bigger screens into their cars today. Chinese car buyers are all into tech and they really check for the the size of screens and instrument panels and such and sort. The Regal has a serious problem there.

Another problem is the lack of Baidu CarLife, which is fast becoming a mus-have in China-made cars. It is odd that Buick, with all its experience in China, didn’t mange to fit it in. It does however have Apple CarPlay. 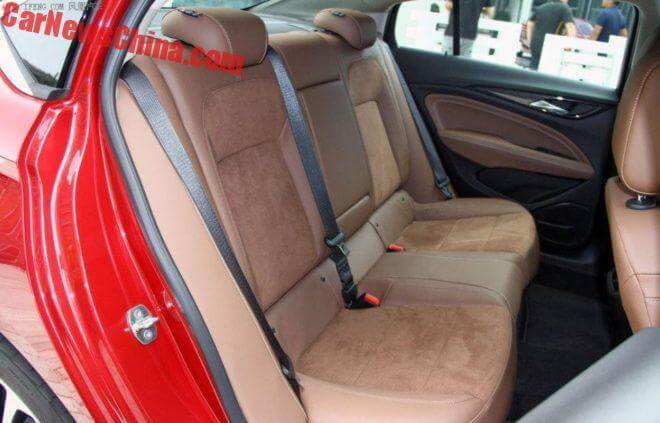 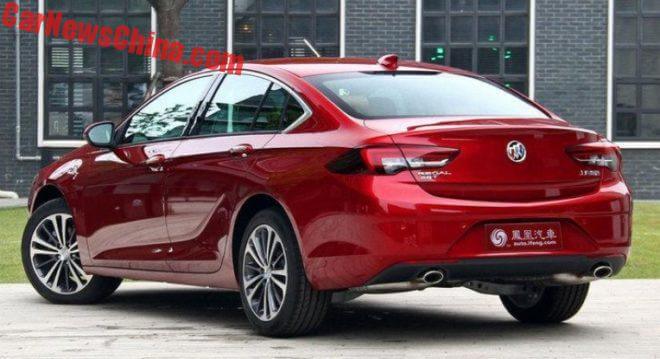 Absolutely a beautiful car; mixing the classic sedan shape with some hatchback spices and some sedan-coupe sauce. 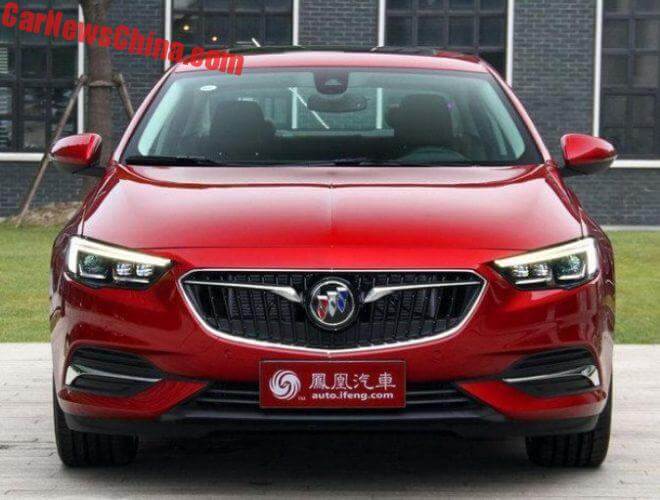 Big Buick badge on the grille. 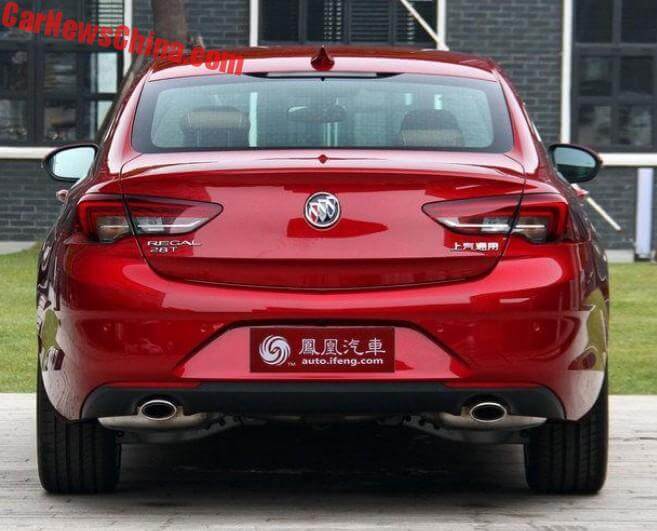 Visible mufflers a rarity in this segment. There seems to be enough space to hide them properly; fitting a lower bumper panel would easily do the job. Buick didn’t, so the Regal ended up looking rather cheap from behind.

There is an interesting rumor about the Regal: it is based on the Opel Insignia. GM has since sold Opel to PSA Peugeot-Citroen. One of the largest shareholders of PSA is China’s Dongfeng Motors, which also operated a large joint venture with PSA. The rumor says that Dongfeng isn’t impressed with PSA’s platforms, and has demanded the Regal’s platform for a Dongfeng-branded car, to be launched in a year or two. The rumor is likely true. Dongfeng has been very disappointed with the slow sales of the Fengshen A9, which is based on the Citroen C6, both selling in the same segment as the Regal.