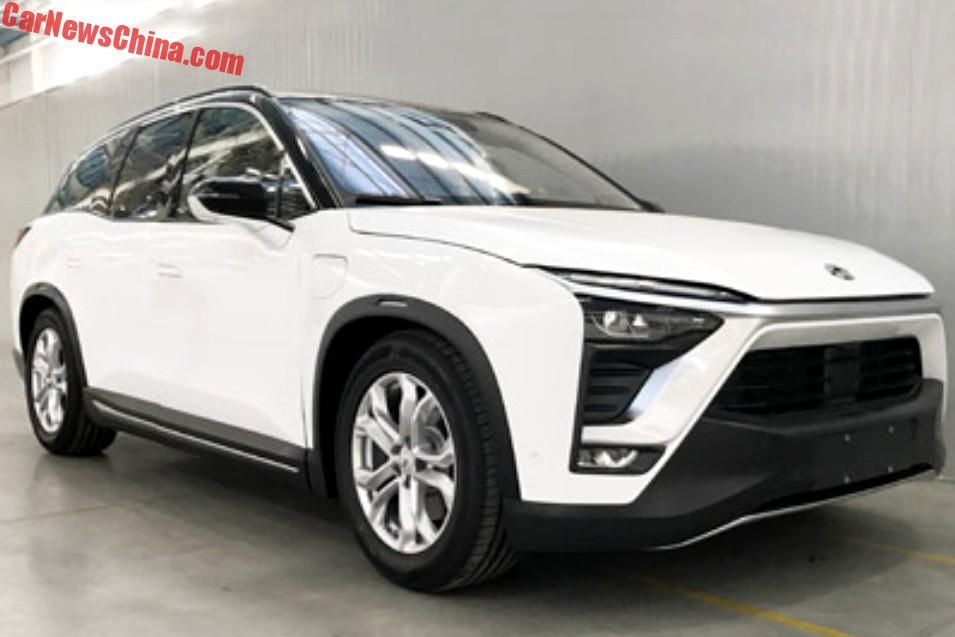 This is the final production version of the NIO ES8 electric SUV, ready for its launch on the Chinese car market on December 12. NIO, formerly known as Next EV, is a new Chinese electric vehicle brand. They ES8 is their first passenger car. They are also developing the limited-edition NIO EP9 electric supercar. 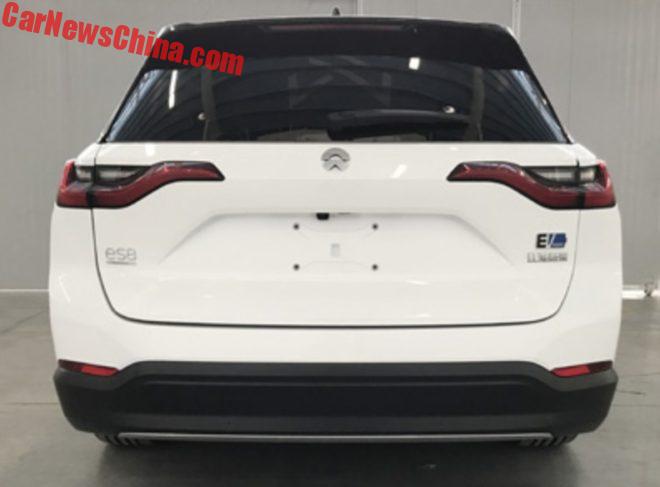 NIO doesn’t have its own factory. The ES8 and subsequent vehicles will be manufactured by a joint venture between NIO and the Jianghuai Automotive Corporation (JAC).

Specs of the ES8: 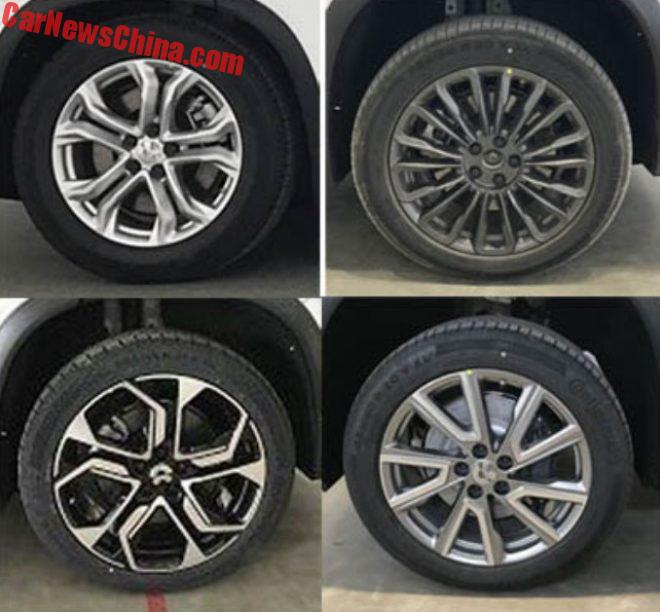 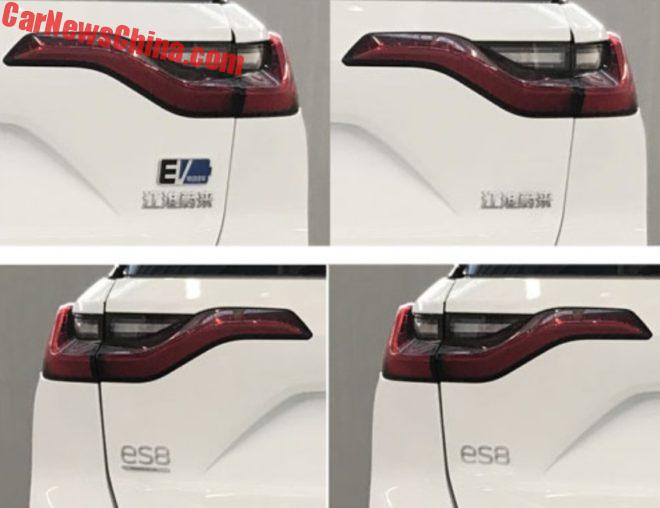 This is interesting too. The photo left-top shows the rear of the ES8 with the government-mandated blue EV badge, above the Jianghuai-Weilai badge. Is NIO perhaps working on a non-electric or hybrid version of the ES8? The low-left photo shows a badge under ‘ES8’. Sadly I can’t figure out what it says. 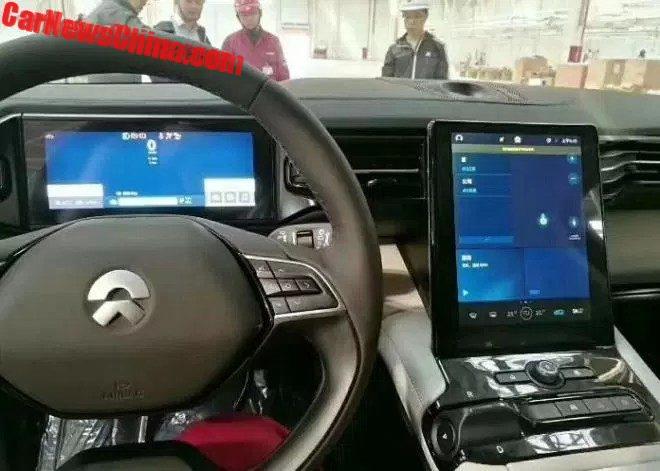 Earlier spy shot of the dashboard. The ES8 has digital instrument panel,  a large touch screen in the middle, and a head-up display (HUD). NIO badge on the steering wheel.