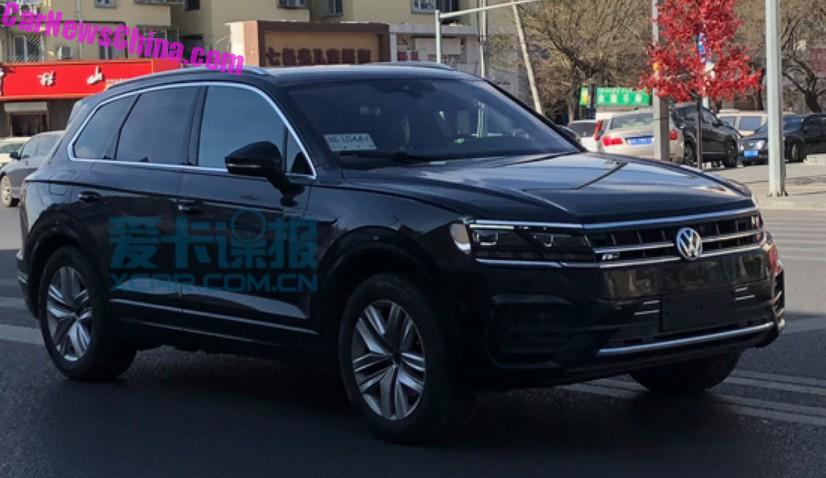 A completely naked 2019 Volkswagen Touareg SUV has been spied in Beijing, painted in black with an R logo in the grille. The new Touareg will have its worldwide debut in April on the Beijing Auto Show.

The Touareg will be imported into China, and positioned above the locally made Volkswagen Teramont. The 2019 Touareg stands on the MLB Evo platform, the same platform that also underpins the Audi Q7, the Bentaley Bentayga, the new Lamborghini Urus, and the Porsche Cayenne.

The Touareg is a five-seat car but we are hearing rumors that Volkswagen is developing a seven-seat variant for the Chinese and North American markets. 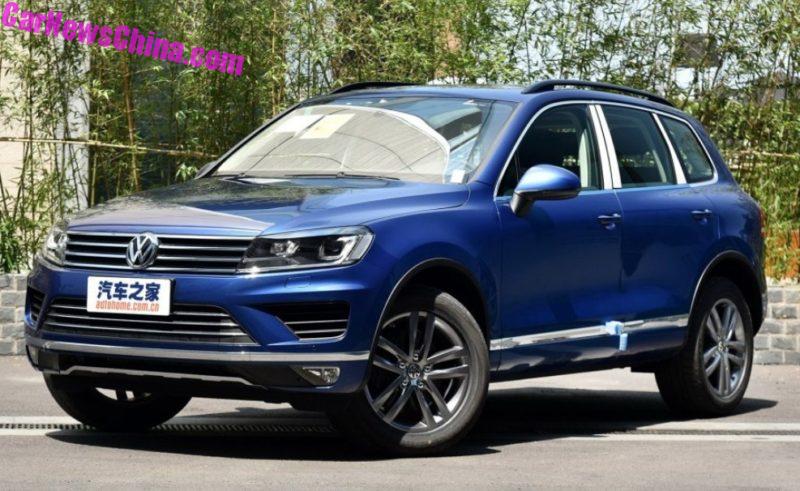