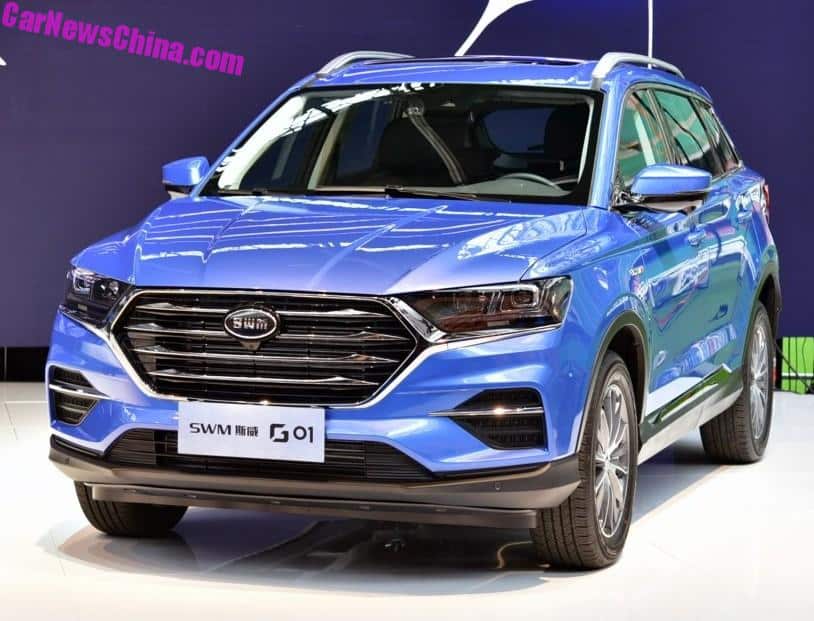 The Brilliance Shineray SWM G01 has been unveiled in Italy on the 29th of March. The debut ceremony was pretty interesting in its choice of location, as the CEO claims that Italy is the “hometown” of the brand.

Just a little history lesson here, Brilliance-Shineray is a joint venture between Brilliance Automotive and Shineray Motorcycle Company, one of China’s largest motorbike makers. They make a range of minivans and mini MPVs under the Jinbei brand, which is owned by Brilliance. Meanwhile, the SWM sub-brand was created in 2014, after Shineray acquired the Italian motorbike maker SWM Motorcycles. That is where the brand’s “Italian heritage” stem from.

Brilliance Shineray have been tinkering with the meaning of the letters of SWM. The original Italian motto expands into Sironi Vergani-Vimercate Milano (SV-VM > SVVM > SWM), the names of the founders of SWM combined, with the two Vs combined to a W. Shineray, however, thought otherwise and changed it to Speedy Working Motors after its acquisition, and then changed it again to Start, Win More soon after. 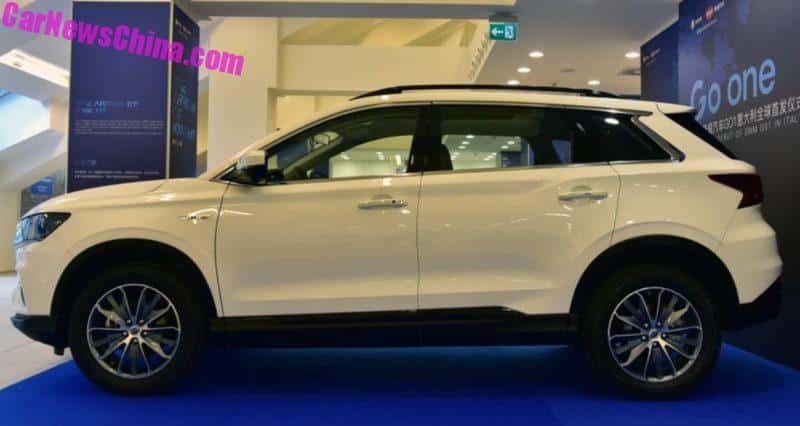 That’s enough history lessons for now and let’s get to the car. While SWM claims that the car was designed in their “Italy design headquarter”, we suspect that maybe they’ve gotten some of their blueprints from France instead. The G01 features a pair of headlights and a hexagonal front grill which looks suspiciously like the DS7, although changes to its details made its design to be a lot less remarkable than the flamboyant luxury cross-over. 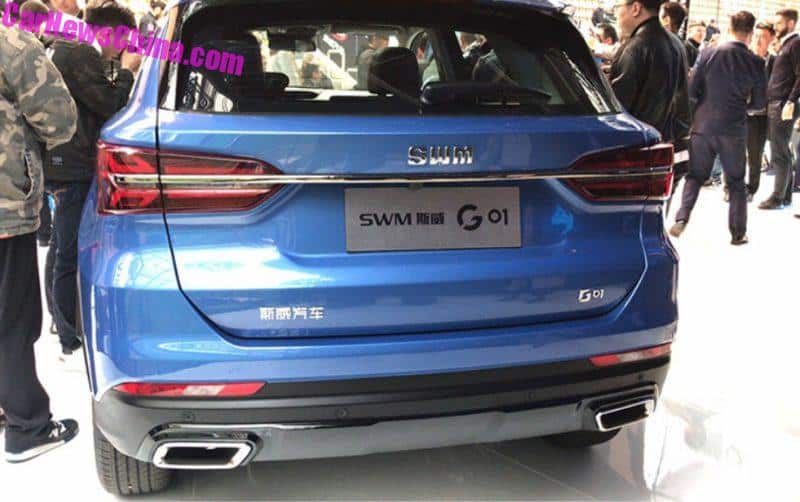 At the back, SWM claims that the G01 was inspired by ancient Roman arrows, as indicated by the shape of its taillights. 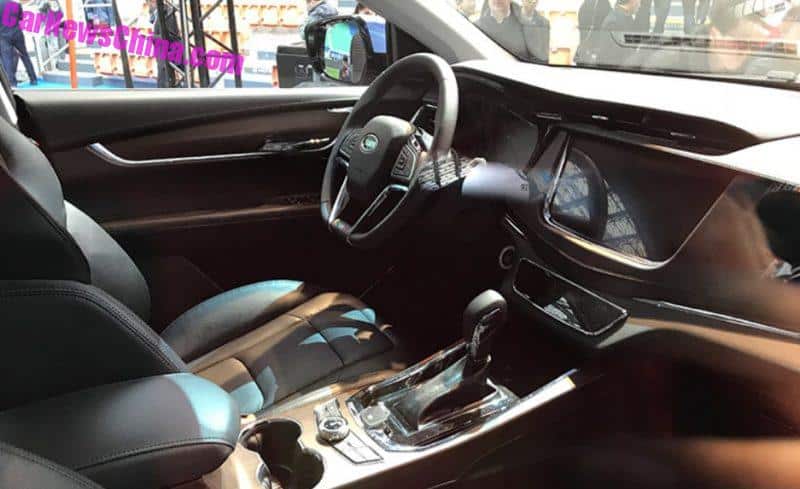 On the inside, the design of the interior of the G01 seems to be made up of a good mix of Roewe and Cadillac, with its center console screen decorated with shiny chrome trims. There is a digital instrument panel and a wide touch screen in the center.

Dimensions of the vehicles are yet to be released, except for the fact that the wheelbase will be 2750mm in length. Also missing are the information on engines and transmissions, although a 1.5 litre turbocharged engine will definitely be employed, together with a 6-speed manual and an automatic gearbox.

According to SWM, the letter G represents the new modular platform in which future SWM vehicles will be built upon, whereas 01 signifies the first “strategic model” to be built for a “global audience”. 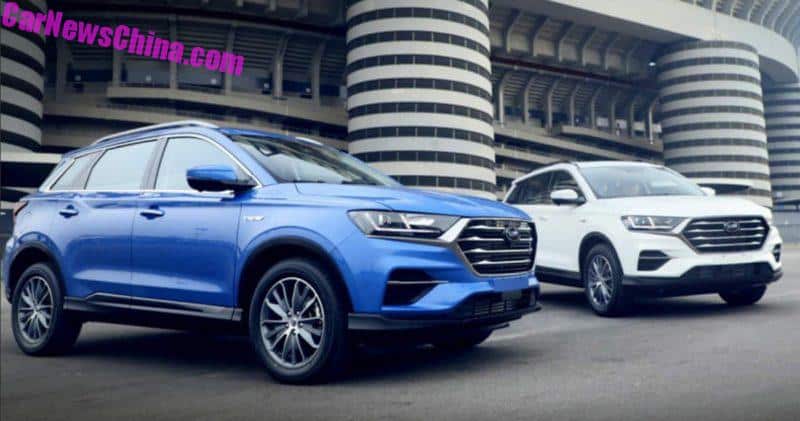 Despite its short history of car building, a quick search on its publicity articles reveals that SWM has big ambition. They seem to have put their eyes on Geely, with three articles suggesting that the G01 is gunning towards the Geely Boyue, Lynk & Co 01, and Lynk & Co 02 respectively.

Meanwhile, SWM probably have some of the weirdest description of their car among all manufacturers. Here are some excerpts of them describing the style of G01:

“The ascending line of the window decoration is like a flying cape when one rides on a galloping warhorse, dynamic without losing touches of sophistication…”

We are not exactly sure if we buy into that. 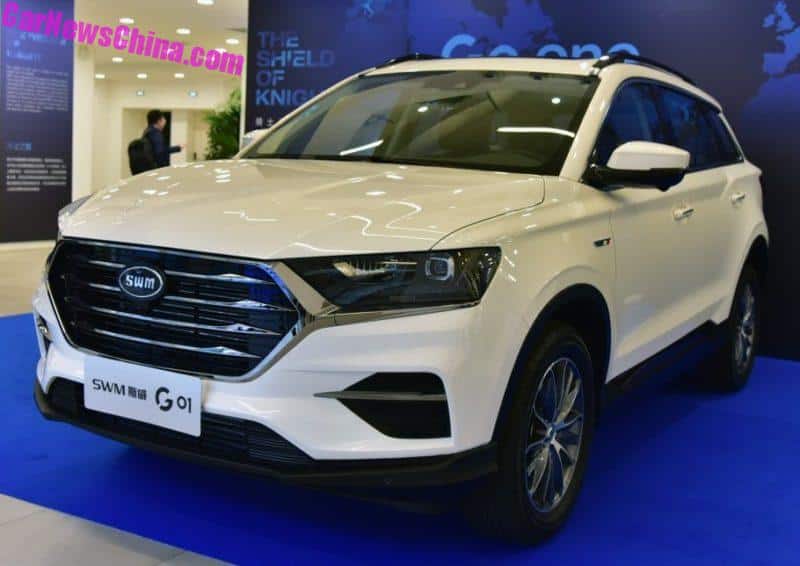