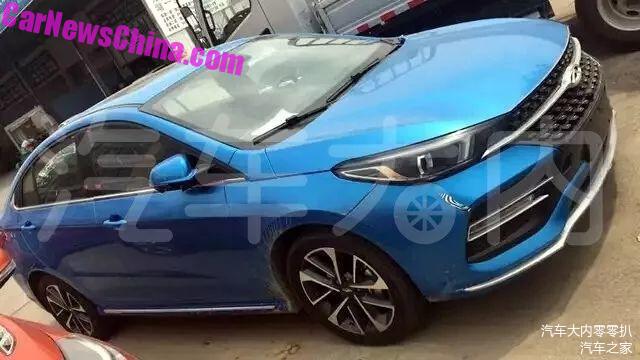 Welcome at the third episode of The Weekly Spy, written by Aiden Jing, where we look at the latest spy shots of new Chinese cars.

Starting with the Chery Arrizo 6:

With the Arrizo 7 now mired in 3 digits sales volume, Chery is desperate to turn things around in the sedan segment with its new Arrizo 6. The Arrizo 6 captured here features Chery’s signature grill design and a pair of sporty looking head-lamps with “7” shaped Daytime Running Lights. At the back, the triangular shaped taillights are pierced by a line of chrome decoration which spans the rear. 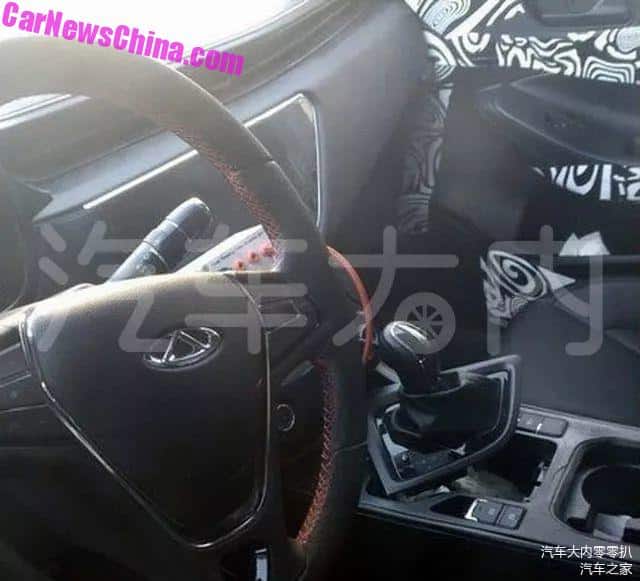 In terms of interior, Chery follows the path of Audi and Haval with the Arrizo 6’s air condition vents extending all the way to the front passenger’s side. We also see a heavy touch of Land Rover here, with the lower centre console taking the form of a touch screen with two turning knobs.

Little details about its powertrains are revealed, though rumours have it that it will be powered by a 1.5 litre turbo four producing 108kW in power and 210nm in torque. It will be paired with either a 5 speed manual or a CVT gearbox. 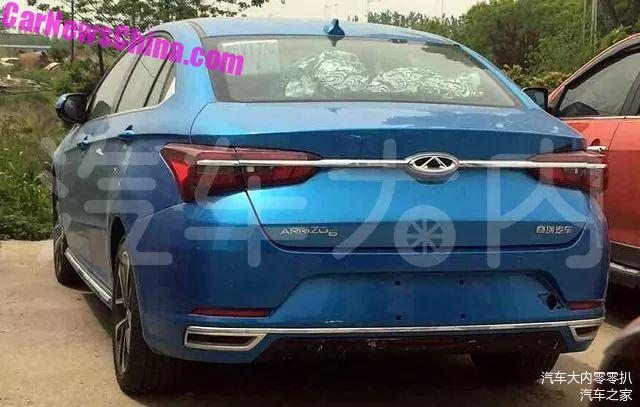 The Arrizo 6 is lined up to debut next week during the Beijing Auto Show, where we will take a closer look at whether it can take on strong rivals such as Chang’an Eado and Geely’s Emgrand.

After disclosing the looks of Zotye’s new BG11 crossover, we obtained a photo of the prototype’s interior together with the artist’s impression. Things are pretty unremarkable in general, with none of the in-vogue items such as the central touch screen being left behind. The BG11 will be Zotye’s replacement of the current T600, the notorious clone of Volkswagen’s Touareg. 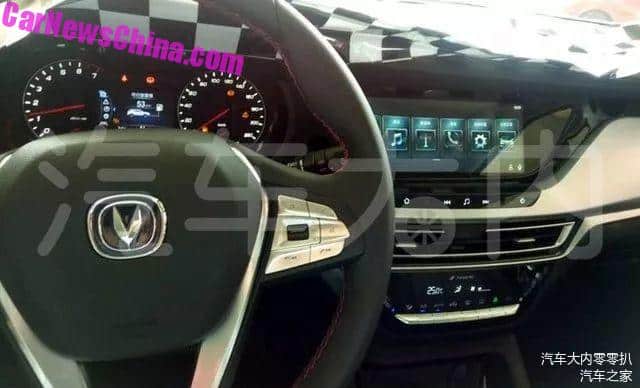 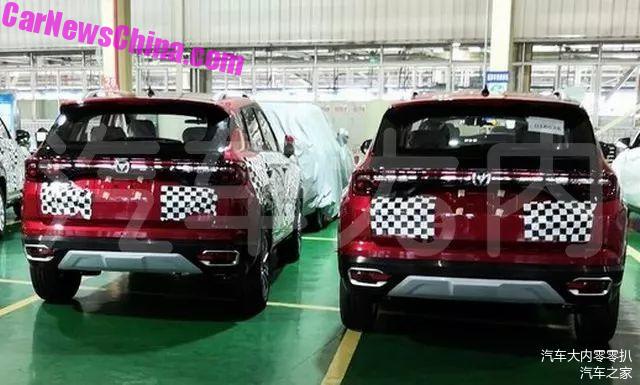 The new CS35 should be open for public inspection very soon and we expect a fierce battle between it and Geely’s SX11 SUV which will also reveal itself later this year. 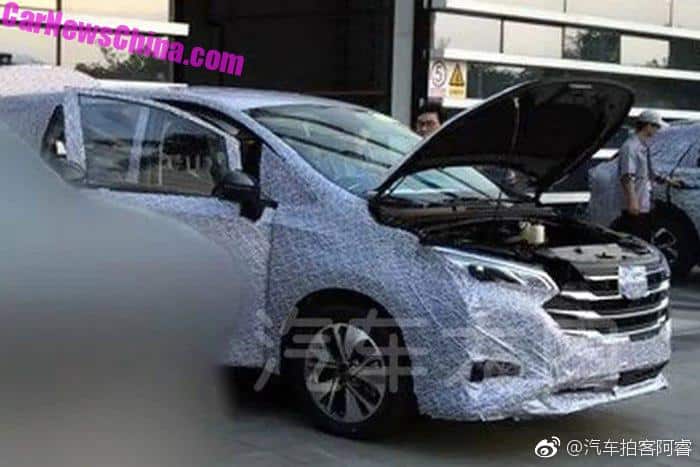 The Trumpchi GM6 is the GM8’s baby brother without a sliding door. It is targeted at, you guessed it, Buick’s GL6, which is somewhat affected by its unpopular 3 cylinder engine. 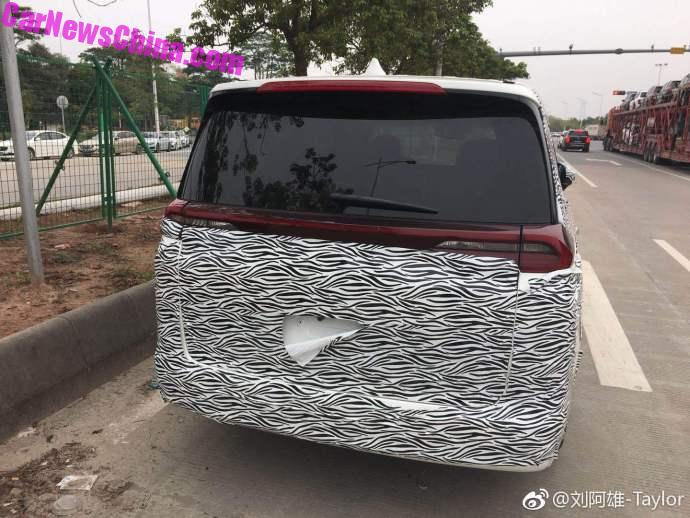 The GM6 took on many similar characteristics of its bigger brother, featuring a single strip of LED light which spans across its rear. 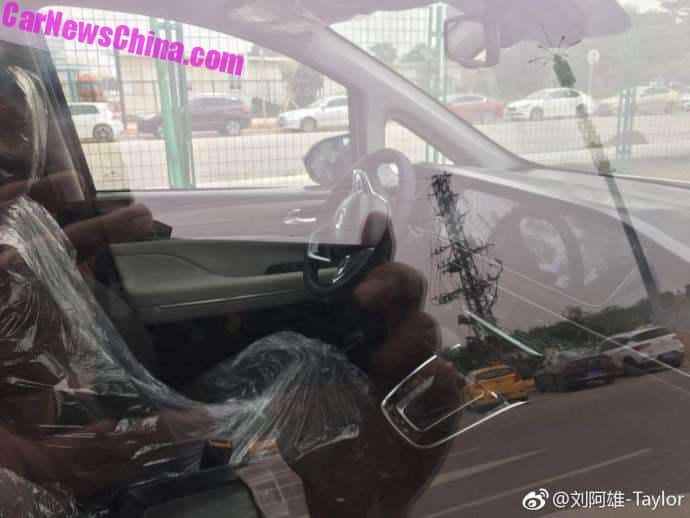 It took on a language of its own in the interior segment however, being fitted with a dual LED screen which serves as both of its instrument panel and center console, similar to that of the Mercedes S class.

The GM6 will be powered by Trumpchi’s new 1.5 turbo four with the  added direct injection technology, in which Trumpchi claims to have higher output and fuel efficiency than it’s current 1.5 turbo and even the 1.8 turbo fitted in the GS7. It is highly probable that the GM6 will be revealed during the Beijing Auto Show, and with the right pricing this may just become the next big thing for Trumpchi. 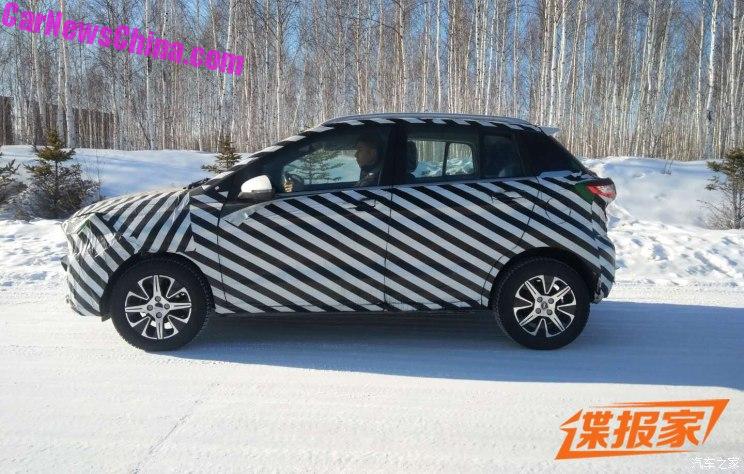 This is a yet nameless new EV of Hanteng, a sister-brand of Zotye.  It is a small crossover with a black D-pillar. It will be powered by an electric motor with 57 hp and 180 Nm. Range will be about 255 kilometers.

The EV will debut later this week on the 2018 Beijing Auto Show and Hanteng just released two teasers. 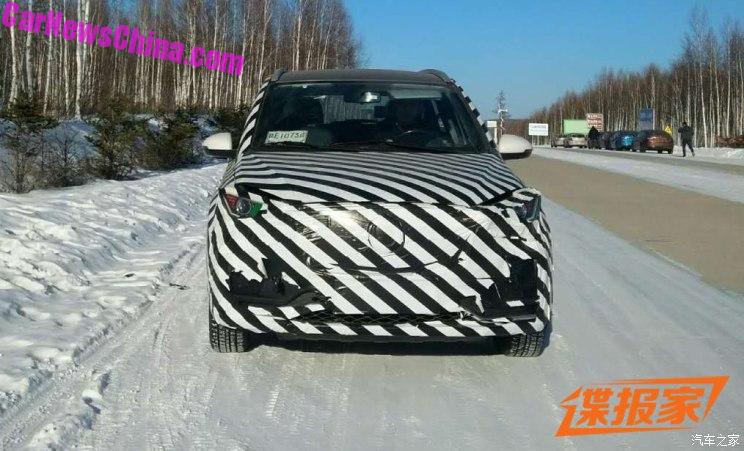 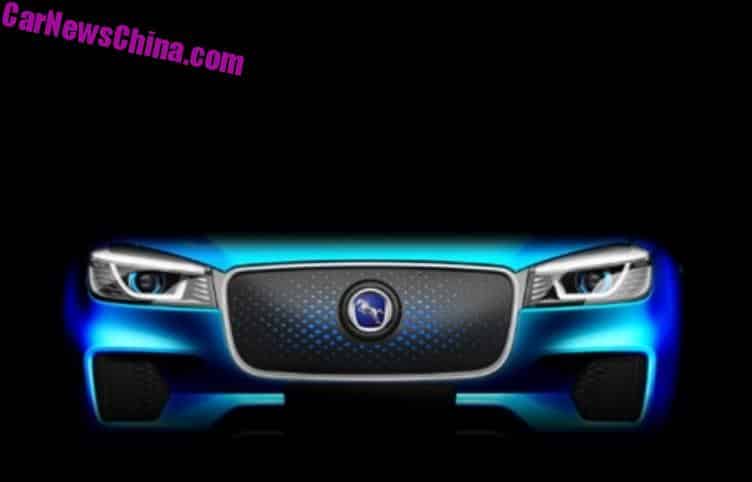 That grille looks very Jaguar. Hanteng horse-logo on the blue badge. Blue is the color of new-energy vehicles in China. 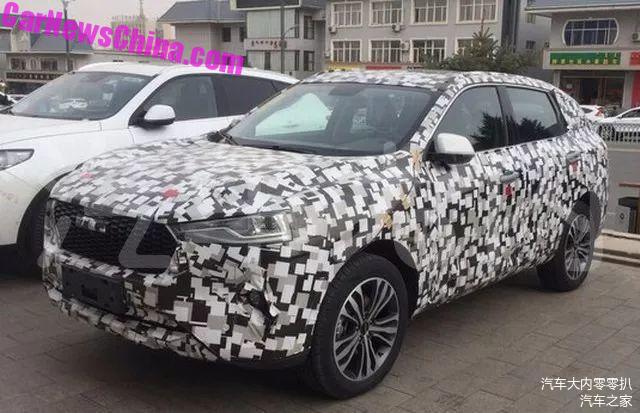 The pictures below likely belong to the production version of Haval’s HB-02 concept. The prototype is heavily camouflaged, though we can definitely recognize the family design language here. 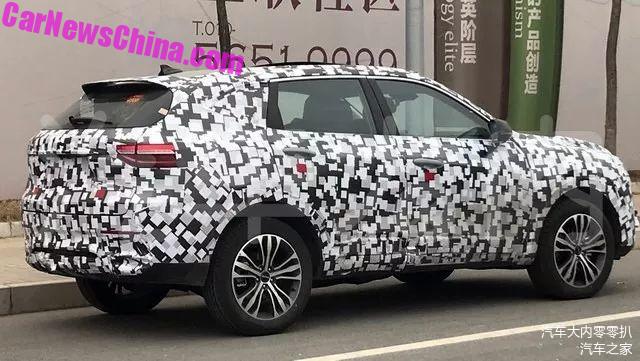 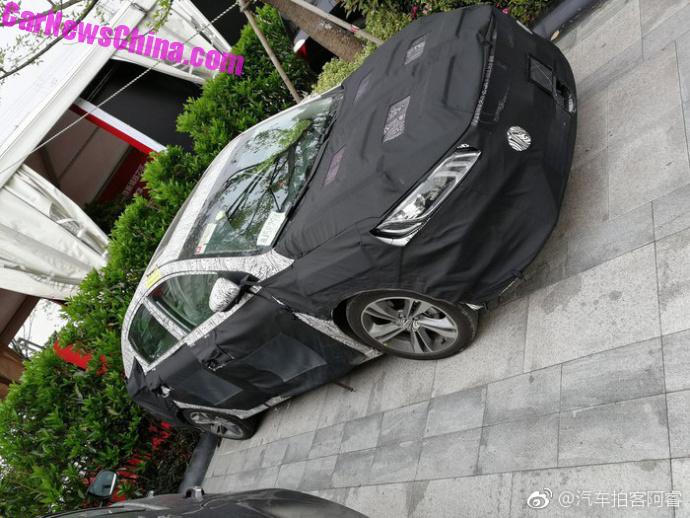 Geely’s new sedan is heavily camouflaged except for its tri-stripe DRL headlights which have apparently become the new design language of the Geely family. The SL is sort of a confusing model as it was awkwardly positioned between the Emgrand and the Emgrand GL, whose price differences are already non-existent. Nonetheless, the SL is expected to feature some interesting powertrain options such as the 1.0 turbo three as newly developed by Geely. The SL will likely miss the Beijing Auto Show, but will debut before year’s end. 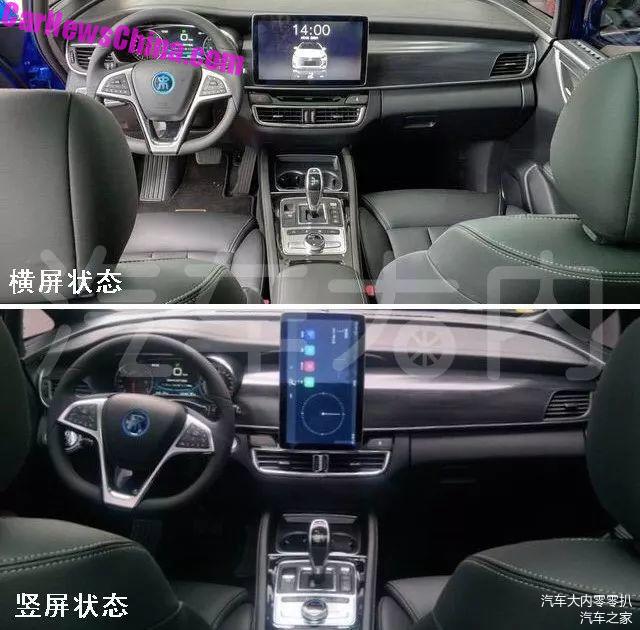 The hybrid version of BYD’s hot-selling Song Max has finally arrived, together with a PHEV-exclusive interior (below), which features the same gigantic rotating touch screen that debuted earlier in the new Tang SUV. Interestingly, on the photo the screen is rotated on the portrait position, but still showing the landscape home-page. 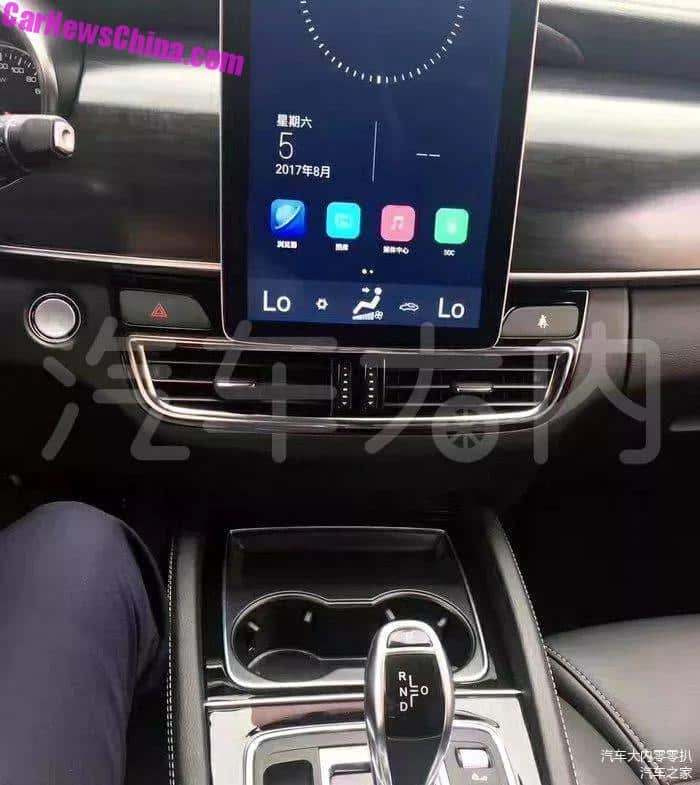 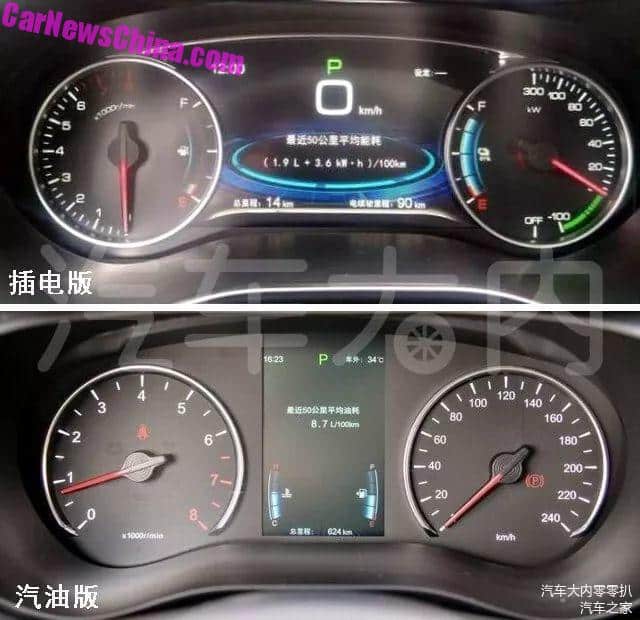 There is also an upgraded digital instrument cluster with larger screen and a fancier design (above). Both the hybrid version and the 6-seater version of the Song Max will grace Beijing Auto Show later this week.