Suzuki Jimny Gets LSEV’ed In China 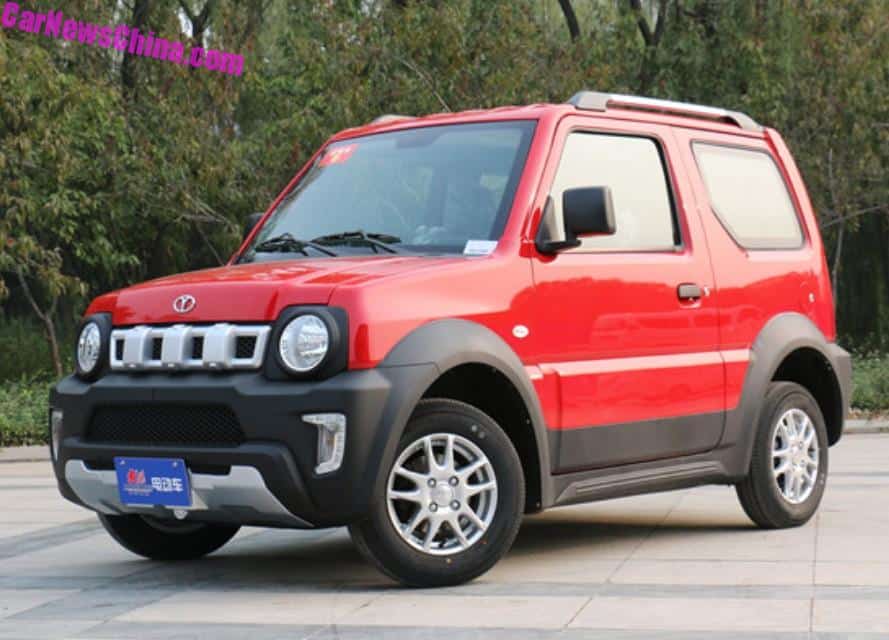 If you go to the Suzuki dealer for an electric variant of the Jimny they will tell you to get lost. Happily, China’s notorious LSEV sector has found a solution: rip it off!

This is the real thing. It is truly an automobile piece of ancient crap. It was launched in 1998 (!!!) and has been in production basically unchanged ever since. Strangely, people still buy it. An all new Jimny is on the way, and will be launched later this year.

The current car is officially sold in China as an import, and weirdly most buyers are of the female kind. Price starts at 141.800 and ends at 160.800 yuan. Lone engine is a 1.3 with, you are not going to believe this, 85 horsepower! 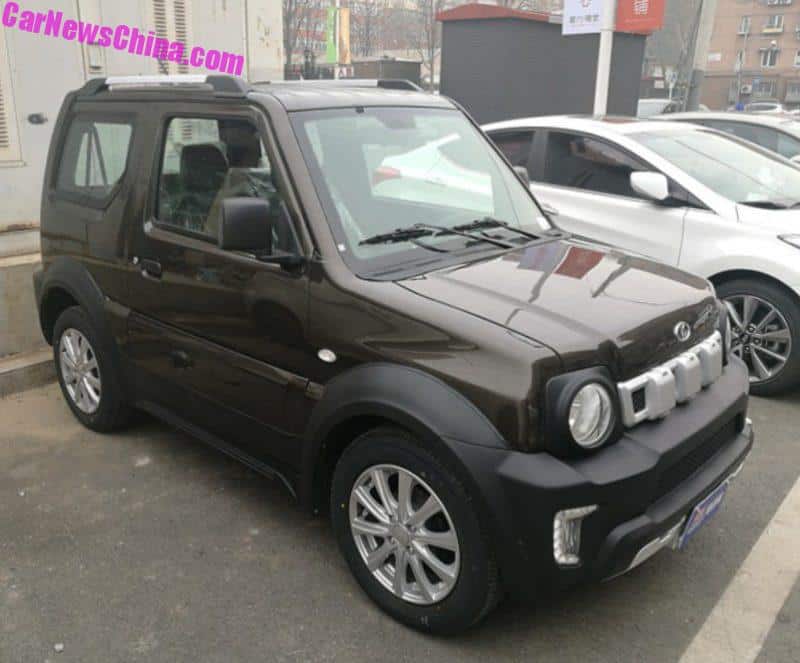 The LSEV clone is called the Chok G1. It is manufactured by a company called Dayang Motorcycle (their website is down or hacked), one of the largest motorcycle makers of China. They make various low-speed electric vehicles (LSEVs) under the Chok brand. They did a good job with the G1, it looks totally like a Jimny, but it is a bit smaller. Proportions, front, rear, grille, it all looks very Suzuki-like. 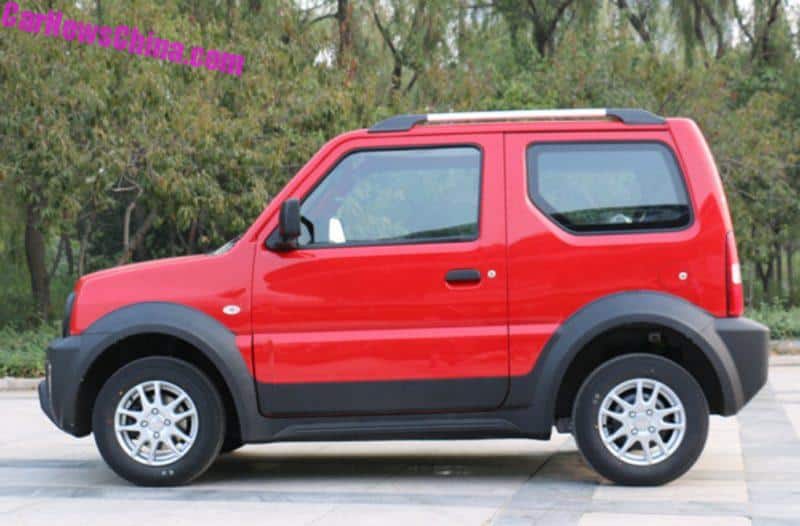 The dash is Chok’s own design, with a digital instrument panel, something the old Suzuki does not have. The drive selector is positioned between the air vents, and the cup holders are handily located in front of the passenger. 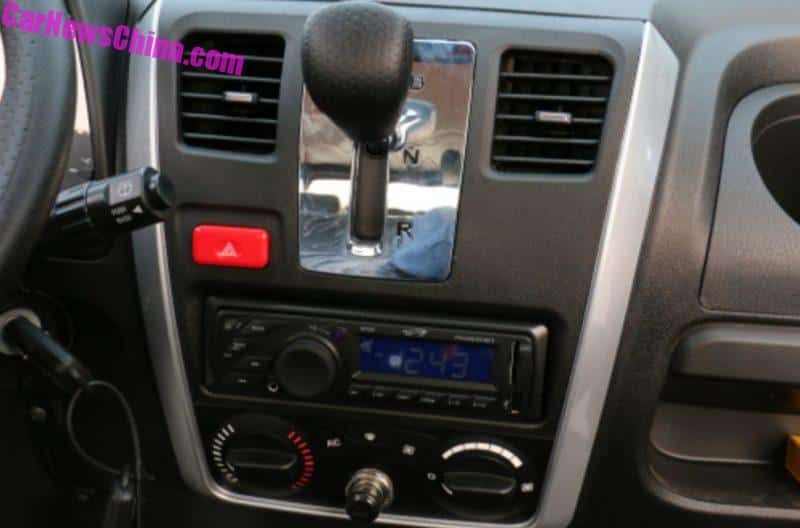 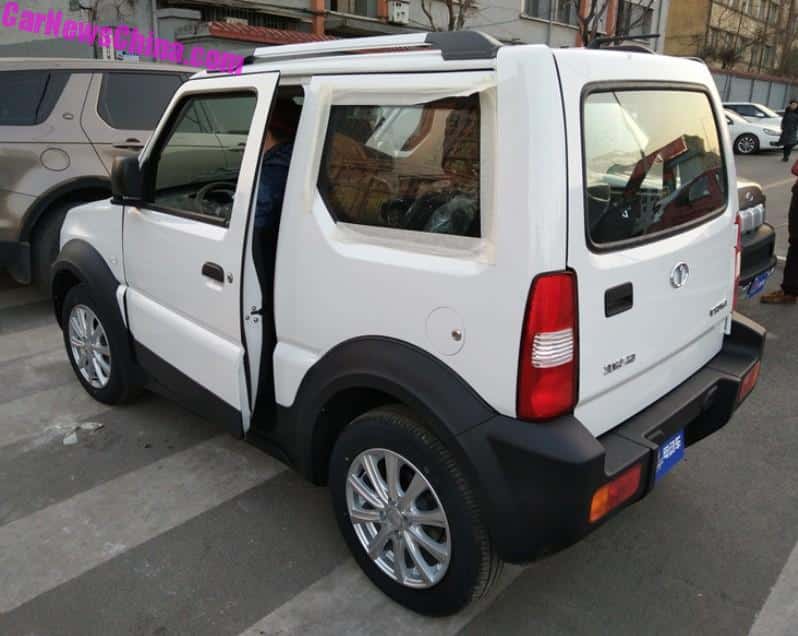 The rear door opens to the right, just like on the Jimny. There is however one big difference: the Jinmy has a spare wheel on the door, the Chok G1 does not. Perhaps they think that looks too old fashioned. 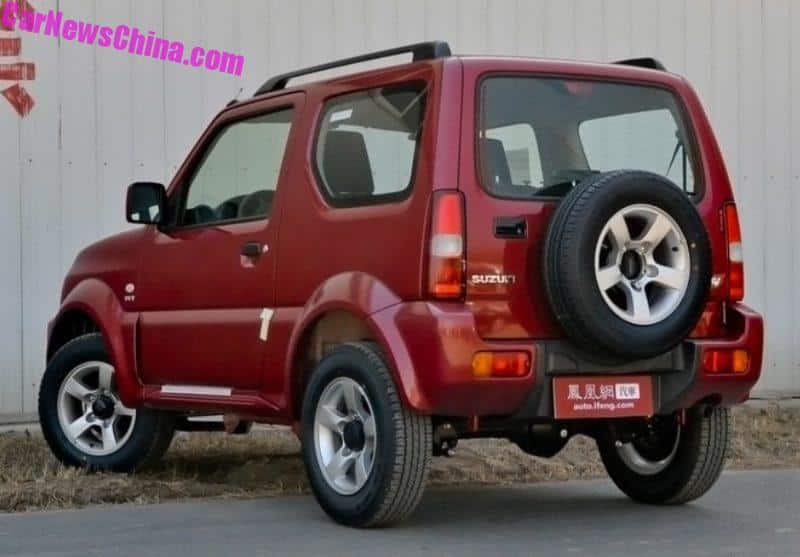 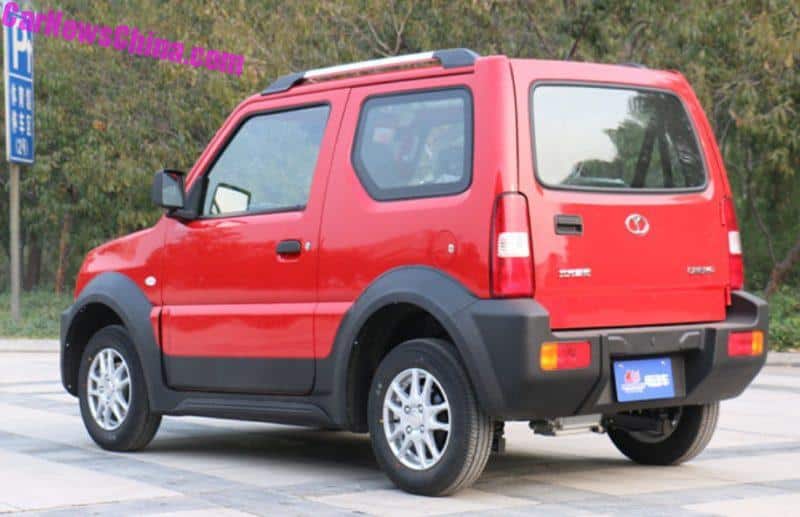 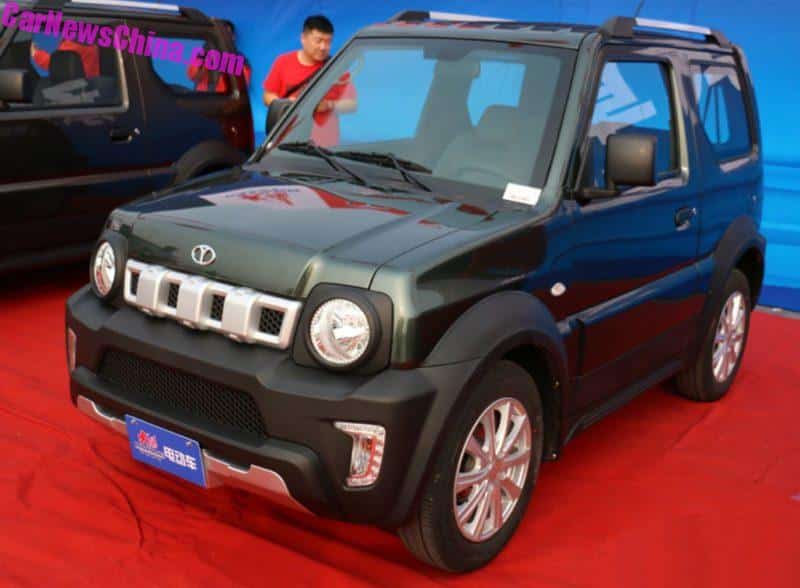 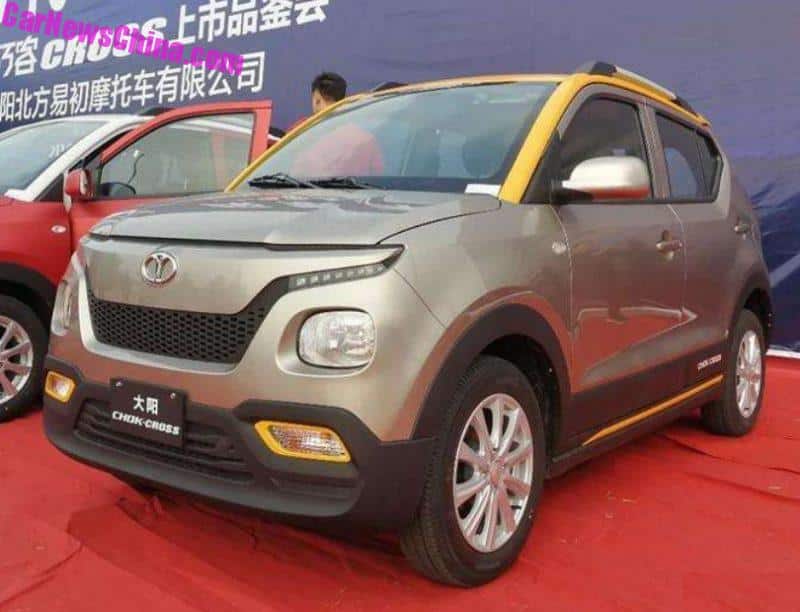 … Chok can help with that one too. More on the Chok Cross in a later post.

And on a side note: back in 2012 there was a Chinese company ripping off the Jimny for a petrol-powered car, with an extended wheelbase! That car however never made it to the market. The Chok G1 did.