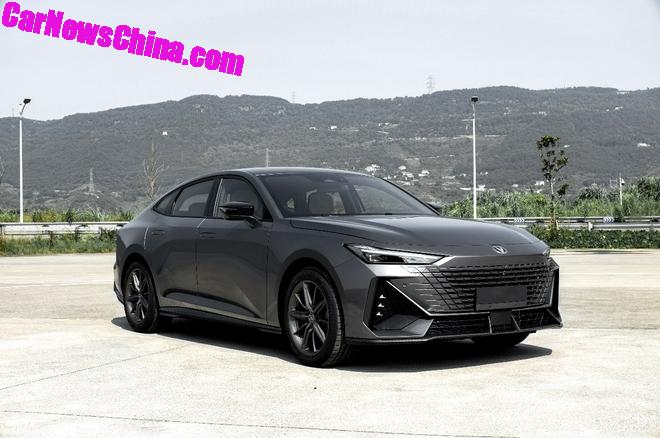 Last week, we covered spy shots of a Chang An UNI-branded sedan. We have now obtained some specifications along with photos of the vehicle without any camouflage. Called the UNI-V, the sedan completes Changan’s UNI- K.T.V. trifecta! 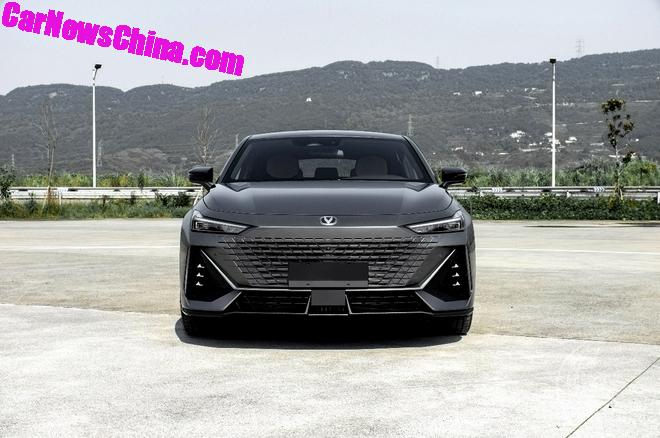 Changan designers have given the UNI-V a strongly geometric front facia. The blended air intake gives the UNI-V an EV-like look while large intakes beneath are probably for aesthetics more than functionality. Sharp headlights and angular creases give the vehicle a sinister presence when viewed head-on. Interestingly, the headlights and the hood bulge remind me of the Ford Mondeo. 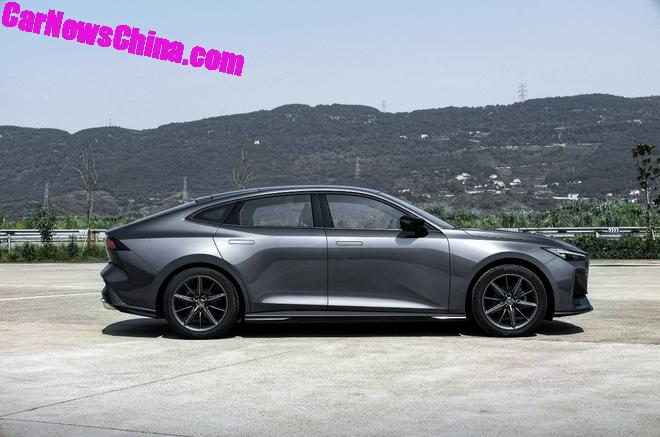 Confident, defined lines take over on the side profile, with a visually long hood, and a long roofline ending in a fastback rear. With optional 18-inch wheels, the UNI-V looks visually pleasant and not over-the-top. Retractable door handles are present of course, as with most contemporary Chinese vehicles of this category. 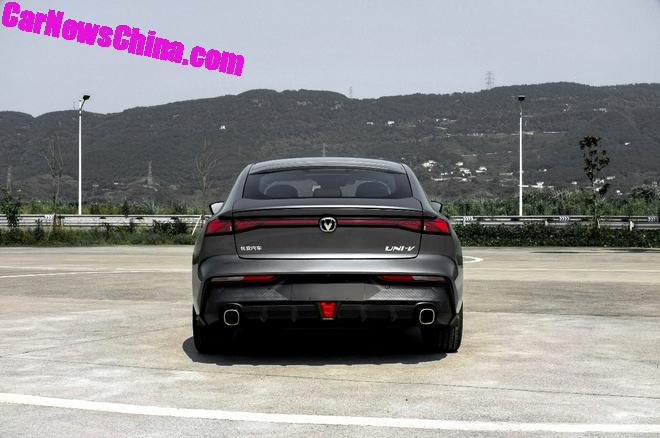 Retro-futuristic rear light bars are cool again, a design cue also present on the UNI-V.  Dual chromed exhaust tips are sporty, as well as the low center third brake light. Apparently, a version of the UNI-V also has an electrically retractable rear spoiler- most likely intended to be a cool party trick.

Along with the released photos, some information was also released regarding the UNI-V. Per the previous article, Changan Auto will use their 1.5T 138kW engine on the UNI-V. There is no mention of the hybrid or 2.0T power system, unfortunately. 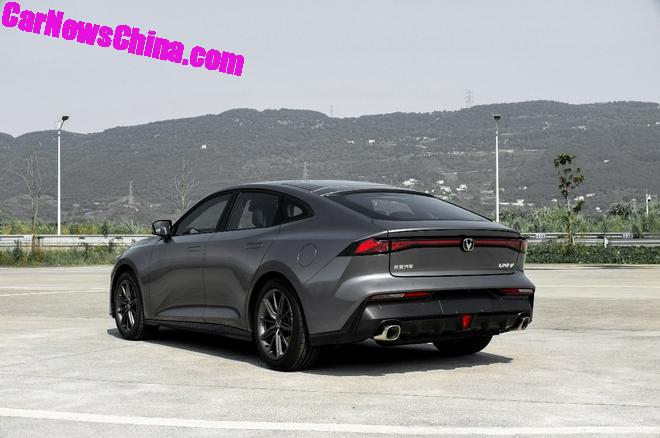 Physical dimensions are quoted to be 4680*1838*1430mm, with a wheelbase of 2750mm in length. The dimensions are quite competitive against similarly spec’d vehicles like the Honda Civic and Lynk & Co 03.

Will the UNI-V’s sporty looks gain favor with young buyers? Stay tuned to Car News China for future news regarding the UNI-V and other Changan auto vehicles.