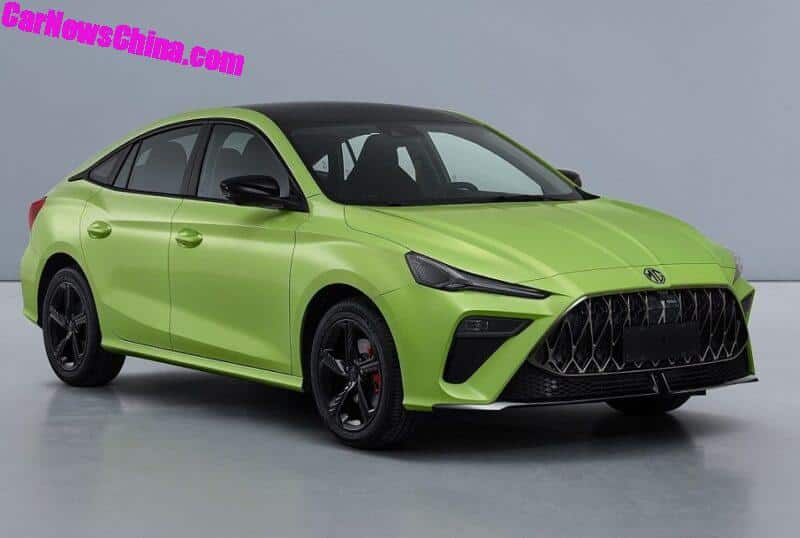 This is the new MG5 Scorpio, a sporty variant of the MG5 sedan. The MG5 Scorpio will debut on next month’s Chengdu Auto Show. It a quite different from the standard MG5; with new bumpers, lights, wheels, red brake calipers, a front lip, black trim around the windows, and all-black mirrors. 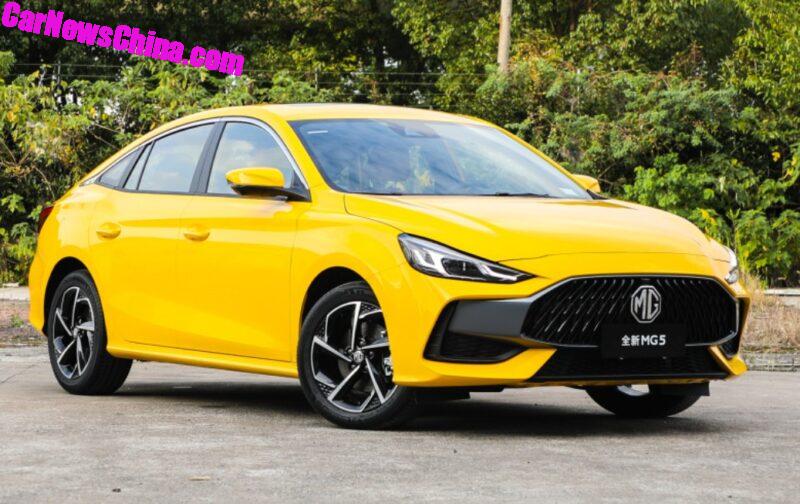 Happily, the MG5 Scorpio is not only about looks. It got some extra power as well. Some. The 1.5 turbo was tuned up to 181 hp, and that’s a whole 8 horses more than the standard car. MG claims a top speed of 200 kilometers per hour, which is exactly the same as standard. Gearbox is the same too: a fancy 7-speed DCT. 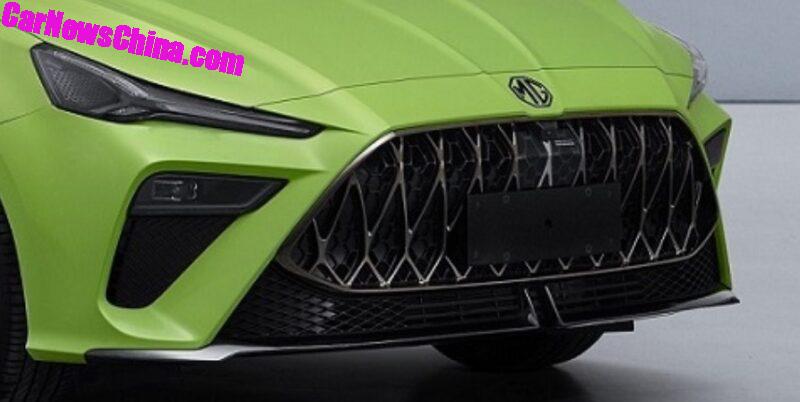 The mouth of the MG5 Scorpio looks way more aggressive than on the standard car. Very racy with the low lip, with a venturi-like air duct in the middle. The lights have black visors and look like a Ninja weapon. The shape of the bonnet is different too, with a new section in the middle. 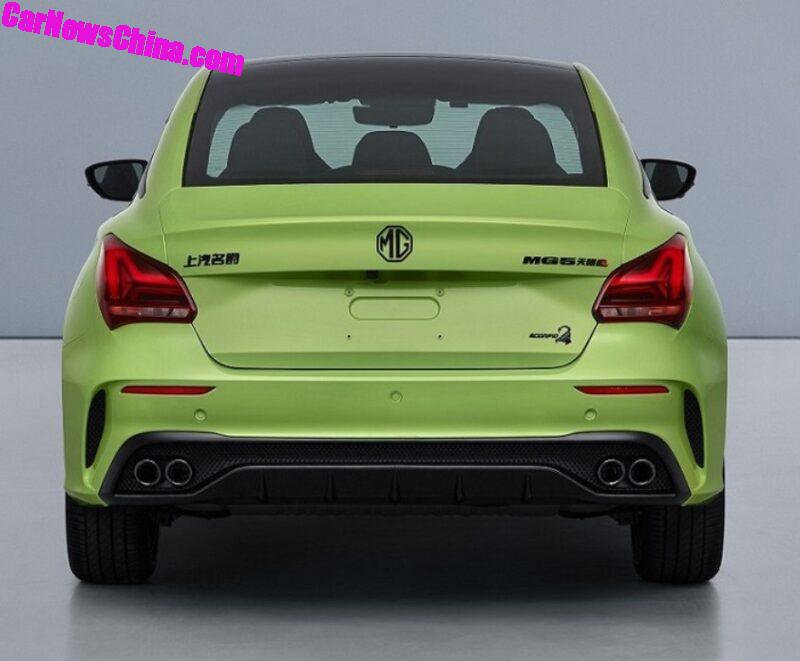 The rear has a super cool Scorpio badge on the lower left. The light units are new, and the bumper has two large air vents. The four exhaust pipes, which are most likely fake, seem a tad too small for the car. It needs bigger pipes! 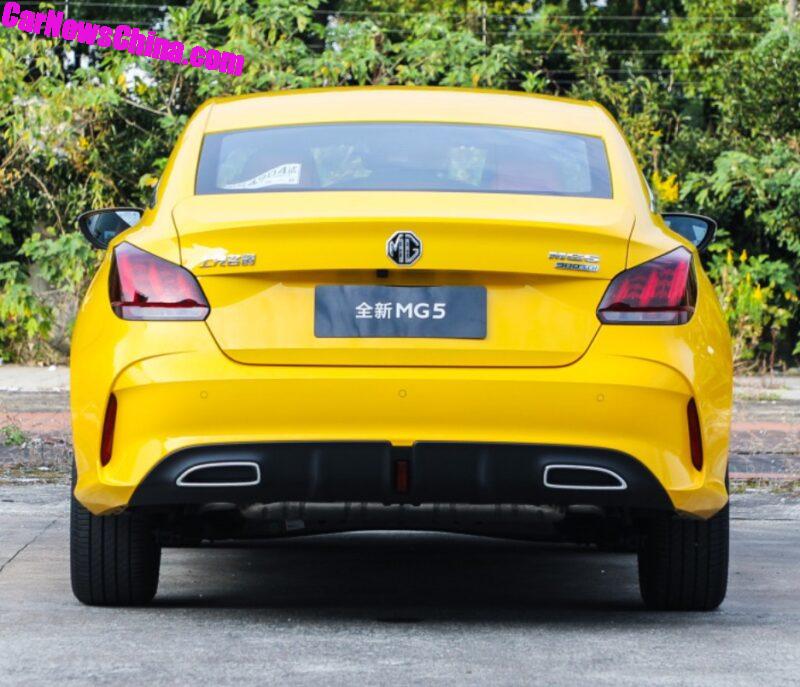 The standard car, with pipe tips that are very clearly fake. You can see the bumper and they sit way too high. Not pretty, but at least they are decently sized.

More on the MG5 Scorpio as we get it!