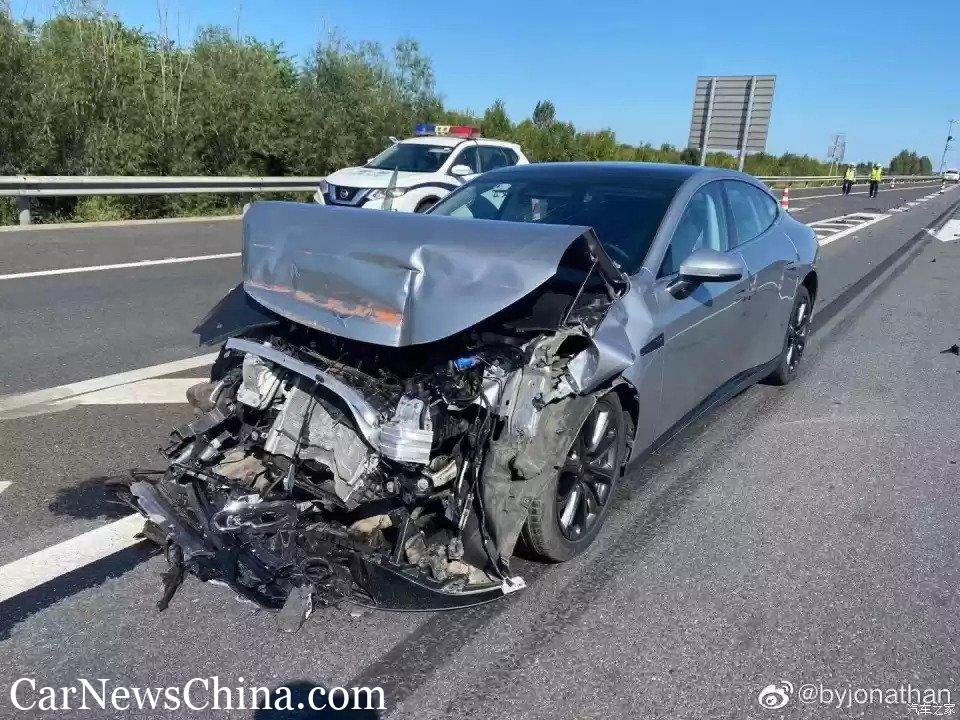 A few days ago, some netizens broke the news that a car owner used the NGP automatic navigation assisted driving system to collide with a truck. He was driving the Xpeng P7. The accident caused slight injuries to the driver. From the owner’s description, it was in NGP when the collision occurred. When the automatic navigation assisted driving system was active, the P7 did not recognize the large truck ahead. And it caused a crash with the rear-rear of the semi-truck.

Popular Chinese news agencies also asked the officials of Xpeng Motors about the incident. The official of Xpeng Motors said that after the accident, a particular person had been assigned and processed the customer’s driving data based on the background detection. And he also conducted a preliminary analysis. Before the collision, the system’s front vehicle identification and control, seat belt vibration reminder, vehicle warning, AEB, and other functions worked in normal conditions. After the further analysis of the results, i.e., after the owner of the car has recovered. After the joint resumption of the market and with their consent, the relevant explanation will be given to the media on time.

From the visuals seen from the dash camera that is attached to the car, before the collision, the NGP automatic navigation assisted driving system of Xpeng P7 was still automatically changing lanes to overtake. But when it was approaching the big truck, the vehicle did not slow down until it collided with the big truck. When it crashed with the rear-end of the large truck, it was a flatbed truck. And there was an extended part of the tail that did not carry any cargo. This may have caused a misjudgment by the system of Xpeng P7.

Before the accident, it was suspected that the driver was dozing off and did not apply manual braking in time, which was seen as the primary reason for causing the accident. Fortunately, the driver was not in serious trouble, and only he was slightly injured. Judging from the accident pictures, the front of the Xpeng P7 has been wholly deformed, and some parts have been broken. It also proves that the car was speeding at high speed at that time, and the two airbags in the vehicle had all been ejected.

Further, we also saw on social media that a friend of the car owner wrote to the CEO of Xpeng Motors. Before the collision, the Xpeng P7 enabled NGP automatic navigation and set the speed to a limit of 120km/h. The speed of the truck which it was hit was estimated to be about 60km/h. The vehicle did not decelerate before the collision. Only ten meters before the crash, the car recognized the truck and started to slow down. But as you guessed, it was too late to reduce the speed. The accident caused the car owner to have a concussion and body aches. He has been hospitalized and will recover soon.

Based on the relevant information available, the owner said he was very disappointed with the Xpeng P7. And he hopes that Xpeng could return the car for himself. After the accident, Xpeng’s customer service did not call for any condolences. The owner’s friend also published the accident situation in the community application of Xpeng. And a “helper of the Pengyou butler” gave an official reply, i.e., “Sorry Pengyou, the problem has been reported to the relevant department for follow-up, please wait patiently.” This is what the official of Xpeng replied to; he doesn’t have any more replies. The incident is under further investigation, and we will continue to update the story once more information is published.