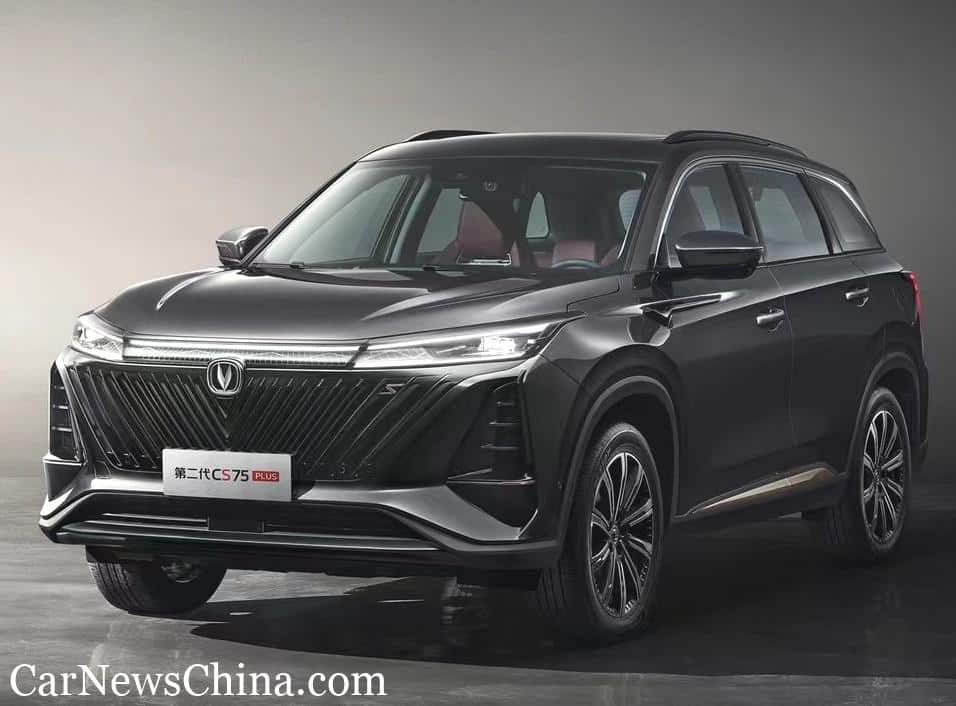 This is the new Changan CS75 Plus, ready to be launched on the Chinese car market in early 2022. The new CS75 Plus features a daring and progressive design, with a whale-like grille topped by a wide light bar that combines the lights themselves with a stylish bar in the middle.

The front design is daring but not overly sporty. But the rear end is very racy, with a spoiler atop the window with a light unit in the middle, a faux diffuser with an F1-style fog lights, and four extra large exhaust pipe tips.

The new Changan CS75 Plus will be available with two engines: a 1.5 turbo with 178 hp and 265 Nm and a 2.0 turbo with 233 hp and 360 Nm. The 1.5 turbo is mated to a 6-speed automatic manual transmission (AMT) and the 1.8 turbo to an 8-speed ATM, bot sourced from Aisin, a large Japanese parts maker that is currently very popular among Chinese car companies.

The interior is very luxurious for the segment, with lots of classy leather on the seats and dashboard. The three-spoke multi-function steering wheel has a flat bottom and the design of the gear lever is, according to Changan, inspired by yachting.

The new Changan CS75 Plus will have its public debut on the upcoming Guangzhou Auto Show later this month. Price will start somewhere around 120.000 yuan ($18.810).