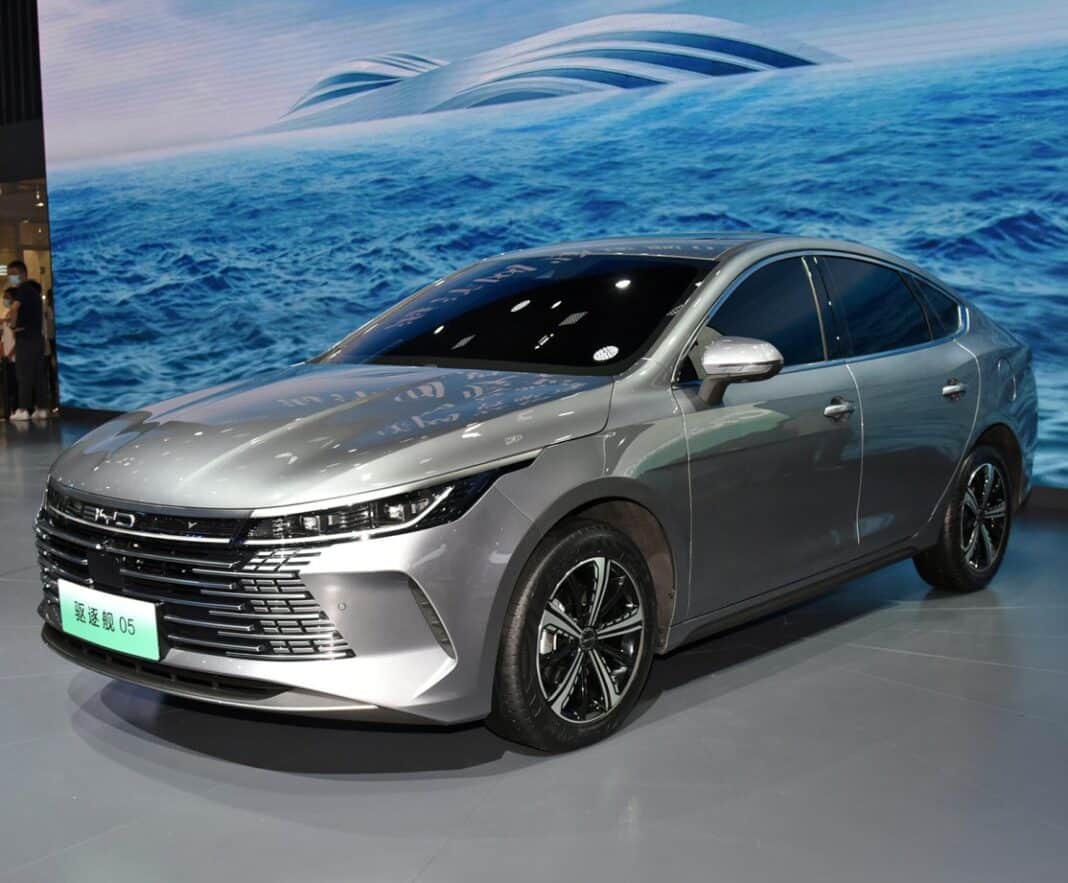 This is the new BYD Destroyer 05, unveiled for the first time on the 2021 Guangzhou Auto Show in China. The Destroyer 05 is a compact plug-in hybrid sedan set to launch on the Chinese car market in early 2021. The Destroyer 05 features a sharp and clean design, with an impressive grille and a fastback-like rear end.

It is a nice looking car with some impressive tech on board, but the overload of marketing speak is a bit distracting. We are also curious about the names of the next cars in the Warship series; what about Submarine, or Landing Helicopter Dock, or perhaps Torpedo boat..?