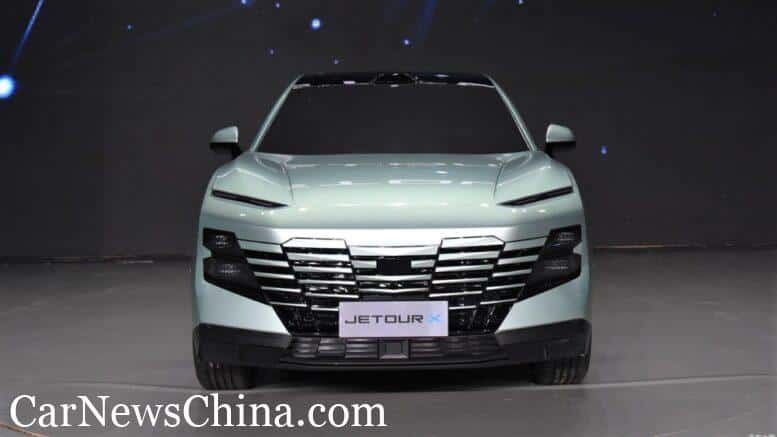 At the beginning of 2022, Jetour Motors, a member of the Chery Holding Group, officially announced a new mid-size SU called Dasheng. The new car was previously known as the X-1.

The company also said this new model would be released within this year.

According to Chery, this new model is based on the architecture of Kunlun. The car also features the Huawei L3 autonomous driving assistance system and the latest technologies like Smart Cockpit 3.0 and Healthy Cockpit 4.0.

A different radiator grille makes it outstanding from other ordinary vehicles in the front. There is a slim LED DRL and the bonnet giving it a sharp look.

From the side, the front is slightly elevated. While the stern, on the contrary, is pressed down.

Slender LED taillights extend towards the fender at the back, and a large diffuser covers most of the rear bumper.

From previous spy shots, the interior of the Jetour Dasheng will be two-tone and has a simple design.

The air vents are no longer separate units but integrated into the dashboard, like a Tesla. The multimedia system is a huge square screen. Therefore, there is no physical button in the car.

The area of the central armrest of the cross is large. There are slots for cupholders, a block for wireless charging of mobile gadgets, and huge storage space.

A HED system is also visible (red circle) in the spy shots.

What is very interesting is that there doesn’t seem to be any gear selector/drive selector visible on the spy shots. So they moved that to the steering wheel column of the screen.

So far, the company has not revealed more details like price and body size. However, Chery OMODA 5 size can be a reference, which length, width, and height are 4400mm, 1830mm, 1585mm, and a wheelbase of 2630mm.