World’s largest demonstration of hydrogen vehicles at the Winter Olympics 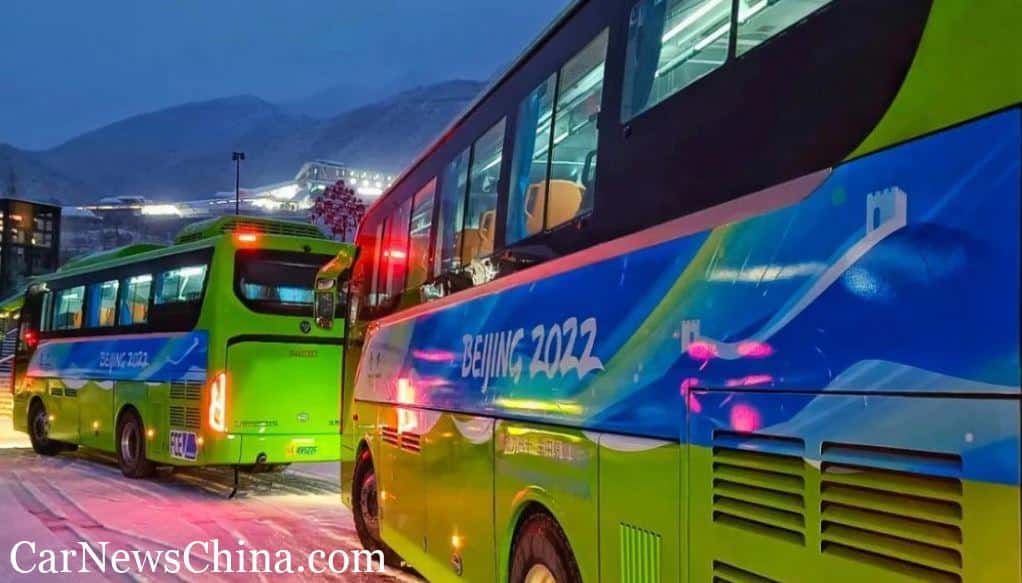 Can you imagine over 1,000 hydrogen fuel cell vehicles shuttling around a village? Well, that is happening now at the Beijing 2022 Winter Olympics!

As the world’s largest demonstration of fuel cell vehicles, more than 1,000 hydrogen vehicles are in operation with over 30 hydrogen refueling stations. According to the Beijing Winter Olympics Organizing Committee, 816 are commercial vehicles supplied by brands including Beiqi Foton Motor and Geely’s commercial vehicle brand Farizon.

Furthermore, among the 515 hydrogen-fueled buses in operation, 212 are equipped with the Toyota hydrogen fuel cell system developed as a joint venture between Toyota, BAIC Group, and SinoHytec.

SinoHytec is a Chinese company that engages in researching, developing, and industrialization of hydrogen fuel cell engine technology.

As a clean and zero-carbon secondary energy, hydrogen will play a certain role in the transition to clean energy to achieve carbon neutrality. The current developmental stage of hydrogen fuel cell vehicles is similar to that of electric cars in 2010.

After the Winter Olympics, these hydrogen fuel cell vehicles will continue to serve the public through various public transportation systems in Beijing and Hebei. This demonstration might accelerate the popularization of hydrogen-fueled buses in China. In fact, by the end of 2021, 16 provinces and cities, including Beijing, Shandong, Hebei, Tianjin, Sichuan, Zhejiang, and Ningxia, already have formulated hydrogen energy development plans.