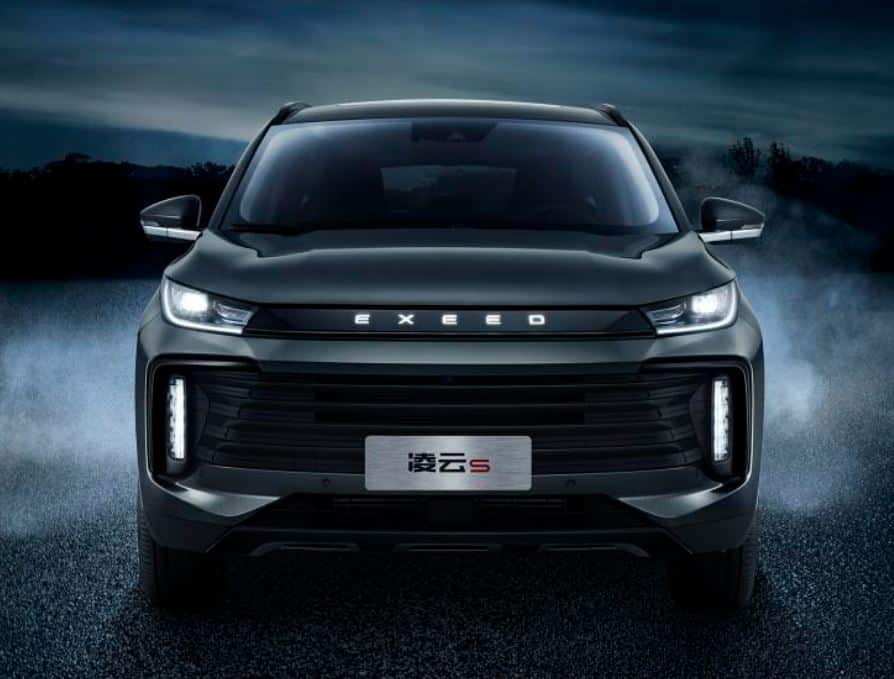 This is the Exeed Lingyun S, a sporty version of the Lingyun (TXL). The Lingyun S is positioned as a high-performance sports SUV. It is expected to launch in the first half of this year. Its main competitors include BYD Tang, Hongqi HS5, and Volkswagen Tiguan L. Exeed is a luxury SUV brand under Chery.

The Lingyun S adopts a banner-type super-sized air intake grille design on the front face. The headlights on both sides of the front are narrow and sharp, bringing a visual impact. The fog light adopts the LED matrix light strip design. The lines of the overall front and heat dissipation vent are delicate.

The Lingyun S is equipped with a luggage rack and a large-sized spoiler on the roof. A ring of the silver chrome trim is added around the window. The segmented design of the waistline makes the car fashionable. Furthermore, the Lingyun S adopts a new five-spoke hollow design in the wheel hub, making it more sporty.

The Lingyun S is equipped with a floating central control screen and a digital LCD instrument panel in the interior. A large area of the interior has chrome decoration and suede material to emphasize the technological atmosphere of the car. The “superpower” logo is printed on the co-pilot seat. In addition, the Lingyun S supports 15 Advanced Driver Assistance Systems functions and is equipped with BorgWarner’s four-wheel-drive system and Bosch’s 9.3 electronic stability program (ESP) system.