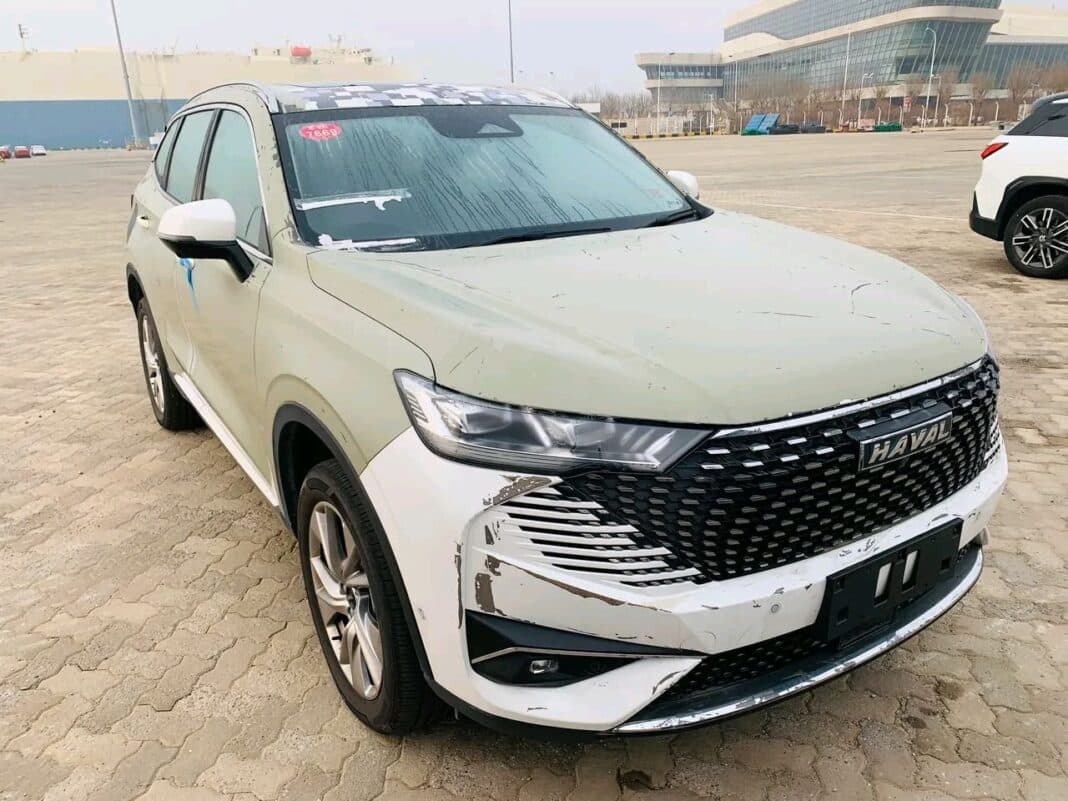 The Haval H6 PHEV was spied in an unspecified port. Haval will ship this SUV to the Thailand market, where GWM launches mainly hybrid models.

What is Haval H6?

Back to Haval H6 PHEV

At Auto Show in Thailand in 2021, the technical details of the Haval H6 PHEV were revealed. This SUV is equipped with a 1.5-liter ICE paired with an electric motor. The combined output of this system reaches an impressive 326 hp and 530 Nm. According to Weibo social media, the H6 PHEV will be equipped with a 41.5 kW battery. It is pretty remarkable for a hybrid. With this battery, the range of the H6 reaches 201 km (NEDC). This model got the design of the H6’s version called Supreme +. It is distinguished by a frameless grille that has become fashionable among lots of cars in China.

The interior of the H6 PHEV also stays in line with the Supreme +. Its key features include a floating 12.3-inch center console screen, elongated air vents, and a redesigned center console with a rotary gear shifter.

It isn’t difficult to understand the H6 PHEV belongs to an international market. Just look at the fifth door of the model. In the lower right corner, it is the lettering “GWM.” In Chinese versions, the name of the Great Wall Motors company is written in the characters “长城汽车.” The location where the car was shot is worth paying attention to. We can see a ship and other vehicles in camouflage in the background. Perhaps these vehicles were prepared for shipment to Thailand. Or maybe the photo was taken already in Thailand.