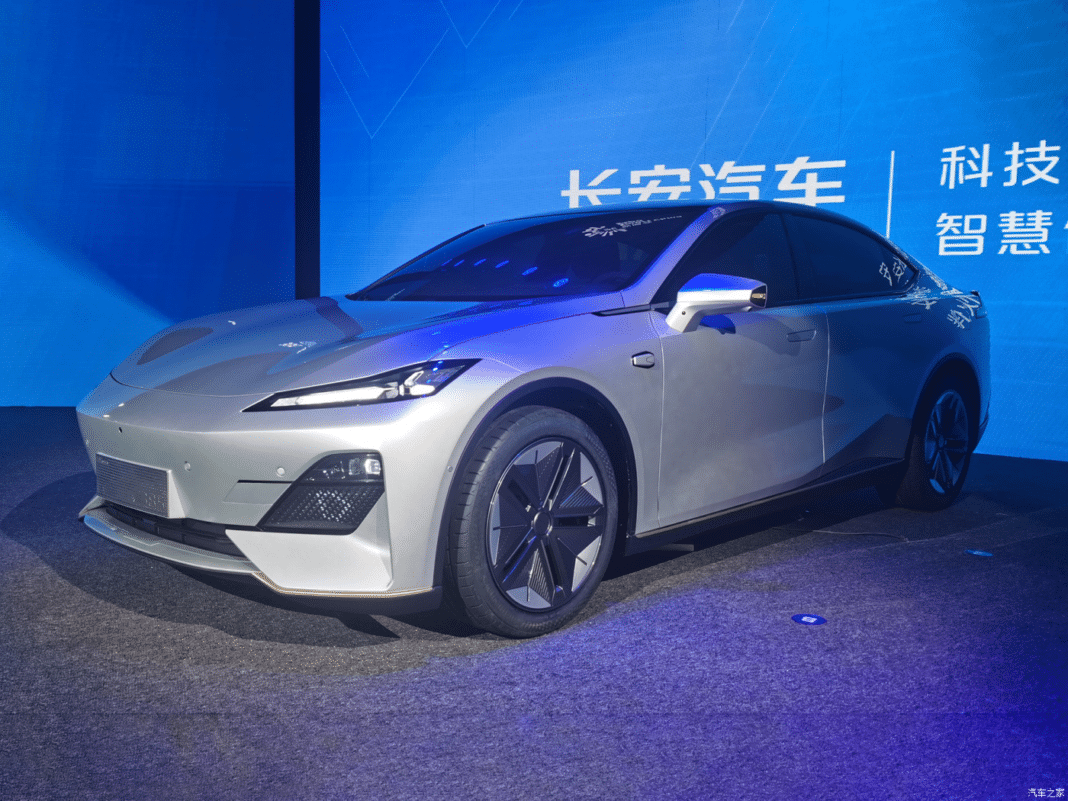 Newly formed brand Changan Shenlan has revealed details about its first car, codenamed C385. Its name and logo are still kept secret, but Shenlan shared with us some technical information. The C385 will get EV, EREV (range-extender), and even FCEV (hydrogen) versions.

What is Changan Shenlan C385?

Let’s remember what we knew about the C385 before. It is positioned as a compact sedan in a mainstream segment. Its exact dimensions are 4820 x 1890 x 1480 mm with a wheelbase of 2900 mm. Thanks to the fast-back shape, the drag coefficient of the entire vehicle is only 0.23Cd. We also know the C385 platform is the Changan’s EPA1. Changan Shenlan also showed photos of its interior. Worth mentioning the C385 is another joint project of Changan, CATL, and Huawei. This “trinity” also works on Avatr and Changan Lumin.

But let’s get back to the C385. And let’s start right away with its key feature. It is the versatility of the EPA1 architecture. The thing is, the C385 can be just an EV, a range-extender (EREV), or even be powered by hydrogen (FCEV). Let’s take a look at each of these versions!

The all-electric C385 has a range of 700 km and is equipped with an electric motor on the rear axle only. The RWD became the sedan’s feature, which Changan Shenlan often bragged about during the conference. Speaking about the electric motor, it is the next generation made by Changan. It was upgraded in various ways, including the adaptive control algorithm. This motor’s peak power is 190 kW (258 hp). It consumes 12.3 kWh/100km.

We will remind everyone that EREV vehicles have an ICE on board, but it only charges the battery and doesn’t distribute any power or torque to the wheels. With the EREV system onboard, the C385 can run up to 1200 km. As for pure electric mode, its range reaches 200 km without ICE support. Changan Shenlan also shared fuel consumption numbers. On average, it is 4.5 L/100 km. The electric motor is the same here – RWD 190 kW.

The Changan Shenlan C385 also has a hydrogen version. The FCEV’s range reaches 700 km, just like the fully electric C385. But the primary benefit of the hydrogen version is quick refueling. It takes only 3 minutes to fill the hydrogen tank. By the way, the hydrogen consumption of the C385 is 0.65 kg/100 km. And this version also got the same electric motor with 190 kW.

Other Features of the C385

The C385 will be equipped with 27 different sensors and support the L4 level of autonomous driving. It allows the car to drive entirely on its own. The 8155 chip from Qualcomm powers computers that power the autonomous driving systems of the C385.

The EPA1 platform has a rear multi-link independent suspension system. It supports AWD, but for now, all C385s will come with RWD only.