BYD Seal Electric Sedan Spotted On The Road In China 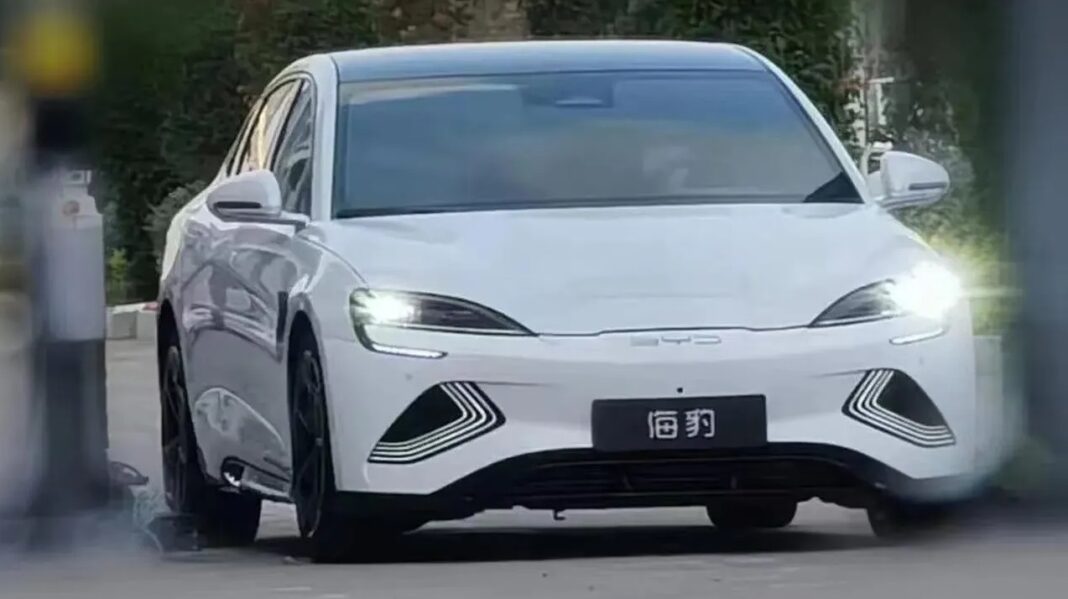 As BYD continues to develop the BYD Seal, fans have been on the lookout for possible sightings of the car. According to photos posted on Weibo, people following the car’s journey to production got their wish recently as several pre-production candidates were spotted in public.

The Seal models posted by a Weibo user were without camouflage, but this is not surprising at this stage.

The roof has a noticeable slope that may bother tall passengers sitting in the back.

At the rear, a bar of light connects the rear lights, although they appear to be misaligned in the photos. From the side, the BYD Seal is reminiscent of the Tesla Model 3, which it will compete with. Apart from the low bonnet, there are creases on the sides for improved aerodynamics. The photographer was able to take pictures of the cars when they were in motion and stationary.

While BYD has already revealed official images of the Seal, it is nice to see it in real-life. The car should have debuted at the Beijing Auto Show last month, but the event was postponed. BYD will offer 3 versions of the Seal, with a range of 550/650/700 km. There are two battery options; 61.44 kWh and 82.56 kWh. The former gets RWD, while the latter gets 4WD. The RWD version weighs 1885 kg and the 4WD version weighs 2015 kg or 2150 kg.