BYD Han EV Ignited In China, Cause of Fire Is Unknown 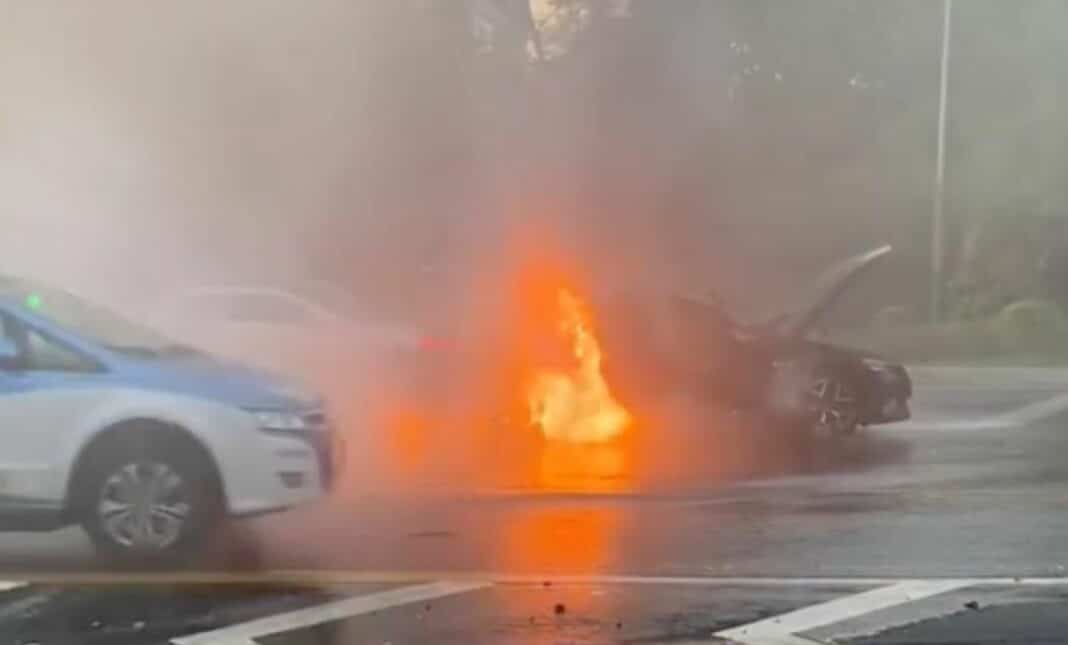 Recently, the spontaneous combustion of a vehicle that looked like the BYD Han EV occurred in Shenzhen, China. The self-igniting vehicle caught fire in the middle and rear. The cause of the fire is still unclear.

This wasn’t the first time a BYD Han caught on fire. Earlier in October 2021, a BYD Han was seen emitting a lot of white smoke on the side of the road on the Shenzhen Shuiguan Expressway.

In the past year, the news of electric vehicles catching on fire is not uncommon. And yet, the sales of electric cars have reached a new high. BYD even announced that it would discontinue the production of fossil-fuel vehicles.

The Chinese media reported only 86 electric vehicle fire accidents in the past two years, averaging one accident per week. However, in the first quarter of this year, 640 electric vehicles caught on fire, a year-on-year increase of 32%, which is equivalent to an average of 7 electric cars caught on fire per day, according to the latest data released by the Chinese Fire and Rescue Department of the Ministry of Emergency Management on April 3 this year.

The Cause of EV Fire

When an electric vehicle battery uses DC fast charging under an ultra-low temperature environment, if the electronic control system fails to preheat the battery, the battery is at risk of fire. Another cause of the fire is lithium carbonate precipitation and the formation of lithium dendrites in ternary lithium batteries and lithium iron phosphate batteries. The addition of relatively cheap electric vehicles to car-hailing fleets also represents an additional risk due to high usage and more fast charging.

Furthermore, when the car chassis is in a collision, the cells in the battery pack are squeezed or punctured, then a short circuit occurs in other components. Gradually, the internal temperature of the battery rises to a thermal runaway, causing a fire, according to Dongshu Cui, secretary-general of the China Passenger Car Association (CPCA).