Feifan F7 Is A Chinese Electric Sedan With Swappable Batteries 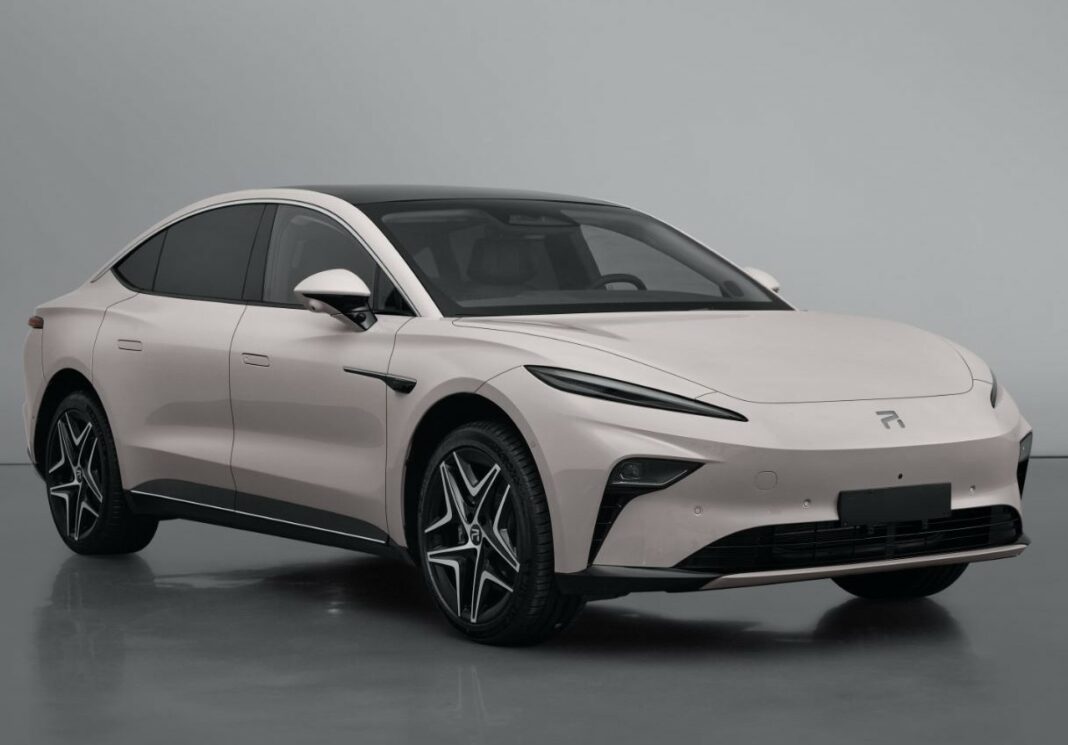 This is the Feifan L7, a new electric sedan for the Chinese car market. Feifan is an mid-high end EV brand under SAIC. It is basically a continuation of the former R-Line of the Roewe brand. They make 3 cars right now: the R7 SUV-coupe, the Marvel R SUV, and the ER6 sedan.

Their English name is Rising Auto, a name so far rarely used. But this may change. Recently, Rising Auto launched a new brand-theme song called ‘Rising My Way‘, performed by the somewhat controversial singer NINEONE#. She’s a rapper by trade, but in Rising My Way she actually sings.

Two hotties: Nineone with an R7.

Back now the new Feifan F7. So easy, those names. F and R. I am sure nobody will mix ‘m up. The Feifan F7 is a traditional 3-box sedan with five seats. It has an aerodynamic design with some sharp-edged lines and pronounced fenders. It has split headlights, pop-out door handles, and sporty alloy wheels. There are cameras and sensors on the mirror, on the front fender, behind the windshield, and in the bumpers.

Power comes from a single electric motor located at the rear. Output is 250 kW (340 hp), good for a 200 km/h top speed. Later on, Feifan will launch a twin-motor performance version with a combined output of 400 kW (544 hp). Battery is a 90 kWh ternary lithium battery pack. Feifan will offer two charging options: standard and standard/battery swap. The latter can charge like any EV or swap the entire pack in a battery swapping station. This technology is on the rise in China, with many car makers developing swappable-battery solutions.

The Feifan F7 will debut on the Guangzhou Auto Show in November and launch on the Chinese car market soon thereafter.