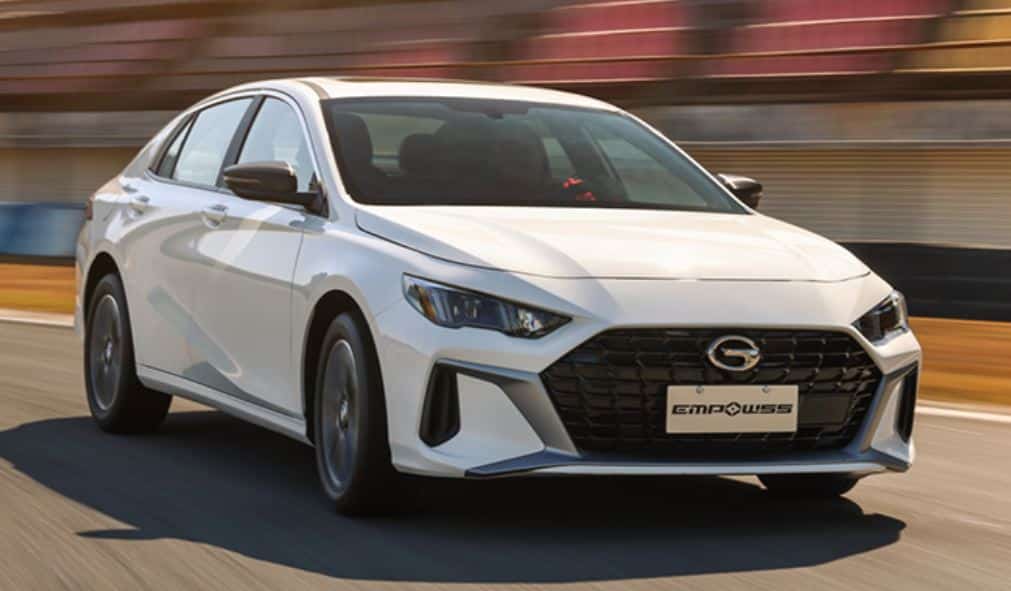 This is the Trumpchi Empow hybrid model, a sedan produced by GAC under the Trumpchi brand in China. The hybrid model is expected to roll off the production line later this year, according to the carmaker.

From the side, the Trumpchi Empow hybrid adopts a fast-back design with the black decorative strip on the upper edge of the window extending to the D-pillar.

The drag coefficient is only 0.26Cd, the same as the gasoline version.

The front has a large grille with long and narrow headlights on both sides of the grille.

In the rear, the split long and narrow taillights along with four exhaust outlets further enhance the sportiness of the car. The HYBRID logo is displayed at the rear lower right.

The interior is embellished with a light blue color scheme. The 10.25-inch central control screen is embedded with the ADiGO (Intelligent and Interconnected Driving) Ecosystem consisting of the ADiGO autopilot system and the ADiGO IoT system developed jointly by GAC and multiple partners including Tencent and Huawei.

The seats adopt a white and light blue color combination, which further enhances the youth atmosphere of the car.

In line with GAC’s ambition to have 60% of their sales being hybrid models by 2030, the Empow features the GMC2.0 Hybrid System developed in-house by GAC along with GAC’s fourth generation 2.0ATK engine + GMC2.0 electromechanical coupling system. The engine’s thermal efficiency is as high as 42.1%. The fuel consumption is as low as 3.6L/100km and the 0-100km/h acceleration time is as low as 7.3 seconds.