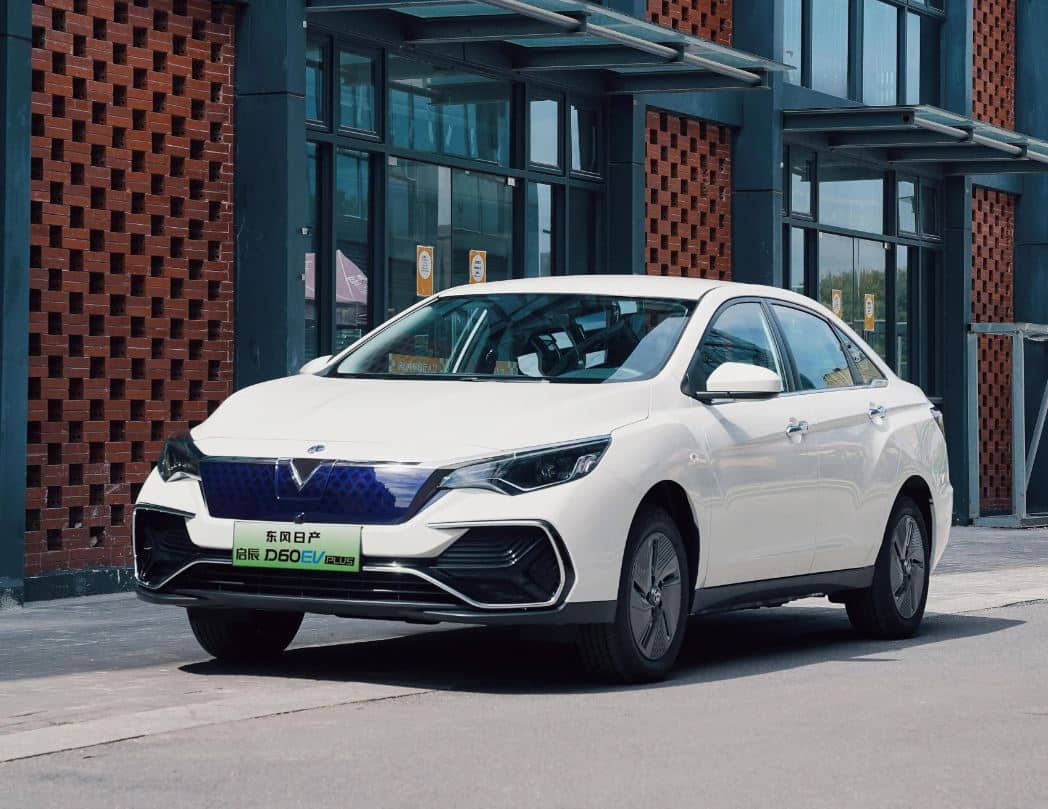 Venucia is a sub-brand under Dongfeng-Nissan, a joint venture that makes various Nissan-branded cars for the Chinese market. The D60 is based on the Dongfeng-Nissan Sylphy sedan:

The Venucia D60EV series sold 22,287 vehicles from January to September this year, according to the carmaker.

The car adopts a 5-seat layout. The low-end models come standard with fabric seats while the high-end model seats are wrapped in leather. The seats are all manually adjusted.

The Venucia D60EV Plus is powered by a 48kWh battery pack. There are two battery pack options: lithium iron phosphate and ternary lithium, with cruising ranges of 420km and 450km, respectively. The power consumption per 100 kilometers is as low as 12.2kwh.