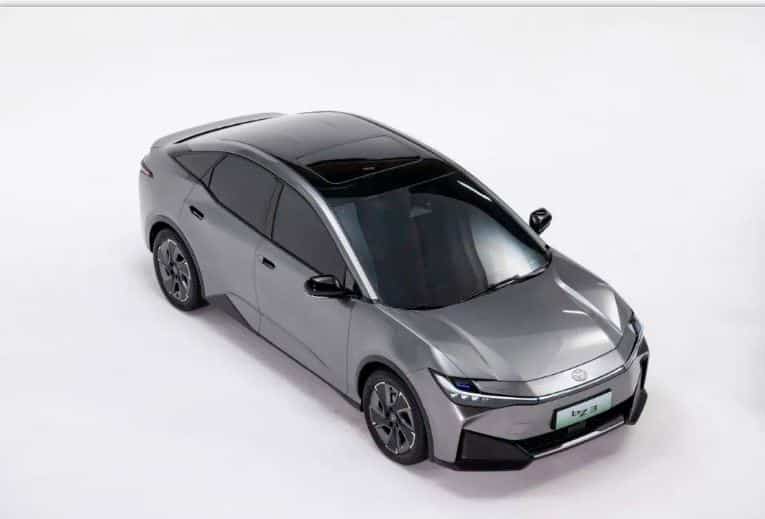 The bZ3, Toyota’s first electric sedan, was announced in China on October 24, 2022. It is Toyota’s second bZ series model to be made in China after the bZ4X. The official launch is expected to be later this year.

The Toyota bZ3 is made at the FAW-Toyota joint venture. It uses BYD’s Blade LFP battery packs and motors supplied by Fudi Industrial, a wholly-owned subsidiary of BYD. The sales will be through FAW-Toyota’s dealerships.

The interior features the Digital Island system that integrates a large vertical center display with a tray-type console. Air conditioning, music, and trunk release can be controlled from the central control screen. Other features include driving assistance functions, wireless charging, and smartphone linking.

The Toyota bZ3 adopts a “special-shaped steering wheel” specifically designed based on extensive field research on Chinese roads to minimize blind spots, according to the carmaker.

I will continue to watch for more information about the Toyota bZ3.