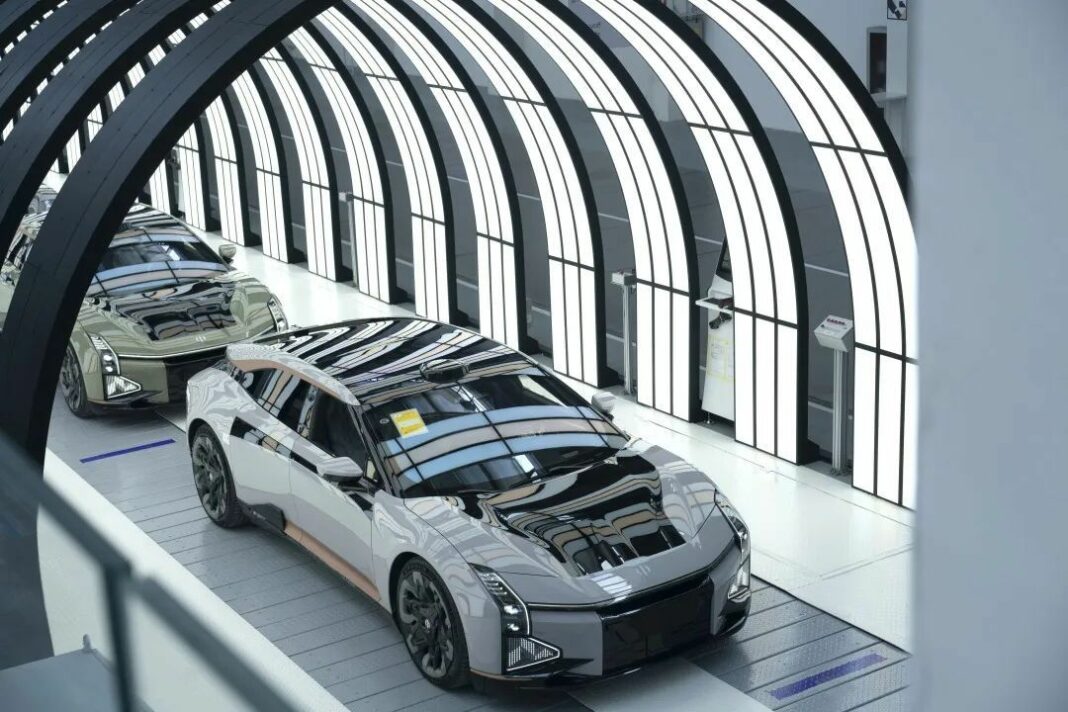 On December 20, the first batch of HiPhi Z officially rolled off the production line in China to be shipped across the country. According to an official statement from the manufacturers, the offline test drive will begin at the end of December, and by January 2023, the HiPhi Z will be ready for mass delivery.

The HiPhi Z is a low-slung sedan with oversized 22-inch wheels and suicide rear doors. Chinese carmakers have been constantly accused of being copycats, but the HiPhi Z has completely original looks and looks like nothing in the market. The Z will likely become another hit for HiPhi, following in the steps of the equally outrageous HiPhi X CUV, HiPhi’s first car.

Overall, the design is brilliant: wide wheel arches, a spoiler that floats above the boot lid, a full-width LED light unit, and a strangely simple black bumper. The HiPhi Z gets rear wheels that can steer or counter-steer up to 13.2 degrees. Additionally, the sedan is equipped with a (semi-)autonomous driving system that consists of smart software, 34 sensors, and the necessary radar systems.

The interior doesn’t disappoint, either. There is no instrument panel, but it has a HUD. However, what catches the eye is the screen. Instead of boring icons positioned along horizontal and vertical axes, the Z uses a 3D cube that holds all the apps. The driver can rotate the cube with his fingers to get to the needed app. At the top are the main indicators like speed, navigation, and range. At the bottom, you’ll find a few fixed buttons for the air conditioning system.

The screen is bolted on a robotic arm, able to swirl and turn around in all directions. The system is called the HiPhi Bot and turns itself to the person who speaks. So if the driver gives a command, the screen turns towards them, and the same happens when the passenger gives a command. To top it off, the screen can also move to the music rhythm played on the car’s 23-speaker Meridan audio system.

While the HiPhi Z has the same powertrain as the X, it gets a larger battery: a 120 kWh unit good for a range of 705 kilometers NEDC. There are two powertrain options. The first is a single motor, rear-wheel drive capable of producing 300 hp and 410 Nm. Alternatively, users can go for the dual motor, four-wheel drive. with 600 hp and 820 Nm. With the dual-motor setup, the Z goes from 0-100 in just 3.8 seconds.

As production begins, the wait becomes shorter, and eager auto enthusiasts can now have a feel of the HiPhi Z. While test drives are expected to begin at the end of this month, and models shipped to different HiPhi hubs across the globe, the automaker hopes to begin mass delivery by January 2023.