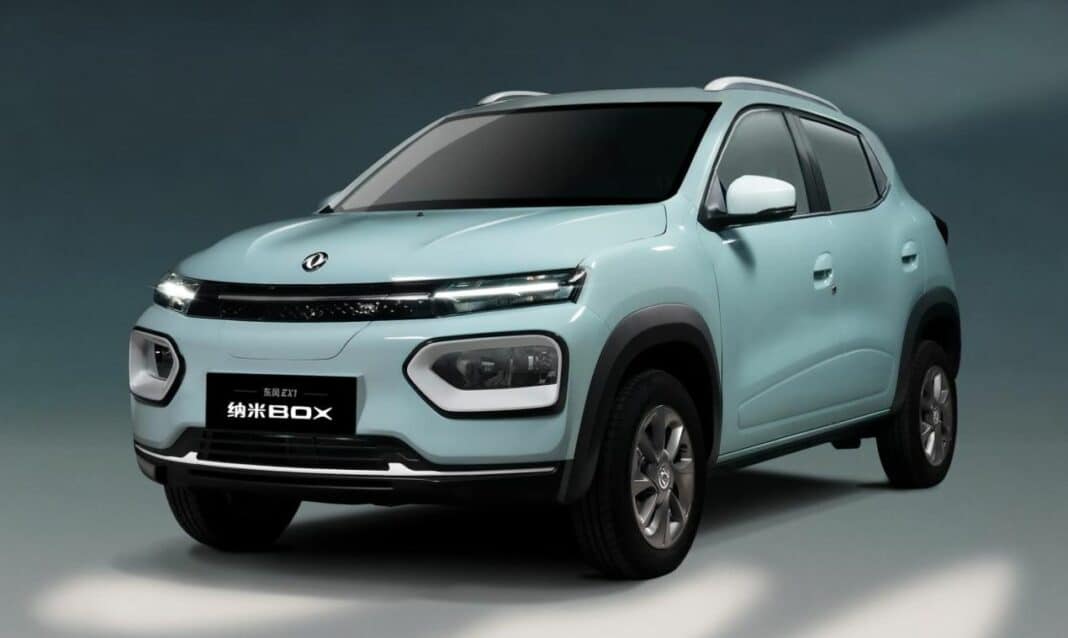 The interior adopts the same two-color design as the exterior. The Nano Box car is equipped with a 7-inch instrument panel and a 10-inch central control screen. The car is connected to an app with functions including remote door control, remote air conditioning control, vehicle positioning/car search, charging management, and vehicle condition inquiry/diagnosis. The seat material is made of fake leather.

The car adopts a 4-seater (2+2) layout, and the rear seats can be folded down.

The newly added models are equipped with a front motor that outputs 33 kW and 125 Nm. Dongfeng claims the car’s official 0-50 km/h acceleration time is 6 seconds. The battery is a lithium iron phosphate battery from CATL with a capacity of 15.97kWh, achieving a CLTC pure electric cruising range of 201km. The entry-level model only supports slow charging which takes 3 hours to achieve a full charge, the other two models support fast charging which takes only 0.53 hours to achieve a full charge.