FAW-Besturn B70 for National People’s Congress 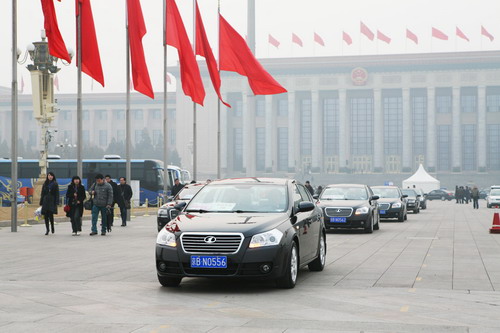 Only two days ago I posted an article about an article in China Daily saying that the government no longer wanted to buy automobiles from foreign-Chinese joint ventures but only from true patriotic Chinese-Chinese ventures. They didn’t lie. The National People’s Congress is in session now in Beijing and the delegates’ limosines of choice are FAW Besturn B70’s.

FAW has joint ventures with a many foreign makes but this one is sold under their own Besturn- name (pssst! it’s based on a Mazda 6 from JAPAN) so it’s all right for the Chinese government. This used to be an exclusive Audi A6 territory, oh the old days are gone… 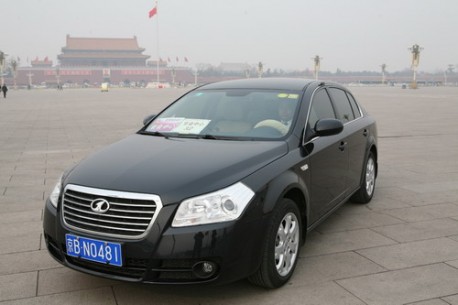 A lone B70 on Tiananmen 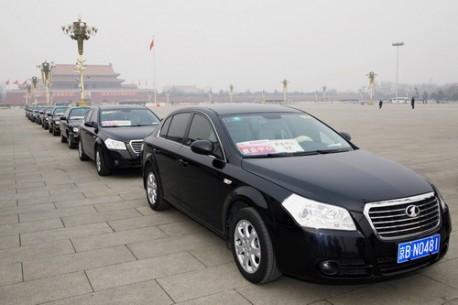 The same car, now with some friends, still on Tiananmen waiting for the delegates to finish their talkytalky.