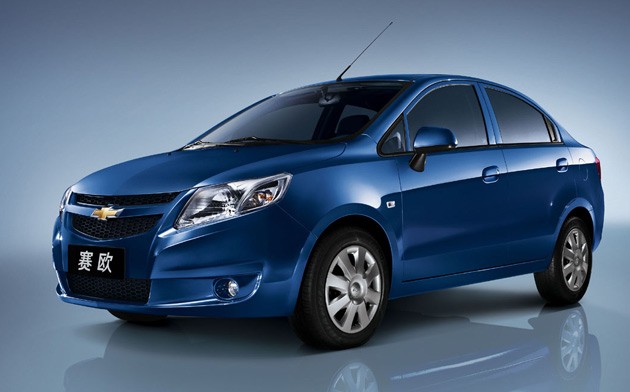 GM sold 176,645 vehicles last month in the world’s largest auto market, after boosting deliveries of Chevrolet vehicles 70 percent to 35,385, the company said in an e-mailed statement on Tuesday. Sales of GM-brand vehicles rose 45 percent to 1.3 million in the first seven months of the year, it added.

The carmaker is counting on expansion in China and other overseas markets to bolster profit as it prepares for an initial public offering as early as the fourth quarter. GM’s first-half sales in China surpassed those in the US for the first time this year as the world’s fastest-growing major economy propelled global auto demand.

“GM has been doing the right things by tapping demand growth in smaller cities with smaller cars,” said Han Weiqi, an analyst at CSC International Holdings Ltd in Shanghai. “When overall demand growth slows in the second half, companies deploying the wrong approaches will be hit much harder.”

GM, which makes vehicles including Buick Excelle cars and Chevrolet Cruze compacts with its Chinese joint-venture partner SAIC Motor Co in China, has added new models at a much faster pace than Ford, CSC’s Han said.

GM, based in Detroit, is refreshing its lineup in China with new models such as the Chevrolet Sail compact and Buick Excelle GT small sedan, the automaker said last month.

The company also makes Sunshine minivans at SAIC-GM-Wuling Automotive Co, a separate joint venture in which the US automaker has a 34 percent stake.