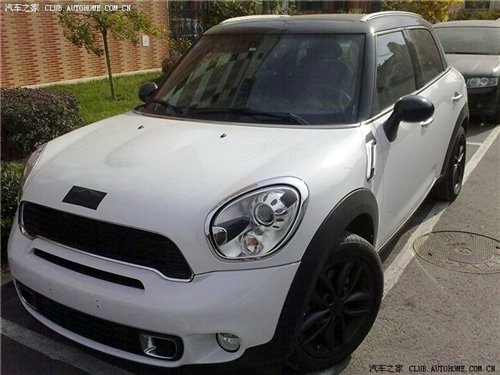 A mildly camouflaged, so we don’t see what it is, Mini Countryman was seen around BMW’s headquarters in Beijing. The imported Mini is selling very well in China so adding the Countryman makes all sense it can. Likely the car in pic was used for some roadtesting to adjust suspension-settings for China’s roads, which in many cases are actually better than roads in old Europe. The cheapest Mini Clubman costs 245.000 yuan in China, plainly redicilous, but the hip pay, and so they will for the Counrtyman.