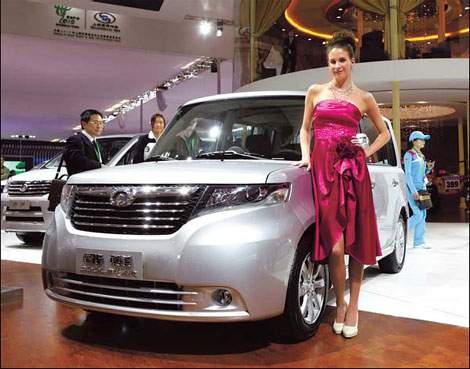 Great Wall Motor realized a year-on-year sales growth of 78.7 percent with a sales volume of 338,000 units in the first 11 months of the year, according to the China Passenger Car Association.

Among the models under the brand, Hover SUV reached a sales volume of 133,000 units. As the top-selling model among domestic SUVs, Hover realized a year-on-year sales growth of 123.8 percent.

Wingle remained the leader among Chinese pickup models, with a sales volume of 91,700 units and a year-on-year growth of 48.3 percent. The Chinese automaker exported 51,000 vehicles – which is 75 percent higher than last year – with a sales margin of over 3 billion yuan ($450 million) during the January-November period.

Great Wall’s good sales performance owes to the company’s sales network. The Chinese auto brand already has nearly 400 sales outlets around the country, and it aims to build another 2,000 sales and service outlets in China – and over 1,000 outlets abroad – by 2015.