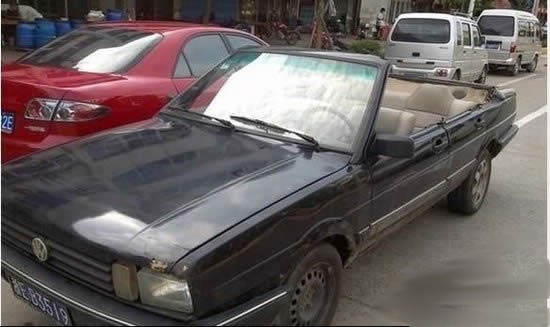 A pleasant surprise in the mailbox this morning. Two pics of a nicely customed Shanghai-Volkswagen Santana. The owner took the roof away to get more sunshine. There is in fact no roof at all so it can only be used in good weather. On the other hand, those old Santana’s will go trough almost anything. 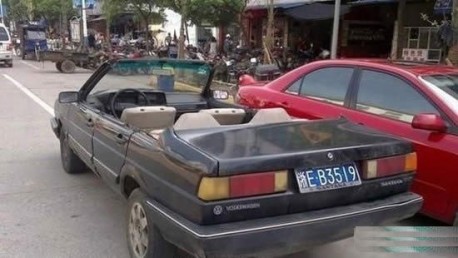 The Shanghai-VW Santana was based on the second generation Volkswagen Passat (B2) that saw the light in 1981 in Europe. It was produced in China until 2006. Zillions are still in use as taxi’s and the wagon-version was very popular with the police.