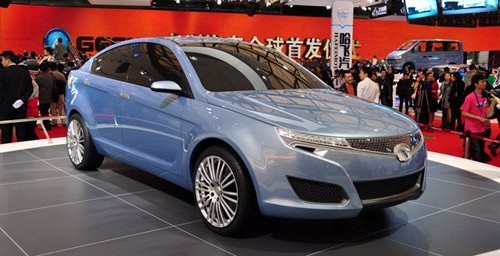 SouEast makes various Mitsubishi’s for the Chinese market and also makes vehicles under the SouEast-name, all based on Mitsubishi platforms. One of those is the V3 based on the old Lancer. Next up is a bigger car called the V5, pic above is the V5 concept from the 2008 Beijing Auto Show. The V5 will debut next year, likely at the 2012 Beijing Auto Show. Engines: 1.5 and 1.8.