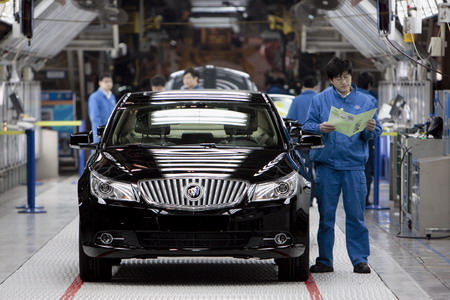 GM sold 184,498 vehicles in China last month, the Detroit-based company said in a statement on Wednesday. Deliveries rose 5.8 percent from a year earlier, compared with a 22 percent increase in January, when sales reached a record 268,071 vehicles.

The carmaker’s venture with SAIC Motor Corp boosted sales 34 percent to 78,207 units amid strong demand for its Buick models, the statement said.

Industrywide auto sales growth slowed in January to 16 percent. The total for February has yet to be announced.

The company also said in an e-mailed statement on Wednesday that Terry Johnsson, vice-president of General Motors Co’s passenger car venture, has resigned “to pursue other career opportunities”.

A replacement for Johnsson, also a vice-president of marketing for GM’s China operations, will be announced in due course, it said.