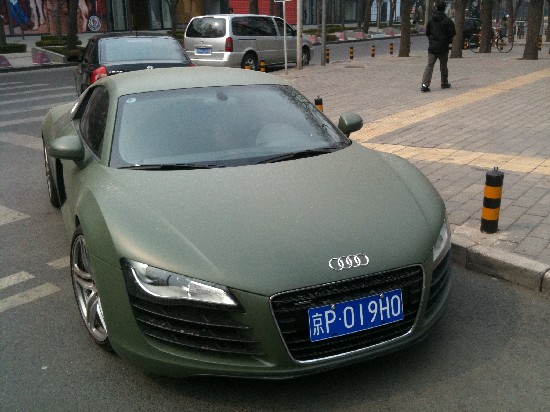 A very good looking Audi R8 in special matte green paint, seen in Beijing’s Sanlitun bar district not far from the CarNewsChina.com headquarters. Audi is on a roll in China, last year it reached an important milestone with 1 million Audi’s sold in China after the brand started operations on the Chinese mainland in 1988. 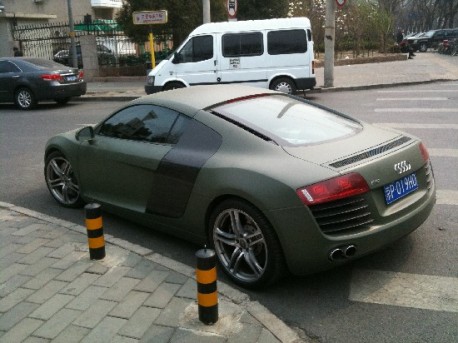 The good news continued in 2011, Audi sold a record 51.951 cars is the first quarter, up 18.2 percent compared with 2010. Most of these are locally produced, Audi currently makes the A6, A4 and Q5 in China, the Q3 will see Chinese production soon. Audi expects China to become its biggest market worldwide this year. Audi does not disclose sales numbers for the imported R8 but the numbers are likely not very high. 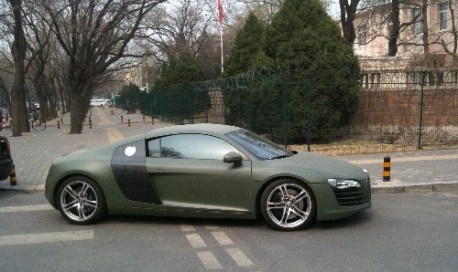 An R8 is a much rarer sight on Beijing’s street than a Ferrari, Lamborghini or Nissan GTR. A matte green Audi R8 is indeed extremely rare, this being the first example in this color I’ve ever seen. Engine was the 4.2 V8.