Nissan to invest $8 billion in China 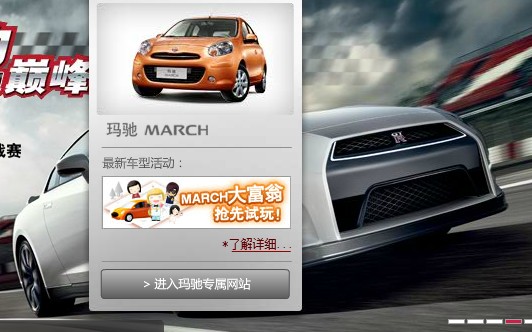 BEIJING — Nissan and its Chinese partner Dongfeng Motor Co. will invest 50 billion yuan ($8 billion) and launch around 30 models in China over the next five years, the Japanese auto giant said Tuesday.

“Nissan’s strong partnership with Dongfeng Motor Corporation has been the primary driver of its robust growth over the past eight years in the Chinese market,” Carlos Ghosn, Nissan’s chief executive, said in a statement.

“The new plan, with its investments in capacity, products and innovation, will ensure that China continues to be Nissan’s largest global market.”

China, which overtook the US to become the world’s top auto market in 2009, has become increasingly important for global players. Auto sales in China rose more than 32 percent last year to a record 18.06 million units.

But the sector has since lost steam after Beijing phased out sales incentives such as tax breaks for small-engined vehicles, first introduced to ward off the impact of the global financial crisis.

The government is considering new incentives to revive the sector. But an industry group predicted this month that auto sales growth was likely to slow this year, despite showing a slight rebound in June.

“You have very low car penetration, you have consumers with very high cash levels and we don’t even have car loans starting yet in China,” Scott Laprise, a Beijing-based auto analyst with brokerage firm CLSA, told AFP.

Sales of the first passenger vehicle sporting the Dongfeng Nissan brand Venucia are scheduled for next year, and a total of five new models will be launched under that brand.

The two firms will also build a new manufacturing facility in the eastern province of Jiangsu, which will reinforce existing plants in other parts of the country to achieve the 2015 sales target, Nissan said.

Another passenger vehicle-producing plant in the southern province of Guangdong is also due to start operations in 2012, and a separate factory in central China is to be inaugurated this year.

Klaus Paur, China managing director for Synovate Motoresearch in Shanghai, said the Nissan-Dongfeng joint venture had a good position in the Chinese market.

“They believe that the lower-tier cities and the inland markets have potential, and they are ramping up production capacity in order to be ready to cater for that demand,” he said.

Partly acknowledging this, global ratings agency Moody’s on Tuesday upgraded Nissan by one notch to Baa1 — the eighth best rating on a scale of 19 — citing the automaker’s profitability and its global market position.

It also cited Nissan’s improving operating profit margins and balance sheet in the years since the global financial crisis.

In June, Nissan’s global production grew 18.5 percent year-on-year to 419,831 units, while that of Japan’s Toyota and Honda declined by 7.9 percent and 44.5 percent respectively.