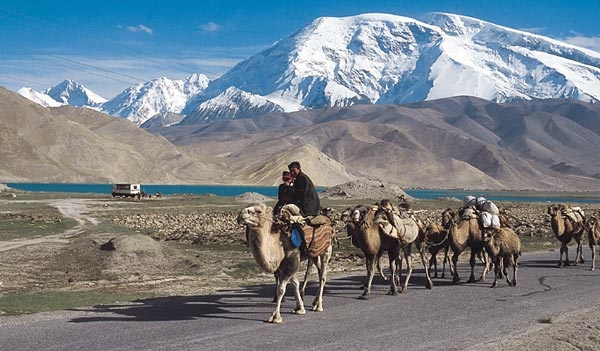 Automakers find out they can sell cars in the remote and barren Xinjiang Uygur autonomous region, better known as ‘Xinjiang Province’. They indeed go very far for profits. Read on:

URUMQI – Both domestic and foreign auto brands are expanding their sales networks in the Xinjiang Uygur autonomous region to meet increasing demand locally and to make Urumqi, the region’s capital, a key future market for auto companies.On Aug 3, the first day of the Xinjiang International Auto Expo, more than 1,200 cars were either sold or ordered. 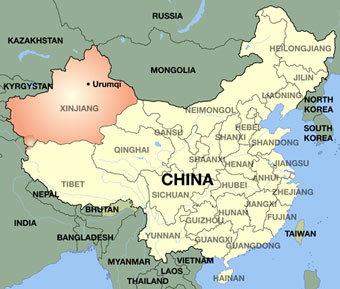 The organizers said the biggest difference at the expo this year compared with previous events is that many high-end brands have attended and have received good returns.

Li said the sales growth of BMW in Northwest China is higher than in other areas of the country and the company is working on expanding the number of dealerships and promoting the brand across the region.

“We have a threefold task in Xinjiang: building our brand; increasing sales; and complementing the after-sales service,” Li said. “We sold 84 BMWs in Xinjiang in July, which is a very good result. I’m pretty confident with the potential high-end auto market in the region because of the strong purchasing power.”

Mercedes-Benz brought 24 models to the expo, with prices ranging between 200,000 yuan ($31,000) and 3 million yuan. According to the company, it had sales growth of 59 percent nationally in the first half of the year. In Xinjiang, however, the figure was 130 percent.

However, the prices of Mercedes-Benz and BMW autos are still too high for major consumers in Xinjiang, said Li Qing, manager of the marketing department of Xinjiang Huasheng Auto Trade Co Ltd.

He said Subaru (the automobile unit of Japan’s Fuji Heavy Industries Ltd) has a price advantage over the other two brands.

Li said the company has eight outlets in cities in Xinjiang and will increase that number soon.

“Five years ago, we seldom saw a car with a price of more than 1 million yuan on the roads in Urumqi, but now it is common,” said Li. “Therefore, we are paying great attention to this market.”

Facing fierce competition from foreign auto brands, the domestic outfits are also working hard to get a share of the market.

Chongqing Lifan Automobile Co Ltd only had one dealer in Urumqi in 2006, but now it has 12. The company is considering expansion, said Chen Lei, manager of Chongqing Lifan, Xinjiang and Tibet Area.