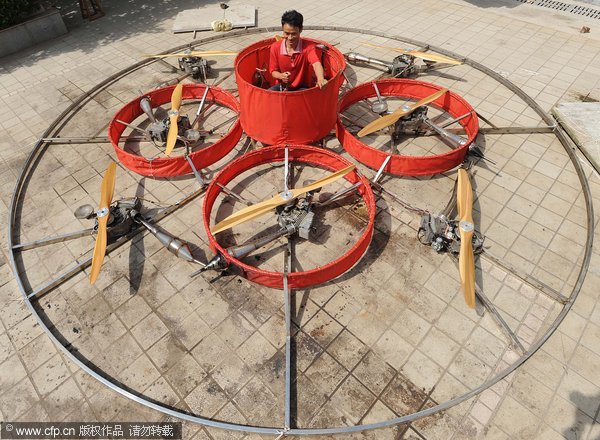 The brilliant Chinese farmer Shu Mansheng builds a flying device in front of his house in Jiangxia District, Wuhan City, Central China’s Hubei province. The round steel device, 4 meters in diameter, has eight motorcycle engines and a propeller on top. In the center is a cabin that two people can sit in.

Although he has only a high school degree, the 46-year-old farmer has been teaching himself mechanics and electric work. On April 30 last year, he managed to fly his home-made plane but got injured on the second try, on May 10. Since then he invested 60,000 yuan (9386 US dollar) )on making a UFO-like flying device. 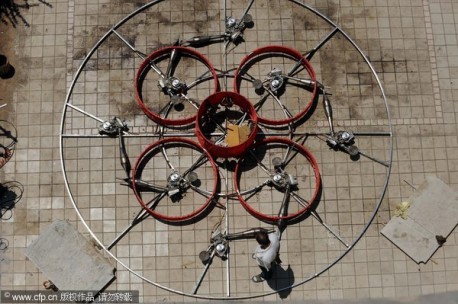 Shu said he is making all this effort to attract public attention and seek support to build a special school where children can learn about subjects they won’t have in regular schools. Unfortunately, even his family doesn’t support his idea.

Shu said he will continue to improve his flying device’s performance.

Movie shows Shu explaining his machine, he starts the engines and… goes up in the air, a bit.