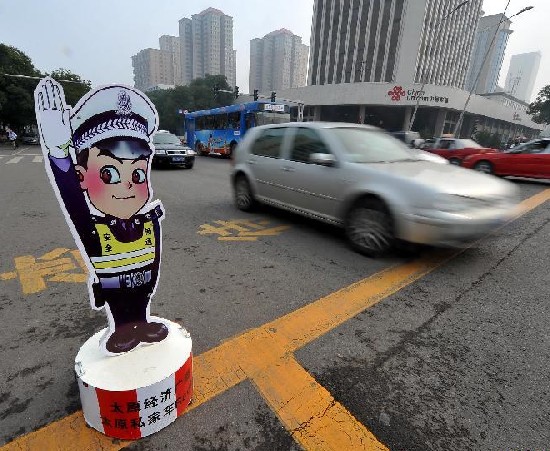 A cartoon figure of traffic policeman is seen on a high street in downtown Taiyuan, capital of north China’s Shanxi Province, Aug. 25, 2011. The cartoon policeman was placed here by local traffic police department as a notice for the public to abide by traffic rules.

Well, would you believe it? As far as I know Chinese traffic, nobody will give crap about some ‘cartoon policemen’. 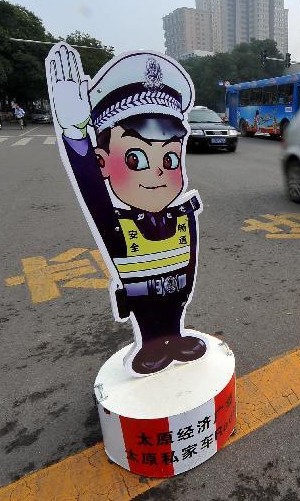 Still, a nice try, and necessary. The number of traffic policeman hasn’t kept up with the enormous growth of cars in China. On many roads, especially outside the main cities, drivers can do pretty much what they want. Cartoon police to the rescue! 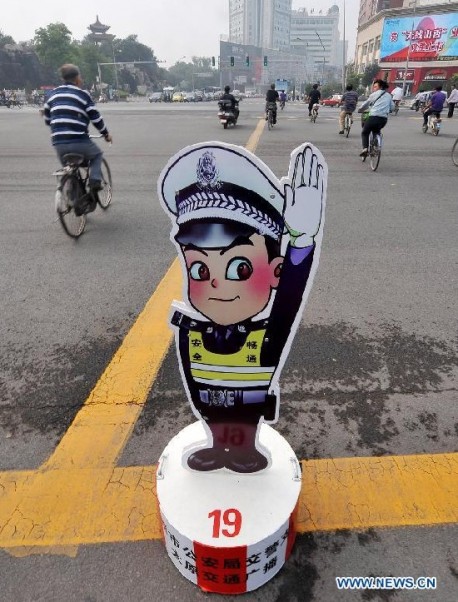 But… what if the light is green?