SAIC ‘ready’ to pare stake in joint venture with GM 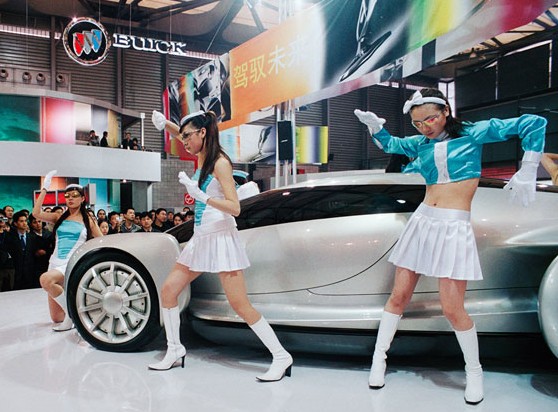 SAIC Motor Corp is ready to give up its majority ownership in a car venture with General Motors Co (GM) as long as Shanghai GM’s revenue can still be included in its books, two people familiar with the matter said on Thursday.

Under Chinese accounting rules that came into effect in 2010, a subsidiary’s revenue can be reflected in the books of the parent only if the parent is the majority shareholder.

That means that if SAIC, now with a 51 percent stake in Shanghai GM, cannot show it has control in one form or another, the revenue generated by the venture cannot be counted as part of its overall revenue.

“That’s a very important issue for SAIC. It had made it clear to GM that it would have no problem to let go of the 1 percent stake as long as Shanghai GM’s revenues can be still be fully reflected in its own financial results,” one person with knowledge of the talks told Reuters.

Shanghai GM was previously a 50-50 partnership.

In a deal the two sides signed in 2009 when GM was trying to raise cash to avoid bankruptcy, there was an option allowing GM to buy back the 1 percent stake in the venture it sold to SAIC for $85 million.

Although both automakers have said that the terms of their collaboration haven’t changed, SAIC now ranks as the majority shareholder in the joint venture with a 51 percent holding.

Last month, GM Chief Executive Daniel Akerson said the US automaker has told its partner it wanted to buy back the stake as agreed.

GM said in an e-mailed statement that both parties are interested in completing the transfer. However, there is no specific timeframe or deadline for the transaction.

Akerson said that he expected to close the deal after SAIC completes an internal asset restructuring.

A SAIC spokeswoman said discussions between the two sides had started even before the 2009 deal was signed and the Chinese automaker has been seeking a solution that is beneficial to both sides.

“A stake buyback is important for GM and so is the technical issue for SAIC. They understand each other’s position very well but just need to work out something acceptable to both,” said another person briefed on the matter.

One possible option would be to incorporate a sales company for Shanghai GM that would be majority-held by SAIC, but GM might find that unacceptable, one analyst said.

Since the Buick Century rolled off the assembly line in December 1998, one year after the Shanghai car venture was incorporated, GM and SAIC have set out on a road to success in China, the world’s largest car market.

It continued to shine amid a sharp market slowdown, reporting 26.1 percent sales growth from January to July, outperforming a 5.9 percent gain in China’s car market, with the Buick Excelle and Chevrolet Cruze making it to China’s top 10 best-seller list.

To build on the success, GM is exploring making an all-electric subcompact car for the Chevrolet brand to be marketed as the Sail in China, the Beat in India and the upcoming Sonic in the United States, sources have told Reuters.

SAIC was an investor in GM’s November 2010 initial public offering, taking a 1 percent stake in GM as it returned as a listed company after its 2009 bankruptcy.

Sales of Shanghai GM make up roughly 30 percent of the overall tally of SAIC, which also operates a venture with Volkswagen AG.