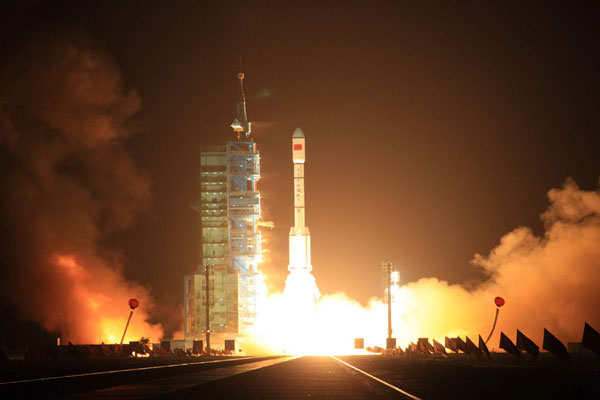 No cars in this article, only space. China has entered the space race a bit late but they are catching up very quickly. Yesterday evening at 21:16 saw the launch of the unmanned Tianggong-1 ‘space module’, an experimental module that will serve as a test platform for China’s first space station that will hit the big black in 2020.

Tiangong (Heavenly Palace) will be used for three docking experiments, the first two unmanned, the last one manned. The rocket that got Tiangong-1 into space wat the incredible powerful 62 meters high Long March II-F carrier rocket with four big boosters.

I’ll leave to story to ChinaDaily from here on: 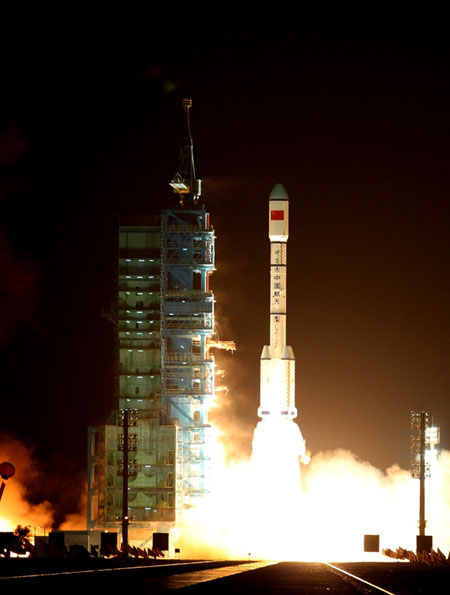 The unmanned module, carried by Long March II-F T1 rocket, will test space docking with a spacecraft later this year, paving the way for China to become the third country in the world to operate a permanent space station around 2020.

The Tiangong-1 will orbit the Earth for about one month to await Shenzhou-8 unmanned spacecraft. Once the two vehicles successfully rendezvous, they will conduct the first space docking at a height of 340 kilometers above Earth surface.

After two docking tests, Tiangong-1 will await Shenzhou-9 and Shenzhou-10 in the next two years, according to a plan of China’s manned space program.

The 8.5-tonne Tiangong-1, with a length of 10.4 meters and maximum diameter of 3.35 meters, provides a room of 15 cubic meters for two to three astronauts to live and work.

Moreover, scientists on the ground will also conduct experiments on photonic crystal, a new material expected to revolutionize information technology, in the low-gravity environment inside the Tiangong-1 as these experiments would be extremely difficult to conduct on Earth’s surface.