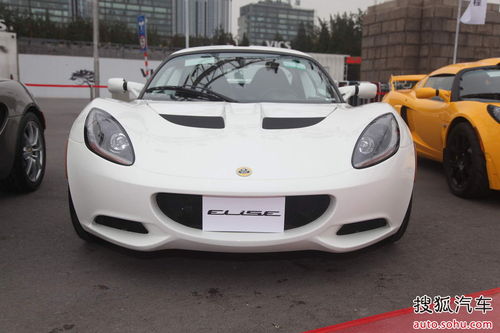 China is crucial to British sports and racing car brand Lotus’ revival in the global market, with the country expected to generate more than one-fourth of its total sales within the first four years of operation, said a company executive.

“We see China as absolutely the most important market for us to further develop around the world. Although we’re just entering the market with the most potential today, we believe that within one year, China will replace Japan as our biggest market in the Asia-Pacific region.”

Contributions from China will “help the Asia-Pacific overtake Europe and North America to be the largest regional market for us by the end of 2012,” said Christopher Nicoll, general manager for Asia-Pacific region at Lotus Cars.

He said that in its first year in the China market, which will be in 2012, Lotus hopes to sell more than 300 vehicles, equivalent to total sales in Japan last year.

“By 2015, we expect China to contribute 25 to 30 percent of our total sales,” added Nicoll. Lotus Cars sold 2,700 vehicles worldwide in the last fiscal year.

Chief Executive Officer Dany Bahar said earlier this year that the brand hopes to sell 6,000 to 8,000 sports and racing cars a year globally by 2015, as part of a five-year revival plan to emerge from 20 years of stagnation.

The British traditional car brand opened its first showroom in Beijing and officially began selling its cars in China on Wednesday. According to Nicoll, Lotus will add three showrooms – in Shanghai, Guangzhou and Chengdu – by the beginning of 2012, and it will have 30 dealerships nationwide by 2014.

“We think it’s just time for us to enter the China market, as China’s sports car market has displayed strong growth in recent years and has been the base for all the niche brands,” said Nicoll.

“Chinese sports car fans’ enthusiasm for our brand also makes us confident about the market.”

“The wide range of our product portfolio will also support our long-term aim of establishing the Lotus brand in the world’s biggest automobile market,” said Nicoll.

“We will also take Chinese consumers’ requirements into consideration seriously”, he said. To win in the China market, Lotus has started to offer automatic transmission versions of its sports cars.

China has become the top potential market for premium and sports car brands, driven by the personal wealth creation of its economic dynamism, said analysts. China has greater potential for sustainable growth than any other region, they said.

According to the 2011 World Wealth Report by Capgemini SA and Bank of America Corp, the number of dollar millionaires in China grew by 12 percent to 534,500 this year, ranking the country fourth behind the US, Japan and Germany.

Stock market returns and increases in the value of real estate drove the wealth boom.

Stephan Winkelmann, president and CEO of Automobili Lamborghini Holding SpA, told China Daily in September that he expected China, by next year at the latest, to be the largest market for the Italian super sports car company, with annual sales of 300 cars.

Amedeo Felisa, CEO of Ferrari SpA, earlier this year said that he believed China would be Ferrari’s second-largest market in the near future. He forecast Ferrari’s China sales would double to 600 units this year.

The German premium sports car maker Porsche AG predicted its sales would surpass 20,000 vehicles this year, up more than 40 percent.