What are these men taking pictures from? 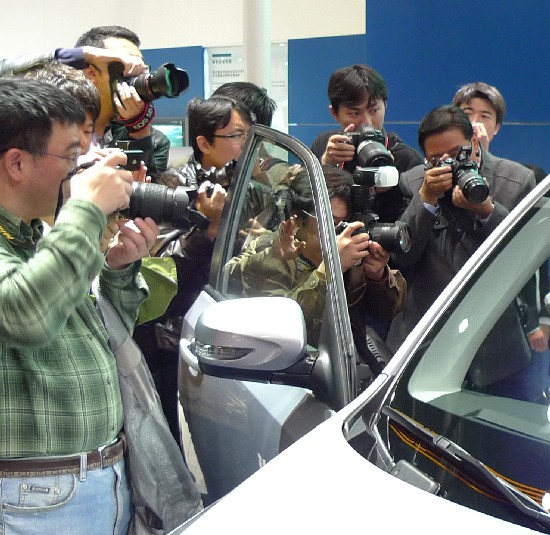 A scene at the ‘Imported Auto Show’ last weekend in Beijing. What are these men taking pictures from? The dash of a new car? The passenger seat of a new car? A new car? No, no and no. Read on… 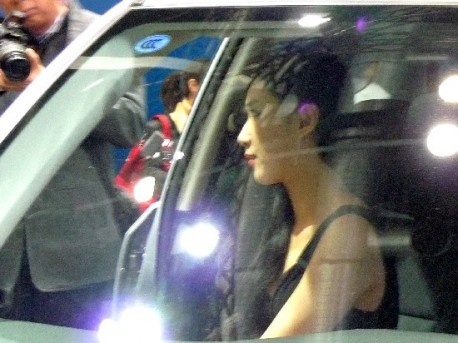 It was a model, clearly extremely uncomfortable with the situation. Car by la way was a rather boring Subaru Forrester. I can so imagine that Subaru needed to spice things up a bit to get some attention. 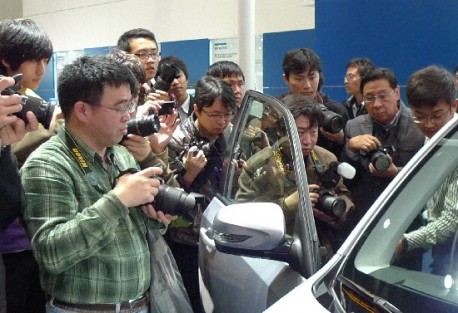 This went one for about five minutes until finally a brave man from Subaru appeared, far right, who managed to get the ‘journalists’ to move back a bit. 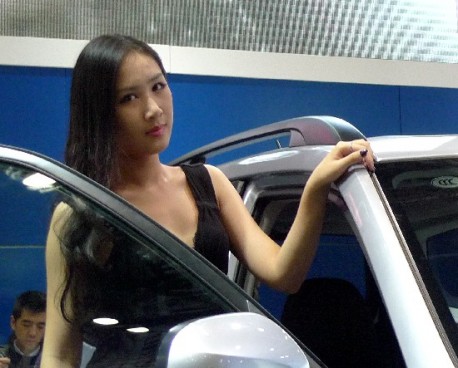 Same girl, at a more quit moment some time later. She still seems a bit sad, standing next to a Forrester.