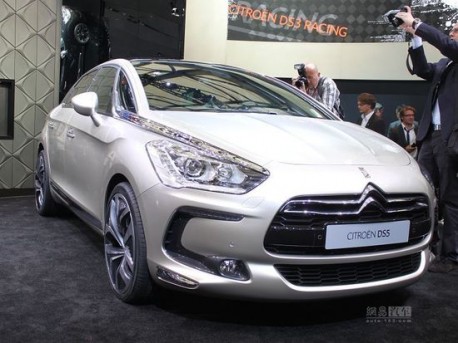 A ﻿﻿﻿﻿﻿﻿﻿new joint venture (JV) between the China Changan Automobile Group and French automaker PSA Peugeot Citroen will start production in the middle of 2013, Changan’s chairman Xu Liuping said Sunday. Production will start with Citroen’s DS-line of vehicles, including the DS3, DS4 and DS5.

The venture will have an initial annual output capacity of 200,000 vehicles and engines and will gradually increase capacity in accordance with market demand, Xu said at the company’s founding ceremony, held in the city of Shenzhen in south China’s Guangdong province.
PSA and Changan signed a contract for a 50-50 manufacturing joint venture in July 2010, with an initial investment of 8.4 billion yuan ($1.3 billion). The project was approved in July by the National Development and Reform Commission (NDRC).

The venture will sell Changan and Peugeot brands, as well as its own brand. It will initially focus on introducing the Citroen DS line in China next year.

The venture will also set up a center for developing new, environmentally friendly vehicles.

China plays an important role in PSA’s development strategy, said Philippe Varin, the company’s chief executive. PSA is confident that it will bring better products and service to China through its cooperation with Changan, he said.

The venture is a milestone for future pair-ups in China’s auto sector, as it aims to become a manufacturing company with development and research (R&D) capability instead of simply an assembly workshop, according to a NDRC official who declined to be named.

The government has encouraged carmakers to build JV brands with foreign partners over the past three decades in order to boost the domestic auto industry.

Despite China’s top position in sales, the country’s auto industry still has a long way to go, as it does not possess state-of-the-art technology or world-famous brands.

Currently, about 70 percent of cars produced in China come from JVs, which have essentially become workshops for foreign carmakers without R&D capabilities.

The NDRC official said the government welcomes foreign investment in the auto industry, adding that the way in which the two sides cooperate still needs to change. New JVs should operate in line with China’s industrial policies, establish R&D centers and develop energy-efficient cars, the official said.

The rule also applies to existing JVs if they want to expand production in China, the official said.